An article I read about a petition by parents to get Montgomery County school to start schools at a later time made me laugh in annoyance. This is folly. We need schools, especially high schools, to start early to ensure both the maximum instructional opportunity and available time for teenagers to socialize, who need both at this crucial time in their lives.

High schools should start early, followed by middle and elementary schools. I do agree that first graders should not be at bus stops at 6:30 am. But high schoolers are a different manner and the reason why I thought this effort in Montgomery County was absurd.

I broke down the argument in the petition:

When teens get the required 8.5 to 9 hours of sleep:

You can get eight to nine hours of sleep when school starts early. It all depends on when you go to sleep. It’s called Parenting 101. Structure your children’s schedule and teach time management behaviors that will allow them to get sleep. I didn’t get that; therefore, I stay up too late and get up too early.

I teach at the school where the start time is 9:30 am. We have tardy students. I know some colleagues who have moved to earlier schools, and they report no difference in truancy.

They sleep less in class,

Again, I teach at a school with a 9:30 am start, and my students still sleep. Never mind that it probably has to do with my boring class. Teens will stay up unnecessarily late if they do not have adequate time after school to play sports, do homework and socialize.

They get in fewer traffic accidents

I’m kind of curious where this fact comes from, seeing as most fatal teen crashes I’ve read about have occurred at night. Having covered this particular issue as a reporter, I have learned the deadliest time for teen drivers is at night. On Saturday. In the summer.

They’re teenagers. Not to downplay the real issue of  teenage depression, but they are likely to display angst and anger no matter what time it is.

My big problem with late school starts is the late release. Think about: Most of the school year is spent between the autumnal equinox (Sept. 21-23) and the vernal equinox (March 20-21), meaning that most of the school year is during days with less than 12 hours of sunlight. Maybe depressions stem from getting out of school with just less than two hours of sunlight remaining. I remember getting home at 4:30 pm from high school in December and January and feeling bummed out that it was practically dark. Football and soccer had to wait until the weekend.

Starting school before 8:15 AM, without a doubt, undermines optimal academic achievement.

Really? According to U.S. News World and Report, these are the top three schools in Montgomery County, along with their start times:

There are also other advantages to earlier start times:

I fully went into this blog entry hoping to provide evidence to the sound reasoning stated above. So to the interwebs I went in search of evidence to support the logos behind my argument, but I failed. The science seems to be against me and for the petitioners. Medical journals, education groups and others actually support late starts, preferably 8:30 or later. The claim of teenagers having different circadian rhythms than little kids and adults has been scientifically validated.

Then I realized that my opposition to early start times focuses just as much on me as it does the students. My arguments are teacher-centered and support ways teachers can utilize early starts to enhance instruction.

But should we ignore the needs of the teachers who provide the education?

As I get older, my circadian rhythm is changing and making me an early-riser. By 4:30 pm, I’m too tired to plan, grade, and be an effective coach. If my school let our two hours earlier, I could accomplish so much more without being exhausted. Yet the arguments I have for students being able to do work after school during an early start could easily be inverted into a counterargument about using early morning hours to get my work done with a late start.

So what matters the most – students or teachers? Both in my opinion. Teachers must value the needs of the students, but without happy and healthy teachers, education is ineffective.

Let’s shoot for a compromise. High schools should start between 7:45 and 8:15 am. Teenagers need to learn to juggle early morning tasks, but they will get home early enough if they need to rest and recover. Educators can still have time after school to plan, grade, and tutor, but it’s not so early that teachers are as bleary-eyed as their pupils.

Or we could simply expand the school day to eight hours from 9 am to 5 pm and have a day off to hold conference, planning sessions, project-building sessions and intervention session – and give everyone a much-needed break from the classroom. But that would be innovative, and sadly public education is anything but innovative. 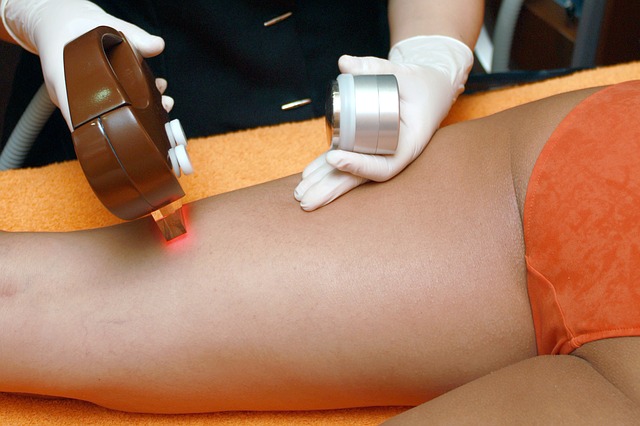 Interested in Laser Hair Removal? 5 Simple Facts That You Should Know

3 thoughts on “Do schools really need to start early? How about Parenting 101 classes instead?”