Whatever happened to the Mafia’s code of silence? You know, all that show business stuff featured in the movies by actors like Robert De Niro, about a so-called “Omerta.” It deals with the refusal of a made-man to talk about his criminal activities. Well, sometimes it takes a holiday.

Enter the book, “When the Bullet Hits the Bone,” by the Brooklyn-born mobster, Anthony S. Luciano Raimondi. The subtitle reads: “The Incredible and Possibly True Stories of the Last Mafia Enforcer.” Underscore “possibly.”

There are some crime tales here, especially, the one about the author being in on a “hit” on the late Pope John Paul I, in the Vatican itself, that will make you wonder about its credibility. I’ll get to that matter a little later on.

As a youngster living in Brooklyn on Baltic Avenue, the author recalled the living room of his home often filling up with gangsters with their “golden jewelry and diamond rings.” Try this for a who’s who of the Mob: Frank Costello, Joe Columbo, Carmine Galante, Carlo Gambino, Meyer Lansky, and Charley “Lucky” Luciano. The latter was one of the prime architects of the “Five Crime Families” of New York City. He was also the author’s uncle. 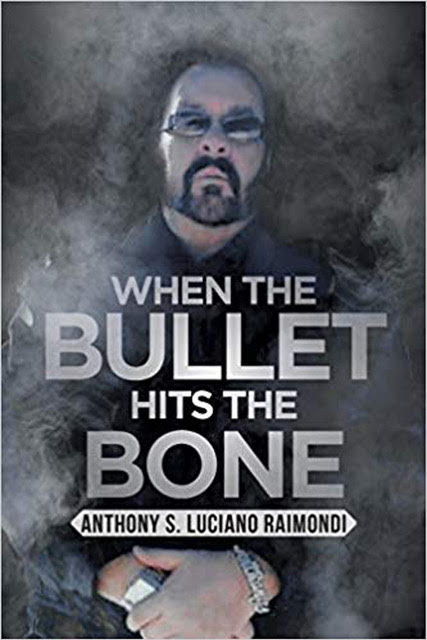 What happened to those wise guys? Well, Costello, on May 2, 1957, came close to being rubbed out by a shot to his head. Later, he chose to retire. Meanwhile, Galante was murdered on July 12, 1979, with the approval of the crime bosses. He had just finished his lunch at a restaurant in Bushwick, Brooklyn. He still had his familiar cigar in his mouth. Galante had boasted, “no one will ever kill me.”

Growing up in that kind of Mob-dominated environment, it’s not hard to understand how Raimondi always “wanted to be a gangster.” While in grade school, the author related a story about his first brush with death.

It was on Friday, December 16, 1960, a United Airlines DC-8 collided over LaGuardia Airport with another plane. It crashed in the Park Slope area of Brooklyn, killing all 128 people on both aircrafts and six people on the ground.

The author, then eight years of age, was in the third grade at St. Augustine RC Church, which was directly in the path of the crashing plane. His teacher, when she heard the massive air explosion, shouted for the class to, “get under their desks.” Raimondi, true to his defiant nature, declined.

He recounted how “he raced to the window to see what was going on.” As a result, “shards of glass” went into his face and head. He was really lucky no glass went into his eyes. The author boasted: “I saw ‘Death’ sitting on top of the plane, and he waved to me.”

As a fourteen-year-old, Raimondi told a story about how he had a run-in with a girl his own age. She told her boyfriend about it, who then came after the author “with an iron pipe.” But, Raimondi was too quick for him, “stabbing him three times.” The victim, although badly injured, was “persuaded” -Mob style -not to i.d. his assailant.

There are three or four more stories like that one in the book. Fast forward to the author’s first killing. At age nineteen, he had a run-in with a made-man, who was violence-prone and an ex-con, k/a “Sally Burns.”

When Raimondi confronted Burns in a local bar, Burns reached for his gun, but he was too late. Raimondi already had his weapon out. He emptied the whole clip, thirteen shots, into the hapless victim. Almost like nothing had happened, the author returned to his rackets: “running numbers, shylocking and doing horses.”

Soon, however, the author was under arrest for murder. A deal was made for him to serve 18 months, but then the Feds slapped him with a federal offense for violating the Civil Rights of the victim. He got 99 years in the slammer!

The author’s wise guys/legal team had to pull off another deal. Instead of jail, Raimondi became a U.S. Marine and was shipped off to Vietnam, as part of a “sniper” unit, where he evolved into “a one-man killing machine.” For five years, he did honorable service, in both Vietnam and Cambodia, and even survived a surprise stabbing by an enemy soldier.

In 1975, when he returned home to Brooklyn, the author was treated as a hero by the locals. Not long after he got back, however, he got into a heated dispute about “a deal” that went south. As a result, he was shot and wounded in a drive-by shooting. He survived. Later, Raimondi found out the names of the four shooters. Soon, they would get whacked! That author didn’t claim credit, but he didn’t lose any sleep over it either.

Raimondi spent a whole chapter writing about how things were so good for his rackets in Brooklyn when the late Ed Koch was Mayor of New York. He claimed Bess Meyerson was his bag lady. Who knew? The author loved Koch so much, they even held fundraisers for his re-election bids. Koch served 12 years in that office. The author claimed he had illegal casinos and shylock money “and Koch got a piece of everything.”

There’s a lot more shoot’em up, betrayals and blood-filled actions included in the book, along with the author’s views on who really pulled off the Lufthansa heist at JFK Airport, in December 11, 1978. I thought it was a gangster named Jimmy Burke. Henry Hill was one of his cronies. But, Raimondi claimed the real genius behind the multi-million dollar robbery was – surprise – Meyer Lansky!

Along his criminal path, the author had become an “enforcer” and made man of the Columbo family.

The author, now 68, and suffering from cancer, supposedly quit the rackets because he didn’t “need that sh..t anymore.” Things had changed too much and it was “time for him to leave,” according to one news report.

All of this brings me to Raimondi’s supposed role in the 1978 murder, in the Vatican, of Pope John Paul I. His Holiness was making noise about exposing a racket run by Cardinal Jacob Marcinkus, head of the Vatican Bank. Marcinkus’s gang was making copies of Vatican-owned stock certificates – worth hundreds of millions of dollars – and selling them as though they were genuine. Marcinkus was a relative of Raimondi’s.

Raimondi claims he was in the Vatican at Marcinkus’s request when the Pope “was clipped in September 1978.” It was the author’s plan to “oversee its execution” by taking the Pope out but without showing any traces of violence.

According to Raimondi, they knocked the Pope out by putting valium in his tea. Then, they put “pure potassium cyanide in a glass eyedropper,” and placed it between his lips, “while he was passed out.” The foul deed was done. The cover story was that the pope had died from a heart attack. The deceased was quickly buried. No autopsy was performed.

(Marcinkus was named as a possible accomplice in the supposed murder of Pope John I by author David Yallop in his book, “In God’s Name.” The cleric, however, was never charged with any crimes. He retired to Arizona and died there on February 20, 2006, at the age of 84.)

As for the once-holy Vatican, the author said: “They were worse than any wise guys you could imagine.” Ouch!

Summing up, “When the Bullet Hits the Bone,” is a good read if you like crime books. It has its flaws, but still, it works as a solid narrative, which will hold the reader’s interest. I’m giving it three out of five stars. I’m also expecting it to be made into a very entertaining movie. 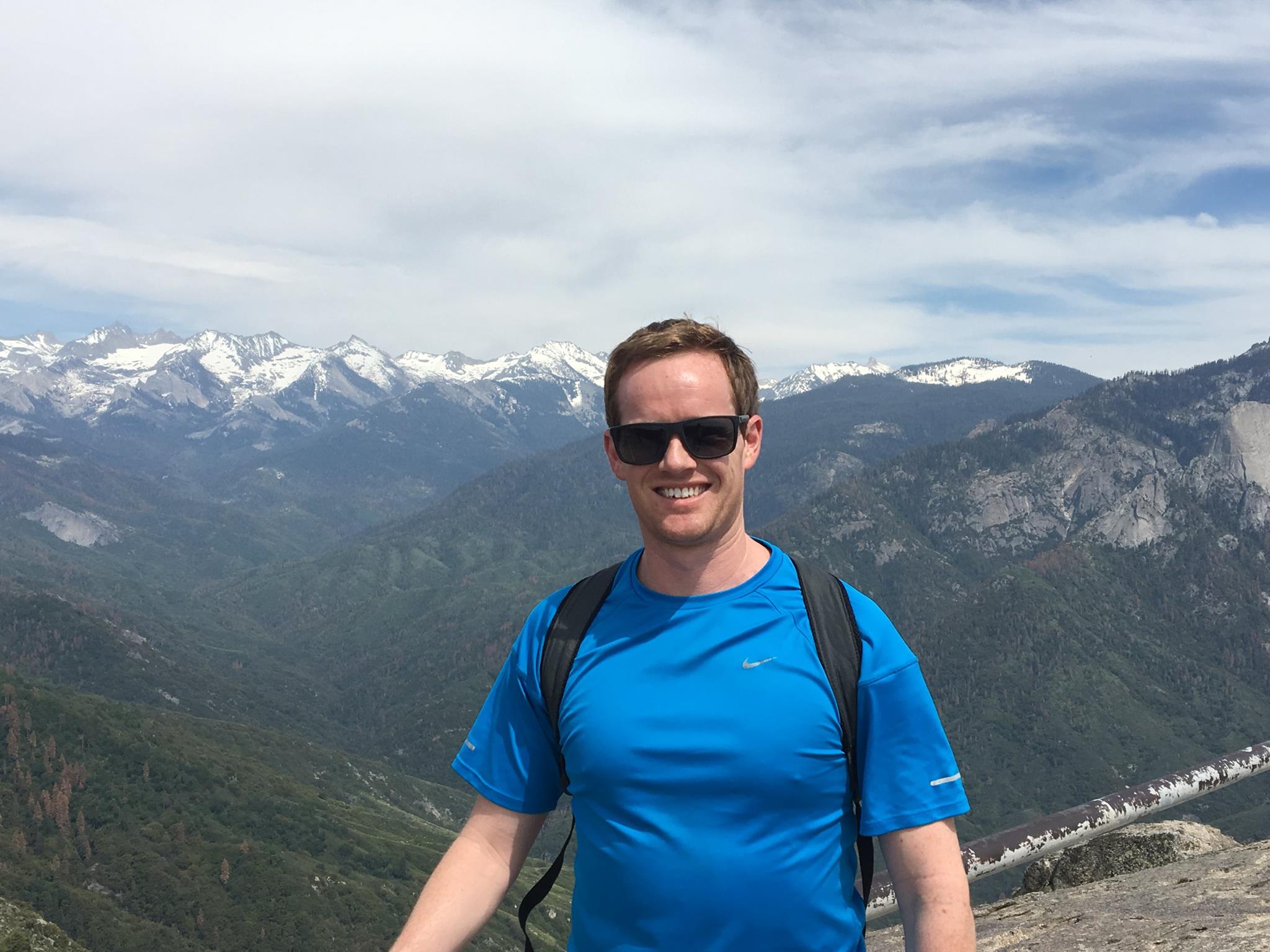 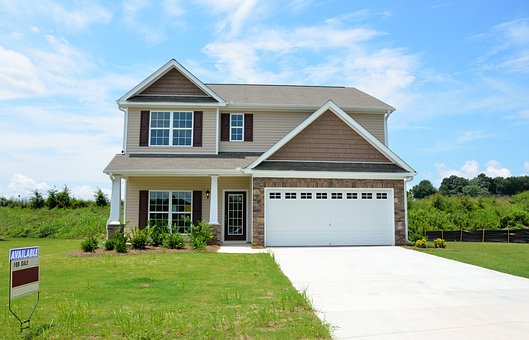 Are there any good Moving Companies in Tennessee?