While many of the nations’ capital pundits took issue with Vladimir Putin’s OpEd in the NY Times at the end of last week, I thought only of Bette Midler.   In her 1985 film, ‘Angst On A Shoestring’ and the spoken ode titled, ‘Why Bother?’   Midler, dressed in the sloppy garb of a depressive slave of the city, shrugs off several incidents in character recital, from suicide attempts to a fashion consult with Lady Di, closing each hopeless existential moment with the question, ‘Why bother?’

Tis’ a wonder why D.C. pundits are so concerned with the faraway thoughts of an odd Russian autocrat and negotiator of late and less concerned with happenings in the District.  Washington D.C. is a city where, despite being virtually recession-proof these days, its leaders are slow to act as some of their oldest citizens are losing their homes for as little as $200 in back taxes.  Such a lack of focus is more irksome given so many other cities struggles to bring jobs and investment to meet pedestrian traffic and refill their tax coffers.  All the while, the District has had its pick of investors.

Mayor Vincent Gray’s veto of his city council’s living wage bill, to set the city’s minimum wage at $12.50 an hour for large retailers, has sent a blinkered signal that will now be seen in every big city in the union.  With the construction of three Walmart stores well under weigh within the District city limits and three others in the design stage, Gray decided not to do battle with the nations largest employer, Walmart, who threatened to pull out of the District if the legislation passed into law.

Titled the Large Retailer Accountability Act, the city council sought to combat Walmart’s national average wage of $8.81 an hour, even though the District’s minimum wage is lower, at $8.25 an hour.  The District’s mean wage for workers in 2011 was $13.86, or $1.36 over the council’s proposed mandated minimum.  As it stands, the initial 8-5 council vote for the legislation falls one vote short of the number needed to override the mayor’s recent veto.

Signs that the nation is living through another Gilded Age are everywhere.  Like the previous age, where mechanization through technology led to an abundance of goods for the nation and the world, once we mined coal and iron ore and tilled great lands of wheat. Now we mine data with technologies we founded and now integrate into most American lives.  Each era afforded great wealth to individuals through innovation, patents and sales with banking and business maneuvers mainly afforded only the richest of us.  And like the first Gilded Age, in the late in the 19th century, we suffer great poverty as well.

The living wage question boils down to competing economic theories.  The first theory says the low wage is part of keeping costs for the consumer down.  It also contends that forcing employers to pay higher wages will in turn force employers to hire fewer Americans.  The second and competing theory tells us more in the pocket of the wage earner is more in the pocket for the selfsame consumer to spend.  It posits that the employers are garnering too much of the profits their ‘associates’ helped generate, thereby diminishing ‘associates’ buying power.

Calls of socialism, from both sides of the aisle, are correct.  We’ve had corporate welfare since the founding of the Federal Reserve Bank in 1791.  As well, we’ve had other forms of socialism to benefit the individual for the nation.  Taxpayer funding to provide for police, public education, and even public lighting through the federally funded hydroelectric power of the Tennessee Valley Authority beginning in 1933 are socialist in practice.  Truly, socialism has been with us all along.  The question of what to do with the living wage question comes down to its use and practice for the consumer, worker and employer.

In the past thirty years, Walmart largely grew its business outside of cities.  From small towns to suburbs, Walmart’s ability to create a prevailing wage was based on its ability to avoid higher urban or union wages while undercutting smaller businesses through a greater volume of sales at lower prices than smaller retailers.  That success now has Walmart focused on cities who had previously been somewhat inured to the ‘big box’ retailer with a variety of consumer opportunities only city’s can afford.  Even so, cities like mine, Baltimore, do not carry the cache of having large retailers like Walmart knocking on their doors.

Differences between Baltimore and Washington D.C.’s economic prowess abound.  In 2011, the median income in Baltimore was just over $40,000,  according to the U.S. Census. Median income in the District was almost $62,000.  In Baltimore, a city with a similar population (630,000) as the District but with huge swathes of abandoned properties, the median value of owner-occupied homes was just under $164,000 in 2011.  In the District, that median value was over $442,000.

Both cities poverty rates are too high (Baltimore-22.4 percent/ Washington D.C.-18.2 percent).  Still, the District is farther along with safer streets, more jobs and better transportation options than Baltimore.

Calling the D.C. living wage bill a ‘job killer’, as Mayor Gray did after vetoing the legislation, confutes the upward growth trajectory that the economy of the District is on.  Unlike Baltimore, the citizens of the District had the chance for Mayor Gray to dictate terms of their employment by coupling the strength of the city’s growing economy with the expectation that Walmart has of greater volumes of urban consumers.

Mayor Gray, while sharing the goals of its authors, called the living wage bill ‘a woefully inadequate and flawed vehicle’ after he vetoed it.  One wonders what an adequate vehicle for greater employment with higher than poverty wages looks like to Mayor Gray?

As it stands nationally, one-third of Walmart’s 1.3 million employees are part-time and without insurance benefits along with their families.  The annual income of that one third is more than 25 percent below the poverty line of $22,000 for a family of four.  Given the number of recent studies showing a wage of $12.50 an hour coupled with a 1 percent increase in Walmart’s retail prices could bring thousands of their employees out of poverty without a drop in investor gains, one wonders how Mayor Gray expects the poorest families in the District to make their way out of poverty?

Walmart wants to do business in Washington D.C.  Mayor Gray knew that.  As three of six stores in the District are near completion, the mayor could have tested their threats to abandon projects they’d already invested in.  He could have delivered what Walmart wants:  a growing urban market.  At the same time, he could have offered his poorest constituents, concentrated across Anacostia River in the southeast of the city, an answer to a history of low wages or joblessness.

Faced with either a race to the bottom in wages or the option of bringing the bottom up, Gray chose the former.  In other big cities, that blinkered signal he sent sets the bargaining power in the hands of Walmart, not the peoples’ servants.

Mayor Gray sold the poorest citizens of the District for pennies on Walmart’s dollars.  Now, he’ll have to answer for it.  Rather than work part-time for less than poverty rate wages, many will refuse to work.  Others will continue in the drug game.  Both young and old alike will respond using Bette Midler’s words.  Why bother? 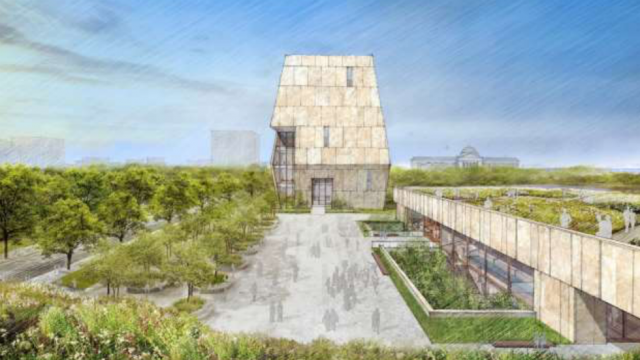 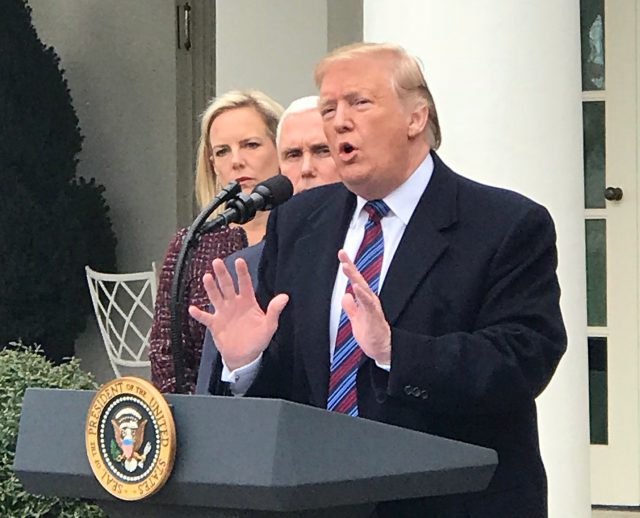