This is the first story of a three-part series on building America.

I haven’t seen Alexei Vasiliev in almost a decade. I don’t even know if he’s still alive. But I think about him warmly – and often.

Vasiliev was in his late 60s when I met him – not an age when we expect engineers to be active in technologically advanced establishments. If they are allowed to stay there at all, we expect them to be emeritus figures, indulgently allowed to wander about the facilities in a semi-senile state to polite, amused half-smiles from the twenty-something go-getters who are Busy Creating the Future.

But not doing any real work. Alexei Vasiliev, however, did not fit that mold. He was the veteran chief engineer of the Gagarinskya Launch Complex for Manned Space Missions at the Baikonur Cosmodrome in Kazakhstan, which is still operated by Roskosmos, the Russian Federal Space Agency.

Named after Yuri Gagarin, the first human being in space, Gagarinskaya is the oldest, most fabled manned rocket launching pad in the world, and when I visited it for United Press International back in 2004 it was still in business after 43 years. I believe it still is.

The legendary launch complex at the famed Baikonur Comsmodrome does not really look like much. Many of the historical artifacts from the 1960s Apollo Moon Missions at Cape Canaveral, Fla., and the Johnson Space Center in Houston, look much grander. There was one big difference, however: at Gagarin Complex, they were still in the business of launching crewed spaceships.

When I was there, they had successfully launched 424 so far, and they just kept on doing it. They sent Soyuz and Proton rockets carrying Progress supply ships and teams of cosmonauts — including U.S. astronauts — to the International Space Station. Since the remaining three ships of the U.S. space shuttle fleet were finally grounded after their long, immensely expensive career — between $1 billion to $2 billion per launch in total costs to send a handful of astronauts just 200 miles above the earth for no more than a couple of weeks at a time — and with no U.S. boosters planned for manned missions for the foreseeable future, the Russian team at Baikonur, courtesy of Roskosmos will remain America’s only manned link with the stars.

The Gagarinskaya engineers led by Alexei Vasiliev compiled a record of longevity, cost-effectiveness and reliability without equal in the history of manned space flight. It was begun in the face of the Soviet communist bureaucracy, which, after 1965 was largely apathetic and provided a minimum of resources in the face of fierce global economic competition.

How did they do it?

Alexei Ivanovich Vasiliev was a big part of the answer. When I met him, he was deputy director of construction at the General Production Bureau at Baikonur, operating under Russia’s Federal Space Agency. He was, effectively, the senior flight engineer running Gagarin, and at the time of my visit, he had been working there for 37 of its 43 years.

At any American space center, the Gagarinskaya launch complex would have been scrapped decades ago to make way for new, bright, shiny — and expensive — launching pads. But though the Russian engineers at Baikonur have not hesitated to create new, state-of-the-art launching silos whenever they need them — as they have for the Dnepr program — they continue to achieve cost-effectiveness out of their tough, tested and wonderfully reliable old operating systems.

“The projected age of any of our launching systems is estimated at 10 years from construction, then another five years after a first refit and overhaul, then finally for another two and a half years after a second overhaul,” Vasiliev told me.

But when we talked, the Gagarinskaya complex had not been refitted in more than 20 years. The last repair was in 1983. “In Russia, we get used to stretching out the operational life of our equipment, and it still works perfectly,” Vasiliev said. “Today, 80 percent of all the manned launches of our Russian program are still carried out from here. We send up your American guys, too.” Indeed they do.

Next: Why old engineers are vital for America? 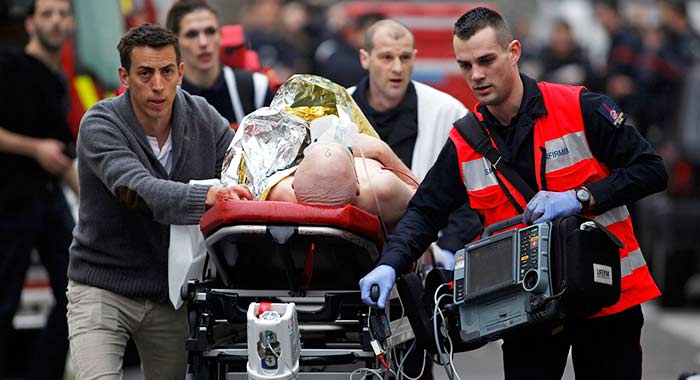