Baltimore Ravens head into the 2019 National Football League campaign hoping to continue the progress they made last season.

The Ravens topped AFC North with a 10-6 record but were defeated 23-17 by the San Diego Chargers in the wild card playoff round. Read on as we assess their hopes of success this season.

Super Bowl winner Earl Thomas is a huge addition for the Ravens on defense after signing a four-year, $55 million contract in free agency.

Thomas will offer some much-needed protection to quarterback Lamar Jackson, giving the youngster more space to work his magic.

His bumper deal is also a sign in the change in status enjoyed by black players in the NFL since its early beginnings back in the 1920s.

While a handful of black players played during the first few NFL seasons, research by research by Betway shows that they were none in the league between 1934 and 1946.

However, Kenny Washington’s signing by the Los Angeles Rams helped to break down barriers and over two-thirds of the NFL’s player pool is now African American.

With Thomas in their ranks, the Ravens are certainly much stronger and they will hope his performances prove inspirational to the next generation of black players.

Rookies can speed run the Ravens into the play-offs

The Ravens struggled for output from their wide receivers last season, but they appear to have addressed that issue during the NFL draft.

Marquise Brown and Miles Boykin are both loaded with speed and offer another option to an offense that generally relies on its running game.

Boykin has already been impressive during the preseason as the Ravens have gone four games unbeaten, while Brown has been working hard to get up-to-speed after off-season foot surgery.

The fact that the Ravens have been able to pick up two stellar talents is a testament to how the draft attempts to provide the NFL a level playing field.

The pre-1936 days where teams would scramble to sign amateur players in chaotic bidding wars are long gone, with the draft system giving organizations the chance to improve year-on-year.

The Ravens could well have struck gold with Brown and Boykin and it would be no surprise to see them play fast and furious roles as the team progresses to the playoffs.

Why Lamar Jackson is the Man to Watch in the NFL 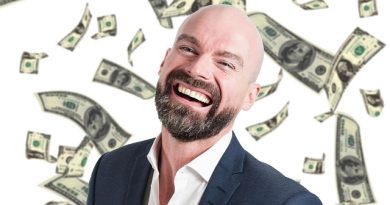 Top 7 Ways To Get Approved For a Student Loan