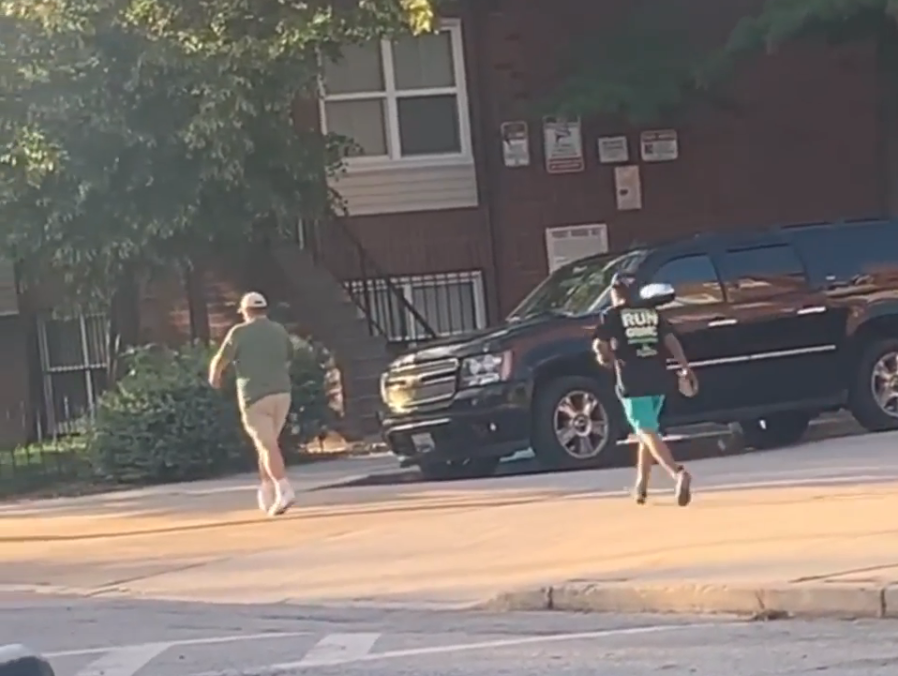 A screenshot from Instagram showing an individual with what appears to be a cement block in his hand running up behind an unsuspecting victim.

Assault in Baltimore? A screenshot from Instagram showing an individual with what appears to be part of a cement block in his hand running up behind an unsuspecting victim.

“The incident is being investigated, unfortunately, the victim left the scene prior to officers arrival and investigators have not been able to locate him. Detectives have canvassed all of our area hospitals as well as, conducting a search history for assault calls in case the victim called police to another location.”

It appears from the incident report that the apparent attack took place at around 6:40 p.m. yesterday in the 100 block of W. Hamburg St.

An unknown concerned citizen told police that he/she heard a “loud argument” between the two men prior to the attack. The concerned citizen added that after the argument, he/she saw the alleged assailant pick up two bricks, approach the victim from behind, and struck him in the head.

BALTIMORE — A disturbing video has surfaced on social media which appears to show a violent broad-daylight assault on the streets of Baltimore. The sixteen-second video shows an individual (of indeterminate age or race) in bright green shorts, a dark tee-shirt and a baseball cap, stalking an unsuspecting man in a white baseball cap, khaki shorts and an olive-colored polo shirt.

In the video (see below) the assailant appears to be carrying a brick in one hand and part of a cement block in the other.

The assailant can be seen slowly jogging up behind the innocent victim, closing in until he is almost within reach of the man. At the 11-second mark, the assailant throws the section of cement block directly at the victim’s head. As the victim falls face-first to the sidewalk, the assailant turns sharply to the right and proceeds to simply walk away from the apparently unconscious man.

Several voices can be heard in the background as the victim falls to the ground, saying, “Oooohhh!” “Yay!!!” and “Oh my God, he’s dead.” 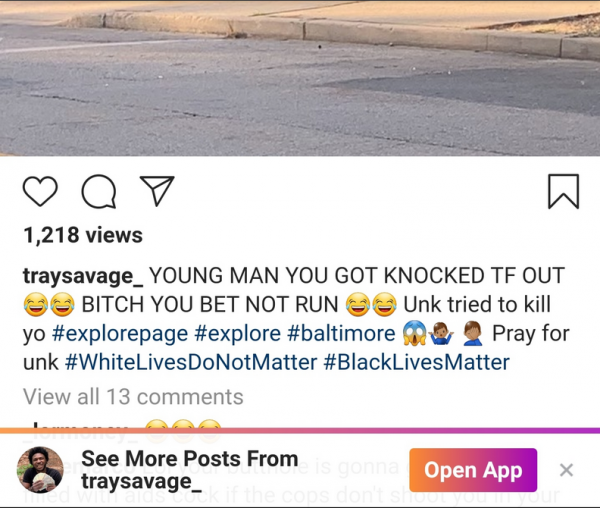 Hashtags which accompany the video (posted by traysavage_) include #baltimore, #WhiteLivesDoNotMatter, and #BlackLivesMatter

The video was reported to Instagram “for violence or dangerous organizations.” Incredibly, Instagram did not remove the video, saying in part:

“We found that this video likely doesn’t go against our Community Guidelines. If you think we made a mistake, please report it again.

“Because Instagram is a global community, we understand that people may express themselves differently. We’ll use your feedback to make this experience better for everyone.” 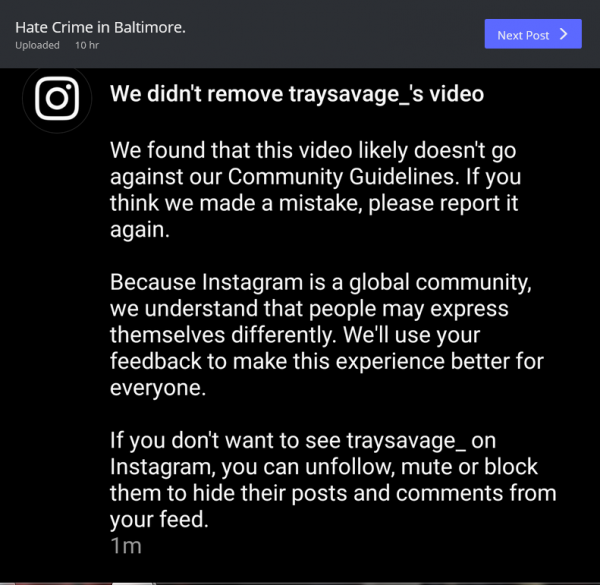 It is unclear from the video exactly when or where this apparent attack took place. A window sticker in a parked Jeep in the foreground might suggest this incident took place in the Otterbein neighborhood of Baltimore, but an officer we spoke within the Southern District said he knew nothing of the apparent attack. Anyone with information about this incident is urged to call the Baltimore Police. 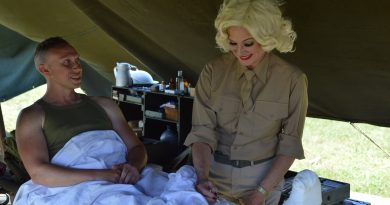 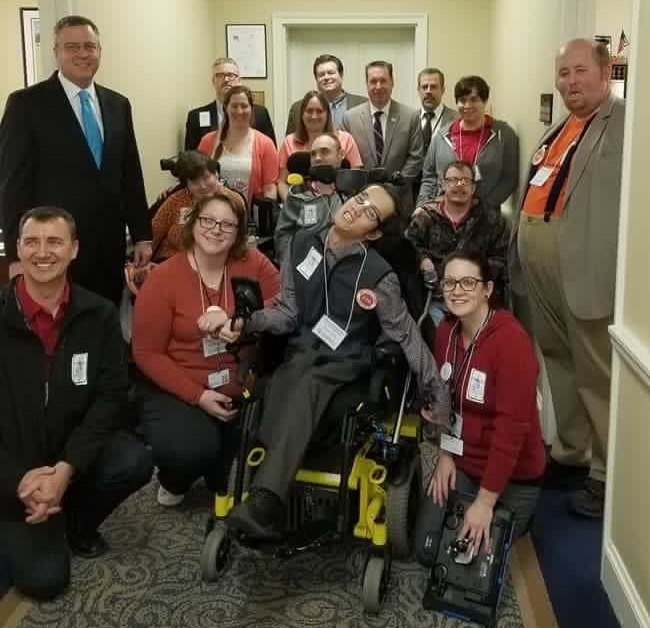