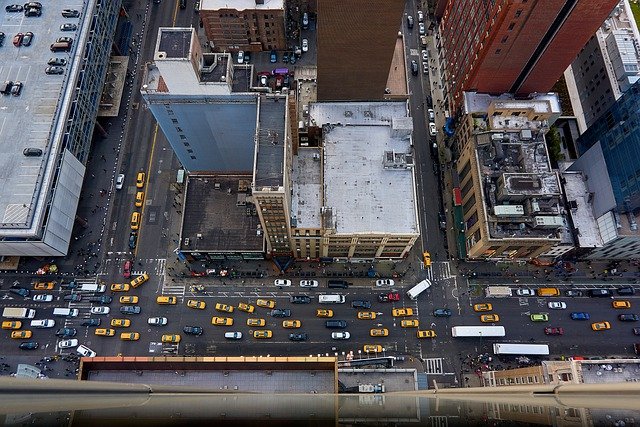 Image by BeansandSausages from Pixabay

Image by BeansandSausages from Pixabay

According to a co-funded study, Uber and Lyft contributed to worsening traffic. Ride-hailing from these apps currently accounts for up to 14% of vehicle miles driven in some locations.

Continue reading to discover more about ride-hailing apps like Uber and Lyft and how ride-sharing companies worsen traffic.

What Is a Ride-Sharing Company?

A ride-sharing firm, also known as a transportation network company or ride-hailing service, connects customers with drivers of for-hire cars that can be lawfully hailed via websites and mobile applications.

What Are Uber and Lyft?

Uber and Lyft are ride-hailing services that act as a taxi from the comfort of your phone. The Uber or Lyft driver who accepts your request from the mobile app will come to your destination, pick you up, and bring you to your desired location.

Again, the mobile app calculates the driver’s navigational path without taking out your money. When driving, the app also calculates the distance and price and transmits payment to the driver from your specified payment method.

It then connects you with the nearest available Uber or Lyft driver. You will see a driver’s name, license plate, photo, rating, and a temporary phone number when they accept your journey.

Lyft is the second-largest ride-sharing firm in the United States, after Uber, with a 32% market share.

How Do They Work?

To begin, download the Uber mobile app and register as a rider. Everything happens through the Uber app once you’ve joined up. Since no money is ever exchanged between you and your driver, you’ll never have to worry about running out of cash to go where you need to go.

Instead, after a journey is made, the payment method you choose when you sign up for Uber will be utilized to pay your Uber driver automatically. You can use a credit card, debit card, PayPal, Apple Pay, or Google Pay.

Lyft operates similarly to Uber. It works on the ride-sharing idea, in which you are paired with a local driver who will drive you to your desired location.

All of this is possible with a download of the Lyft smartphone app. The process’s simplicity has propelled app-based ridesharing to prominence as a serious alternative to regular taxi services.

Once you have created an account, connect your credit card, and then you can start ordering rides.

What Was the 2019 Study on Ride-Sharing Companies?

According to the study conducted in 2019 by Uber and Lyft, their cars have increased overall congestion in six significant cities. Surveyed included Boston, San Francisco, Washington, DC, Chicago, Los Angeles, and Seattle.

The analysis looked at data from the ride-hailing giants and data from federal, state, and municipal authorities.

The research considers two transportation concepts with a lot of mileage in their acronyms: VMT (vehicle miles traveled) and TNC (transportation network company).

Non-TNC cars, also known as private and commercial vehicles, taxis, and limos, according to Uber, account for most of the city’s traffic.

Uber and Lyft ride account for only 1 to 3% of automobiles on the road in the cities analyzed, according to the 2019 research. However, both companies are responsible for 13.4% of all VMT in San Francisco, 8% in Boston, and 7.2% in Washington, D.C.

Approximately 54 to 62% of ride-sharing firms’ miles were spent driving around a passenger, while only about 10% traveled to pick up a passenger. The rest were miles traveled between trips.

The sheer number of TNC cars on the road causing to congestion, but most of them end up pulling over, putting on their hazard lights, and stopping in the middle of the street to pick up passengers. This is not only dangerous but inconvenient for everyone.

A few months ago, the Los Angeles Times reported that an independent investigation on traffic in San Francisco concluded that transportation network corporations were responsible for more than half of the city’s 62% increase in daily traffic delays between 2010 and 2016.

Is Congestion Pricing the Result of Worsening Traffic?

Uber and Lyft use data on traffic congestion to support congestion pricing.

Congestion pricing, a government-imposed scheme utilized in countries outside the United States such as London, Stockholm, and Singapore that tacks on user costs for high-traffic regions during high-traffic times of day, was recently brought to Manhattan by the two firms.

This adds $2.75 to the base cost of so-called “for-hire automobiles” going south of 96th Street in Manhattan. The regulation, which will affect taxis, is part of New York’s city-wide initiative to reduce traffic and generate $1 million per day to restore the city’s troubled subway system.

Surge pricing, or “charging when it’s crowded,” as Lyft calls it, is already in place at both Uber and Lyft.

It is impossible to assess if Uber’s success has come at the price of more established businesses or whether the sector has grown due to its success.

Some studies position the firm outside of the regular taxi sector, excluding it from their data and making it impossible to discern where growth has come from.

Uber has wreaked havoc on the market, rising competition and forcing minicab companies and taxi drivers to work harder than ever before and be more creative in their approaches.

To compete for consumers, rates have had to be changed, and the technology employed has had to be reconfigured.

One of the big promises of ride-hailing services like Uber and Lyft was to decrease traffic congestion in city streets by encouraging individuals to leave their vehicles at home and share rides with others.

Unfortunately, the exact reverse has occurred, and it has been dramatic. The bulk of ride-share app users is not people who would generally drive their car but rather those who would never drive a car in the first place.

Most people who use these ride-hailing services have previously used the bus, subway, metro, or walked or biked. Furthermore, ride-hailing cars must arrive and pick up their passenger’s resulting in increased mileage.