At a pivotal time in the country’s history, sides are shifting, tides are turning and people are wondering what the next moves are going to be by their federal government. However, is it everyone’s federal government? In recent weeks the shift in power from President Obama to President-elect Donald Trump has garnered more animosity, more frustration and more questions as to the future of our great land, but where does it all stem from and what does it all mean? As the inauguration nears and representatives back out of attendance, can the shift in power really do all it promised for the country without key delegates in support?

The list of representatives who have decided to boycott the inauguration began to gain steam after civil rights leader Congressman John Lewis (D-GA) was insulted by Trump. In that historians and the like view Lewis as a pioneer for civil rights and his work in the House spans several years, the contention between he and Trump set off a spiral of back outs from entertainers and a decline in representative support. The following day, after the inauguration, the Women’s March on Washington will be held and many feel their concerns and wishes are best served in stark contrast to President-elect Trump’s words and visions for a better America.

Most recently, Rep. Tony Cárdenas (D-CA) stated that he won’t be attending the inauguration and sited long standing family traditions and beliefs for why he couldn’t support the President-Elect. Cardenas joins the list of over 40 other representatives that have stated their dismay in Trump and their inability to support him. Many find their display of this dismay to be quite telling, as well as, troublesome for the country. Democracy is defined as control of an organization by the majority of its members. While Trump is entering into the inauguration and consequently the office of President with the lowest approval rating of any President-elect in recent years, this said “democracy” has many running for the hills.

Although the disdain for President-elect Trump is widespread and similar in reason some representatives have stated that his suspect and unexplained relationship with Russia, as well as, his boisterous persona are giving them pause.

Democratic representatives make up most of the delegates that will not be attending the inauguration. The representatives have been quite vocal as to why they won’t be attending and how they feel it sends a stronger message as a result. In a coming of age way to reach constituents, representatives are using social media sites such as Facebook and Twitter to make it known that although Trump has been elected, that they don’t have to stand quietly in support.

Lewis and Trump began a volatile feud on Twitter that resulted in the civil rights leader refusing to support Trump by attending his inauguration. Always strong in his beliefs, Lewis has refused to see another inauguration for similar reasons; he refrained from attending the inauguration of George W. Bush in 2001, as well as, 2005 and felt his support of the transition would send the wrong message to his constituents and the nation at large. Some representatives take their offices to heart and even reached out to their constituents to get their opinions on whether they should attend or not. Social media has been a massive vehicle in the division of the inauguration.

In the course of the entire election process last year, I found myself examining how far we as a nation have come, but how far we have yet to go. I doubt anyone thought that the country would be as divided as it has been at the hands of this election and although many want to take the high road, some feel it is too little, too late.

Throughout our country’s history there have been countless instances where the nation’s ability to rise above and stand tall were tested and never has there been more of a reflection of failure than now. If democracy is the organization and movement of said organization with the majority of its peers in agreement, how is it that the country is still running with the incoming President as disliked and mocked than ever before? Would it really change anything if representatives supported Trump and took the high road? Unfortunately, I don’t believe it would do any good. Stones have been thrown and things have been done and said that can’t ever be removed from the mind’s eye of this country. That is stunting the growth of the nation as we try to heal from this and move forward.

Do I believe people are entitled to their opinions and allowed to act as they see fit? Absolutely and although most of the time I’d say to a point, this time I have to say that change isn’t possible because most people feel the biggest change, the removal of Trump, will never come or be an option. Most people feel that our country has hit a very dangerous point and there are no recourses to rectify the damage. Is turning the other cheek a viable option at this magnitude? It would seem not with the way in which representatives have backed out of the inauguration.

However, at the same time maybe their loud voices and displays might signal that they think drastic measures are necessary. I am sure I speak for many Americans that hope the transition straightens up and begins to fly in the right direction so that no more sadness and grief are felt. In my own life I had to accept what is and begin to move forward on my own journey towards reconciliation and support. It hasn’t been easy but continuing to fight what you can’t change is insanity.

I do hope that positive movements are met with this rocky display and inevitable change. Times have been rough for our country before, but we rose from those ashes and I don’t doubt that we can rise from these in the same fashion, if not, stronger and wiser for having experienced it.

All photos from YouTube — top photo: Rep John Lewis on Meet the Press

Starting at a young age, Kendra Richardson began writing probably around the time she started speaking. All children have hobbies but for as long as she can remember writing has been a passion that ignited a fire that had to burn.
Kendra was born and raised in the South and has had a very impressive career. At the age of 22 she began writing on the West Coast for publications in Beverly Hills and San Francisco. She wrote on the East Coast for magazines in North Carolina and became published in Europe for a magazine in Italy and a poetry collection in England. Kendra has written a variety of literary styles in her 20-year career.
While Kendra loves writing she also has a passion for film. She’s currently working on several television projects and enjoys writing the scripts to get those projects from start to finish. She loves the beach, Starbucks, her smartphone and rain while napping. 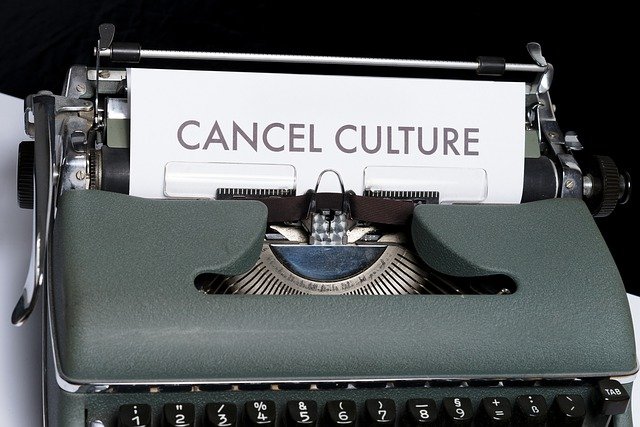