I compare myself to movie situations all the time.  I’m not saying I’m a hottie, but recently I’ve found myself in what feels like the Mean Girls scenario.

So it is for a friend in light of the recent Newtown events.  She fears for her own sister’s mental health, comparing it to the same circumstances in “A Beautiful Mind.”

Still further, my dad tells a story about being approached by a weird guy at Home Depot and thinking he was being Punk’d by Ashton Kutcher – adding that he hates Ashton Kutcher.

Besides having to grieve the non-existence of countless fictional characters, this realization dictates how we live and why we live.

Do we live through TV characters and compare our lives to them because we’re afraid to live our own lives and have our own experiences?

I work with girls who watch 30 Rock when they’re having a slow day at the office.  Instead of trying to produce something or make something themselves, they watch someone else’s work all day and talk about the characters in the show as if they have an actual connection or relationship to them.  It makes me think there’s a certain safety in not living our own lives fully, but watching others – who aren’t even real – live their fake lives and make fake mistakes, jokes, and choices – like finally hooking up with and marrying Chandler.

It also makes me wonder if we aren’t afraid to live our lives, but we still compare our lives to fictional settings, are we longing for that sense of perfection?  That happily ever after ending?  The 30-minute Brady Bunch wrap up?

Are we wishing our lives would end with a little bow tied on top and so watching that brings us that hope and comfort that someday our prince will come and wake us from our mundane sleep that is the 9-5 grind and our lives will actually start.  Happily.  Is this unreal wishful thinking the reason we get out of bed in the morning?

Even further still – as an actor, a person who spends the majority of her craft in a world that suspends disbelief, sometimes I think what isn’t real becomes my reality.  I have to convince the audience that what I say and do on a stage is real and in order to do that, I myself have to believe what isn’t real is real.  It’s a bizarre idea, but one that when successful, could potentially change people to change their own real lives.  So I suppose if we unreality makers are doing our job correctly, we’re encouraging people in real life to go out and do something truly worthwhile.

The fine line is found when people are changed into taking action and not a sedentary position.  And I myself have to be careful that when I’m watching a show, I’m not watching it to escape and to hide, but I’m watching it for a driven motivation and purpose.

I will say that I spent a weekend in upstate New York a few weeks ago now.  My friends and I rented a couple of houses and people were spread out between them so that I could go exploring through the houses and find one person reading a book next to the fire in one room and another person pecking away on a computer on the couch in another room.  It felt like an adventure video game where I had to explore the houses and stumble upon certain people who would then talk to me and point me to where I could find the clue or the next piece of gold, which would eventually lead me to the Utopian treasure.  …This experience was not an actual Sims game, but my weekend exploration felt like one… but was that video game based on someone else’s exploration of a house or did they make it up in their mind?  We may never know.

We all do it.  Compare what’s real to what isn’t.  I guess my question for myself is: Will comparing this to unreality help me to live better or limit my reality to something not wholly and completely true?  Is this stifling or freeing?

The Benefits of a Dental Implant 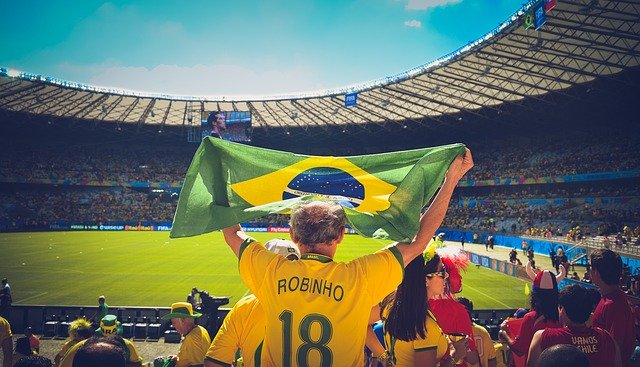 The New Way to Enjoy Sports  is Putting Money into it

One thought on “Why do we live our lives through fictional movies and TV characters?”