Down Clarksville Pike, past Centennial Park and Iron Bridge Wine Company, and then onto the circular drive, the Columbia Inn at Peralynna lights up a December evening.

Inside the 20,000-square-foot lodge, in the holiday-decorated dining area (complete with a white-lighted Christmas tree), five round tables seat eight to 10 people, who sip white wine, chew baked ham, scalloped potatoes, and green bean casserole, and listen to a three-man band play a collection of classics, like Etta James’ “At Last.”

“This is what we do—we play,” Lynn said, resting on a tan-leather recliner in the inn’s library, holding a glass of wine.

This—an award-winning guest residence with 18 suites, 24 bathrooms, an in-house staff, monthly dinner parties and other events—wasn’t the original plan, of course. Lynn smiles often while telling her family and the inn’s story, as well as a few others, including a before-he-was-President encounter with Barack Obama (that we’ll get to, shortly).

She, along with husband Dave, and her four children, intended to live and work at the Columbia residence, just not with a revolving door of guests and a packed party calendar. Lynn at first wanted to operate her accounting practice from home.

But soon after the family moved in to the residence (which Lynn’s son, Brandon, built and was modeled after a home in Europe Lynn grew up in), Howard County officials called with an interesting request:

Could the family provide long-term housing for out-of-country IT workers on assignment in and around Washington?

It was 1997, and the region was preparing for whatever effects “Y2K” would have on computer databases and systems. The tech workers, from as far away as India, needed a place to stay that wasn’t a hotel. At the time, Columbia wasn’t home to any extended-stay hotels, and it wasn’t possible to rent a house in the area for less than a year.

On a few of Lynn’s conditions—the first guests had to provide their own furniture and do their own cooking and cleaning—she opened her home as a temporary residence for others. As more workers came to the region, the demand for space increased, so Lynn and the family finished and expanded the residence.

After the terrorist attacks of Sept. 11, 2001, Lynn’s guest profile evolved from technology workers to military personnel and their families.  But Lynn’s rooms were still consistently filled to the point when, in 2003, one of her accountants suggested she make the leap from full-time accountant to full-time inn operator.

“He said, ‘You’ve been doing this for six years,’” Lynn said. “Look at your numbers, you’re doing great.”

With those numbers as support, Lynn sold her accounting practice and went forward with adding eight suites to Peralynna in 2003.

“I was so calm—I had a home, I had my practice, I would do my thing,” Lynn said, laughing at the thought of her leap into the hospitality field. “But you know what? It’s been so much fun.”

Peralynna now welcomes long-term guests, weekenders, honeymooners, and locals who “just want to get away,” Lynn said. The inn can handle corporate retreats, wedding and baby showers, and smaller indoor weddings. With the recent legalization of same-sex marriages in Maryland, the inn has put together affordable wedding packages for same-sex couples (see sidebar).

“My goal is that this is a place for the community to have their milestones,” Lynn said.

On this early December Saturday evening, Peralynna is hosting its monthly dinner dance event, which features the sounds of RGR, the Reilly, Goulait, Rosch Trio.

The bands members—Bob Reilly, Joe Goulait, and Steve Rosch—have a combined 150 years of musical experience. They joined forces a little over a year ago, when Lynn persuaded the three to play together at a Peralynna dinner dance. The group has been back at every monthly dinner event since.

“They are my band, because I created them,” Lynn said with a laugh.

“We teamed up and it’s been great, this RGR collaboration, after years,” Reilly said. “One of the beauties of playing here at the Peralynna is we get a chance to really dig into some eclectic stuff. It gives us a chance to spread our wings a little bit and have some fun.”

Rosch said: “A place like this, it starts at the top. Cindi is so gracious and such an incredible fan and supporter, that it doesn’t matter what we do, she enjoys it. That filters down to the guests.”

What about the Obama story?

Well, Lynn’s husband, Dave, was a counselor at Woodrow Wilson High School in Washington around the time Obama became an Illinois Senator. The school was organizing an event for two of its students who received Princeton Scholarships, and it was looking for an elected official to attend and speak.

Obama, a fresh member of Congress, accepted the invite.

“He gave a wonderful speech,” Lynn said. “It was about the kids and the success they had, that they were the leaders for the next generation. It was so inspiring.”

Afterward, as students and faculty mingled, Obama drifted from the crowd, but Lynn sat down next to him.

“We talked, and I said, ‘You were amazing. Why don’t you run for President?’” Lynn said.

After November’s voter approval of same-sex marriages in Maryland, the demand for local ceremonies and celebrations should increase, said Lynn, owner of the award-winning Columbia Inn at Peralynna.

With that in mind, Peralynna recently put together an “Elegant Elopements” package, which provides couples everything they need for an affordable wedding ceremony and celebration. Peralynna provides an officiant, a photographer, a cake, flowers, and food for eight to 10 guests, along with a night in the inn’s honeymoon suite, all for less than $1,000.

“The same-sex couples who have been living together for years, they want to celebrate, but they aren’t looking to spend $40,000 on a wedding,” Lynn said. “They can have a nice night to remember.”

“There’s going to be a lot of demand for places to get married, and we want them to know, they can come here,” Lynn added. “We want it to be a good thing for everybody.”

For information about the Columbia Inn at Peralynna, visit www.peralynnainn.com or call 410-715-4600.

Preakness moving to Laurel? No way 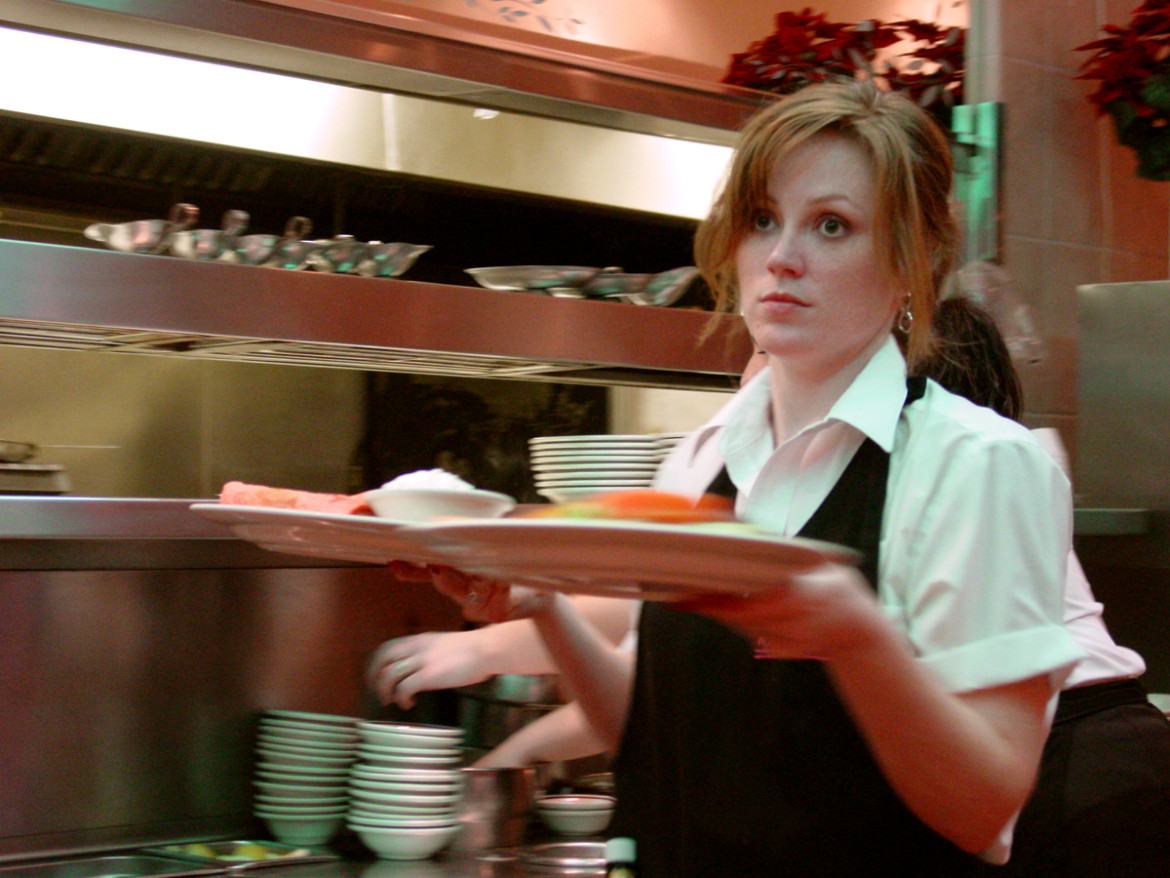 Paid sick leave from a server’s point of view