UPDATE: In  a short order signed by Chief Judge Robert Bell, the Maryland Court of Appeals on Friday morning affirmed the lower court ruling that allows the congressional redistricting to be challenged on the November ballot. Below is the story about yesterday’s hearing.

The quick ruling was expected with the deadline for ballot language on Monday.

“We’ll know very quickly,” said Joseph Sandler, the attorney representing the Maryland Democratic Party, which is suing the state. “We may not know the reasoning. They may not write an opinion right away,” but Sandler said his team anticipated a very quick turnaround time.

Attorneys defending the state suggested the ruling would come down Friday morning, but “without explanation.” When asked to predict the outcome of the case, both sides said they didn’t know. “You never predict,” said Sandler.

According to the State Board of Elections, final wording of ballot questions for the Nov. 6 election has to completed by the Secretary of State by Monday.

If the judges affirm a lower court ruling that there were enough valid signatures to put the congressional districting plan on the November ballot, it will be the become the third major ballot question this year that seeks to overturn a law passed by the General Assembly. It will join same-sex marriage and in-state tuition for children of illegal immigrants. The legislature this week put expanded gambling on the November ballot as well.

Democratic Party challenges Board of Elections

The Maryland Democratic Party sued the State Board of Elections in July, when the board certified enough petition signatures to allow a referendum to challenge newly drawn congressional district maps. The July lawsuit alleged the state board certified thousands of invalid signatures, some gathered from a new online website that generated petition pages for signatures.

The congressional maps, required to be redrawn every 10 years based on the U.S. Census, were created by Democratic Gov. Martin O’Malley and criticized for political gerrymandering. Members of both political parties accused the governor’s redistricting panel of disenfranchising minorities and protecting white incumbent seats. Republicans and black Democrats, largely based in Prince George’s County, partnered together to fight the new maps.

During the appeal hearing Thursday, Sandler and co-counsel Jonathan Shurberg argued two major points. One, allowing a petitioner acting as circulator to attest to his or her own signature, rather than having an independent circulator affirm signatures, violates the state constitution. And two, allowing identifying information on the petition form to be generated by a website, rather than provided directly by the signer, conflicts with Maryland election law, they said.

Del. Neil Parrott, R-Washington, founder of MDPetitions.com, the Internet website that created the online petitions which are now at the center of the lawsuit, harshly criticized the Democratic Party for bringing the lawsuit.

“It’s really insulting to Maryland voters that the Maryland Democratic Party, who should be helping people vote, is doing everything it can to prevent voters from being able to vote on the congressional redistricting map,” said Parrott. “There’s a clear reason why. They’re embarrassed by the map, they know the map is more gerrymandered than any other congressional districting map in the entire country, and they don’t want voters to even see the map anymore. They have a lot to be afraid of, and unfortunately they are taking it out on Maryland voters. It’s just not right.”

The lawsuit came about to protect a plan that endangers the reelection of Republican Congressman Roscoe Bartlett in his 6th District seat, which he has held for 20 years.

“The district was not drawn to make it more competitive, the district was drawn to create a new Democratic seat,” said Todd Eberly, a political science professor at St. Mary’s College of Maryland. “Nationally, Maryland was one of the few bright spots for Democrats in the redistricting battle — that’s why Democrats filed suit to challenge the petition to place the new map on the ballot. If the map is tossed, then Democrats may lose one of the few seats they were able pickup through district manipulation.”

Voter turnout for the primaries was the lowest it’s been in Maryland over the last 30 years, with only 20% coming out to the polls. But turnout for presidential elections is typically the highest, and four referendums could add to that. 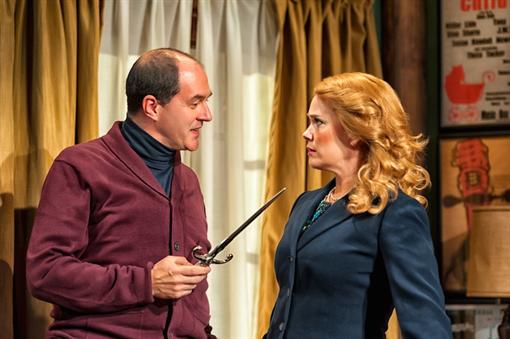