In 2018, AI is all around us in the form of chatbots, virtual assistants, smart homes, recommendation engines and much more. As AI becomes more intuitive, it is also becoming more affordable. Take Tesla’s Model 3, their newest, and most affordable sedan: it offers the same autonomous features as the more expensive model S and X, but at a much lower price. It’s tech entrepreneurs like Elon Musk of Tesla and Tej Kohli, AI investor, who are aiding the advancement of these technologies and making them more affordable to the general public.

With AI’s accessibility increasing along with its affordability, one question remains: is this even a good thing? What are there perils associated with the increasing affordability of AI? Here, we explore the possible hazards that could arise as AI becomes more advanced and more accessible, and how we can ensure that AI is used for good.

Can AI Replace the Need for Human Companionship?

In the 2013 film Her we see a world where AI has been fully developed and released to the public in the form of an artificially intelligent operating system, able to help in every aspect of its owner’s life. This becomes problematic when the main character, Theodore, falls in love with his OS Samantha.

Looking at the current landscape of AI, although there is no software as intelligent as that of the film, we can see the likes of affordable AI such as Siri and Alexa getting more and more intelligent – Google Home is now even able to distinguish between different members of its household.

While it’s great to have these technologies as virtual assistants helping out with simple tasks, as they keep getting smarter, one must wonder if a line will be drawn in the advancements of these technologies, as to not replace human interaction in favor of virtual ones. Supporters of AI, such as Tej Kohli, Rewired investor, are funding research to create technologies to help humans with their day-to-day lives. We must educate ourselves and press these companies to develop an understanding of how much intel to give to AI.

Another peril of affordable AI is that its technologies could be used maliciously. For example, if everyone were to have a driverless car, who knows how easy it could be for an experienced hacker to override systems and control them? This could result in crashes or people being taken places against their will. Drones also present the possibility for malicious use of AI. The drone manufactured by Skydio, an affordable self-flying robot, has an app that could be used maliciously to track someone discreetly, gathering information about them and then using this information in less than aboveboard ways.

Advancements in AI Must Continue with Caution

There’s no doubt that advancements in AI are a good thing. They have and will continue to benefit us greatly. When robots like Rosie from the Jetsons are affordably introduced into the world to support us in our everyday lives, it will have beneficial effects for many people around the world. We just have to maintain awareness of these developing technologies and keep all possible perils in mind when deciding how intuitive to make technology, ensuring our safety and well-being. 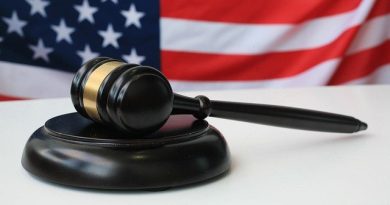 GOP base: Tail is wagging the dog

Melania Trump is not the candidate