The True Value in Federal Hill didn’t have the lock I wanted, one not designed to be installed on a mini fortress. They were also out of the kind of mouse traps I needed. What the young guy sitting next to me on the Circulator said were, “Made for ladies, so you don’t have to see the little fellow splayed out, his spine snapped in two.” The store clerk, who looked too old to be doing even part-time work, suggested that I try their store in Canton, or perhaps, “One of the big box stores,” he began wheezing, as if death had grabbed hold to him for even suggesting such a thing.

I didn’t have time to trek all the way to Home Depot, and both Rite Aid and CVS were out of all types of traps. Instead, I stopped at my bank and asked for the balance on both accounts. The checking account, where I had deposited the fifty thousand dollars received for taking out the second mortgage for property renovations, showed a balance of seven hundred and eight-two dollars and two cents.  The savings account–the same account I had had for twelve years, still showed my original twenty-five dollar deposit, the exact balance needed to maintain the account and receive a free electric stapler.

After leaving the bank, I got back on the circulator and headed home. The money left over from the second mortgage, I knew if needed could be used to make at least two of the loan payments – but this was my I’ve fallen and can’t get up money, a stop gap to tie me over until the bed and breakfast took off.  Of course, if things got truly dire, there was always Dyson, or perhaps Benny, or if I really had to go there, Glory.

All things considered: paisley turban, ‘78 Volvo, weekly revival meetings held under a rusting carport, and, for sure, her pinochle buddy, close-mouthed Mr. Sherman, manager of accounts at the Bank of Hawthorne, most folks wouldn’t guess Glory was loaded. Practically a land baron she was, and she came by it the old fashion way: folks died. Folks passed on and left what little they had to her, the woman who prayed for them, prayed with them, and when they finally went to meet their Heavenly Father, prayed over them as they were lowered into the warm Florida ground. Some left her their ashes. Sooty bits of bone shards she kept in her tool shed, a makeshift cryptorium lined with second hand curio stands used to house twenty-plus years of dearly departed followers–all of them men.

But if Glory had thought to thank anyone for her prosperity, then she really should have sent a note to Tony Corey Jr., Anthony Corey Sr.’s son and only living relative for being as his father described him in his will, “of scurrilous and devious character,” a person he did not wish to see enriched by his death. “I leave it all to the woman who should have been all three of my wives, and would have been, if the Lord hadn’t got to her first.”

There wasn’t too much Tony Jr. could do but to contest the will (Glory wouldn’t settle, refusing to give him even a dime of the multi-million dollar estate), naming both Glory and Mr. Sherman, the will’s executor, complicit in his father’s death, and blaming Glory specifically for turning his father against him. Glory inturn sued for defamation and won – though she couldn’t collect with Tony Jr. being indigent, or as he was quoted as saying in the Hawthorne Sun-Times, “If I was left a pot to piss in, I couldn’t tell you. But if I was, check with Miss Glory ‘cause she probably got that, too.”

Sometimes, I wondered if Tony Jr. had gotten things right.  Then, just as quickly, I’d laugh, dismissing his words.  I knew my mother. And the Glory I knew would never murder anyone, at least not for money.

By the time the Circulator turned onto Charles Street, I had decided to ask Glory for yet another short-term loan. Resigned, I took a deep breath, peering through the Circulator’s grit covered window, laughing as I squinted to see the movie playing at The Charles: “Women on the Verge of a Nervous Breakdown.” 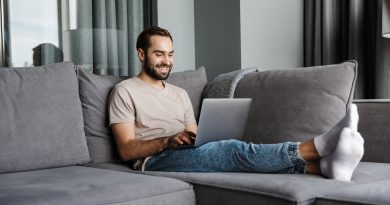