On Thursday, the Supreme Court unanimously struck down a Massachusetts law which created a 35-foot buffer zone on sidewalks near abortion facilities, citing the restriction of free speech as its primary basis for its decision. The case, McCullen v. Coakley, was brought by plaintiff Eleanor McCullen (on behalf of herself and others) who asserted that they were unable to speak about alternatives to abortion with women who were entering the facility. As a result their First Amendments rights were impinged upon.

While affording abortion opponents a victory in striking down the 35-foot buffer zone, the Court did recognize that there remains a substantial governmental interest in preserving public safety by barring those who would obstruct access to reproductive health facilities, thus indicating that it still is willing to grant protection in the form of buffer zones, though not as large of a zone as the Massachusetts law permitted. For instance, it cited with favor regulations like those in New York that “not only prohibits obstructing access to a clinic but it makes it a crime to follow and harass a person within 15 feet of a reproductive health care facility”.

This nuanced decision, which united the usually more conservative Chief Justice Roberts with the four liberal justices of the court, preserved some protection for women seeking abortion services, while enhancing the ability of anti-abortion activists to approach these women. Essentially, the Court advised Massachusetts to find a less restrictive way to protect those seeking an abortion.

The decision, however, laid bare a more central concern for pro-choice advocates — what the court views as invasive or harassing speech in the forum of  the deeply personal issue of a women’s right to choose.

The type of speech in question in this particular case played a significant role in the court’s decision. The Court went out of its way to distinguish what it categorized as aggressive, confrontational protestors who object to abortion on religious or moral grounds from McCullen who was painted as a kindly old lady nicely greeting women with a “Good morning, may I give you my literature? Is there anything I can do for you?”

The court went on to note that the McCullen petitioners sought to  “not merely express their opposition to abortion but to engage in personal, caring and consensual conversations with women about alternatives to abortion”.

Lost in the Court’s consideration is the impact that these “nice advisors” have on the women who are entering a medical facility for reproductive services. Presumably many of the women have spent some period of time considering the decision they are about to make, spoken to someone they know about it, done research, and generally evaluated the medical, ethical, financial and other personal factors that go into deciding to have an abortion. That individual choice to have an abortion — viewed as good or bad, depending on an outsider’s moral position — has already been made by the person most equipped with the personal information to make it.

At the particularly private and delicate time a person enters a medical office for procurement of an abortion, strangers sidling up and attempting to sway her resolve or influence the difficult choice already made could easily be viewed as intimidating, distressing and harassing. The supposedly mellow tone of McCullen’s “conversation” — which in most instances, was unsought and unwanted — should not be viewed as any less troublesome than a more loud or militant protestor waving a nasty sign. Both people intend to hound you into changing your mind. If the Court were honest, it would at least recognize the goals of Ms. McCullen and those of more vociferous harassers are the same, regardless of tenor.

While the Court does have an important obligation to protect First Amendment rights, it seems to incorrectly and unfairly be doing more than that in this decision. Its judicial implication is not just that McCullen has the right to freely speak her mind, but to do so in a way that demands a vulnerable woman listen to her. That goes well beyond the rights afforded by the First Amendment.

By reducing the space afforded to abortion seekers as a result of finding Ms. McCullen’s approach to be friendly, the court for all practical purposes has granted more access to all abortion opponents — including the fire and brimstone protestors — as long as they do not obstruct entryway to the treatment center. What will remain to be seen is if, for all practical purposes, it has also reduced women’s accessibility to clinics, which would be an unwanted result of this narrow decision.

Ironically, the Supreme Court’s decision today may impact the very substantial buffer zone afforded to the Court itself. Regulations prohibit any protest or demonstration anywhere on the Supreme Court plaza or property; it does not prohibit these activities on the public street outside the court’s property. However, since the street has been estimated to be over 250 feet away from the plaza, the Justices themselves are not required to entertain the same thoughtful discourse they want women at an abortion clinic to consider.

A case recently decided by a United States District Court found this prohibition unconstitutional. If the Obama Administration pursues an appeal, this court may very well have to consider reducing its own buffer zone in light of the McConnell decision.

Today is the Winter Solstice 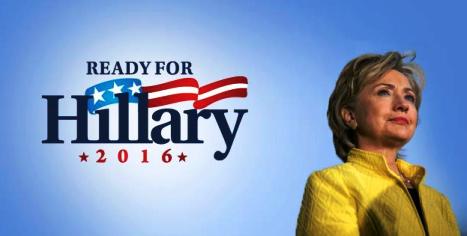