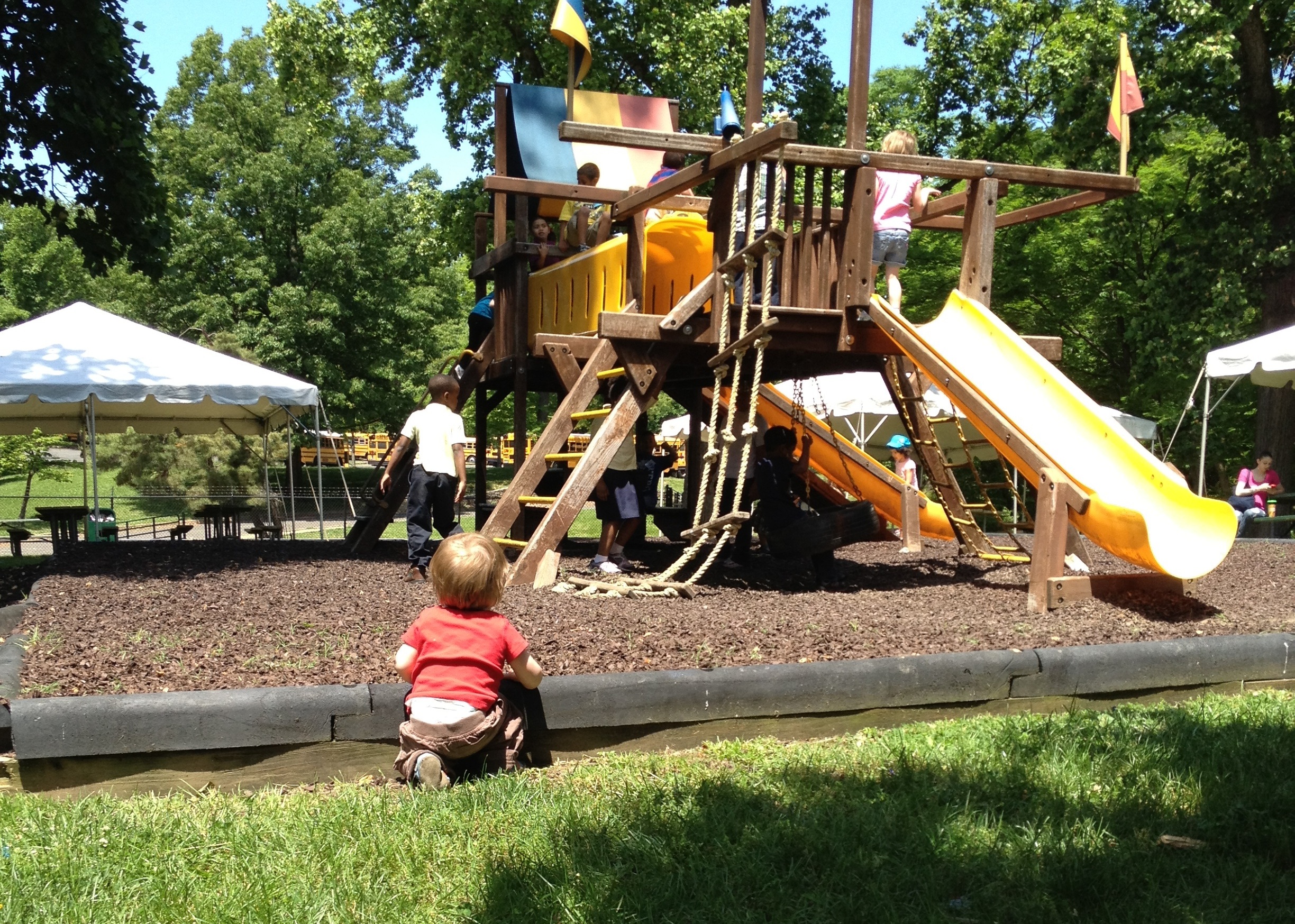 I had to say goodbye to one of my son’s teachers last week and I had no idea it would be so hard.

Ms. Velvet wasn’t your ordinary teacher (or daycare provider, if you prefer; the kids are just babies there). Or maybe she was. I don’t know. She was my first and Silas’s first and we just had to say goodbye.

My son’s daycare is closing down. Something about the hospital landowner not renewing the lease. We were given six weeks notice, which most parents will understand to be just short of a crime against humanity. It can take months for daycare spots to open up. We started looking for a daycare center months into my pregnancy.  And now we’ve been forced to find a spot fast, as the current center slowly empties out.

Then there are the teachers who are being forced out of a job. Ms. Velvet had a plaque with her name on it next to the front door, honoring her for her years of service. From what I can tell most of them have been placed at other centers, but there’s been an air of frustration and depression floating around that place since the news got out.

But this isn’t about how the corporate parent mishandled a center closing. This is about my son’s first teachers. Teachers will come and go. I am realizing this, which makes this sadness feel so much more ridiculous. Imagine the number of babies Ms. Velvet has rocked and changed and fed over her 25 years. As spectacular and memorable as I think my kid is, he’s just one of many and even more to come.

But Ms. Velvet had such an impact on me. For the first two weeks after I went back to work, I spent my extended lunch hours at his daycare — some days jingling toys in front of my 3-month-old’s face, some days crying, some days petting his leg and staring at him as he slept in the bouncy chair. As I would leave, Ms. Velvet would give me a hug. I was in her way, but she understood.

I wrote her and the other teachers long notes with instructions: He naps at 10 and 1. He takes 5 ounces of formula every three hours. Don’t feed him fish sticks or gravy. Ms. Velvet would nod at me (though in retrospect I can almost see the doubt in her eyes), tell me to put the note on his clipboard. But she never followed the instructions. And eventually I stopped caring. This wasn’t her first rodeo.

She has a thick Baltimore accent and a look of complete calm on her face. She moves among those babies with an unhurried firmness, like she owns the room, but like she can’t be bothered by a thing. Six babies crying at once? That’s fine, she’ll finish up what she’s saying to you. And she’ll tell it to you straight.

The most valuable lesson Ms. Velvet taught me was that Silas was just being Silas. Skipped his naps? Silas being Silas. Refused to eat the lunch I packed? Silas being Silas. No matter how many lists of instructions, or books I read, or plans about naps and eating and bottles, Silas would do what he was going to do, and often that wasn’t what I wanted him to do or what I expected. I had to let him be him and roll with it.

That relaxed trust in the babies, I think, is what made her such a force there — and in my life at the time. 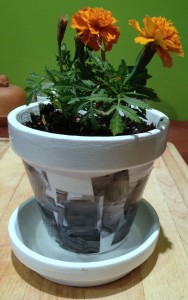 I saw her today at her new center. We stopped by to drop off a potted plant I finally got around to getting for her. As we poked our heads around the corner of her new room, her eyes filled with tears. Then mine did. And we both cried a little and hugged.

My boy starts a new daycare in a week or so. I’m holding out hope that his super-social flirty ways will mean he eases right in with few tears from either of us. I don’t know how to transition a 1-year-old to a new place. The most reasonable advice I could find was to spend some warming-up time there with him, gradually decreasing the time I’m there. We’ve visited a few times, and I’ll spend a few hours with him there on his first day. It was so much easier when he was a water-headed blob at 3 months.

But Ms. Velvet and the other teachers there will always hold a special place in my heart. Ms. Velvet was the firm voice of reason, the calm presence, the caring hug I needed as a first-time mom.

A crafty keepsake for the teachers

As a goodbye gift for the teachers, I made this Mod Podge photo flowerpot. It was fun to do and a nice memento for them. Yes, it’s perhaps overboard for these women who take care of countless babies, and my son won’t even remember them one day, but I felt compelled to do it, so I did.

Check out how it’s done here, or here’s my version of the how-to:

What Is Blockchain Technology and Cryptocurrency? 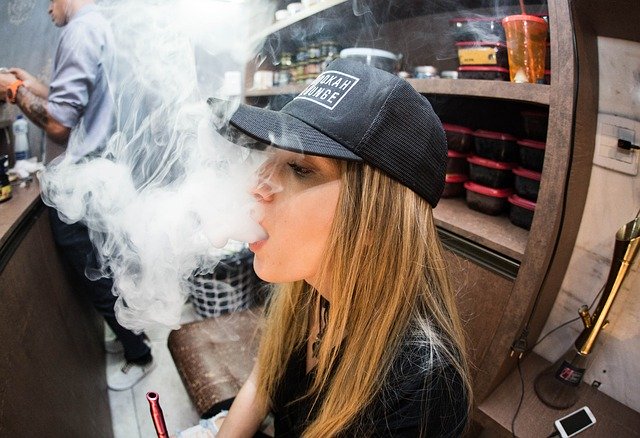 One thought on “Saying goodbye to first teachers”