In what is considered to be one of the most gerrymandered congressional districts in the nation, Democrat incumbent U.S. Rep. John Sarbanes squared off with Republican Eric Knowles and Libertarian Paul Drgos in the 3rd Congressional District debate hosted by the Greater Olney Civic Association and the Olney Chamber of Commerce Tuesday night.

The citizens of Olney have been taken out of the 4th district represented by U.S. Rep. Donna Edwards. They are are now in a spread-out district that spans to Towson, Annapolis and parts of Baltimore. Meanwhile Rockville and Laytonsville, towns that border Olney to the south and west, are in the 8th Congressional District.

The first question the candidates had to answer was how they felt about Gov. O’Malley’s redistricting plan, which is a referendum on the ballot this November.

What is your opinion on Maryland’s redistricting plan?

Drgos said the way the district lines are drawn is “enormously ridiculous” and he is in favor of completely redoing the redistricting process. He added that the 3rd district is the “most gerrymandered district in the country.” (“Maryland has least compact districts in the nation.”)

Knowles seconds Drgos and said that redistricting should be left to a non-partisan, independent advisory board that has no connections to political parties. Knowles said that it is a shame that it takes almost over an hour to get from his house in Annapolis to Olney. The way the districts are drawn makes it harder for representatives to represent their constituents when its difficult to reach out to them.

Sarbanes sides with the plan and said that if we were to redo the redistricting now it would be too complicated. He said the way it has been done, 70% of Marylanders stay in the same district. When Sarbanes took office in 2007, he inherited a third district that stretched from Annapolis to Columbia and Owings Mills. Representing a district that spans to different areas in the state is something that Sarbanes said he has become familiar with.

“If you talk to people that are in the 3rd district, I’d like to think that they would tell you, at the very present, that I try to reach out to people in their communities and get to know them,” Sarbanes said. “I hope that based on my efforts in the last few months, in my efforts to get around in the new part of the district in Montgomery County, that people are getting a sense of my commitment to this area.”

How will you help grow small businesses and jobs in Montgomery County?

Knowles said that the best thing that government can do is reduce regulations, reduce taxes and stay out the way of business growth and innovation. Knowles took a jab at the Sarbanes-Oxley act that was sponsored by John’s father, U.S. Sen. Paul Sarbanes, in 2002. Knowles said he would repeal the act, which increased the regulation of public companies’ accounting records to protect investors. The law also makes the punishments for fraudulent financial activity more severe.

“Any congressman that tells you that they can do something to grow business, if you are talking about wealth producing business, than they don’t know what they are talking about,” Knowles said. “Because of the fact that the government takes so much from us right now, it is stifling our potential to do more.”

Like Knowles, Drgos does not believe that government has a role as a job creator and should limit the regulations that are currently in place.

Sarbanes rebutted their arguments, saying that Montgomery County is a great example of the partnership that business can have with government. Investments in industries such as biotechnology and scientific research are beneficial to the growth of the county as Montgomery hosts a number of government research facilities. The incumbent said that because the federal government wants to take a roll in investing doesn’t mean that it is taking over the private sector.

“It’s recognizing the opportunity to build these partnerships and generate good, well-paying jobs with benefits that matter to people,” Sarbanes said. “I saw efforts every day by the Republican House leadership to slash our investment in the NIH, in the FDA, in these other scientific research opportunities that can be of great benefit to places like Montgomery County.”

Which tax deductions would you eliminate to balance the budget?

Drgos wouldn’t just eliminate choice tax deductions, he wants to completely redo the entire tax code, and mentioned so multiple times throughout the night. He said that small businesses take too much of the tax burden. With larger corporations, Drgos specifically mentioned General Electric, getting huge tax cuts, the tax system relies heavily on smaller companies. With Olney being a town with many independently owned shops, commercial office complexes and restaurants, small business plays a large part in the area’s success.

“The whole system needs to be thrown out,” Drgos said. “If I were [in congress], I would push to go for fairer tax which is a national sales tax. I would eliminate corporate tax, I would eliminate payroll tax and income tax. If I could get the backing that I need, which is not going to be easy, thats how I would do it.”

Knowles said that eliminating tax deductions is not the answer to balancing the budget because  having people paying more taxes will not help create a stable economy. The best way to balance the budget, he said, is reducing federal spending.

“We need to reduce the amount of spending in the Washington, that is a very simple answer,” Knowles said.

Sarbanes said that this question deserves more of a discussion than just Knowles’ “simple answer.” Although Sarbanes doesn’t know what specific deductions that he would eliminate, he said it’s irresponsible for the government to eliminate certain deductions like those for mortgages and charity donations. Like most Democrats, he said that the budget cannot be balanced solely on reduced spending, but needs a balanced approach, including tax hikes.

“Yes, we have to reduce spending where it is wasteful,” Sarbanes said. “But, you can’t just cut, cut, cut.”

“But because of important investments that we made, we were able to keep the unemployment rate much lower than our counterparts in Europe,” Sarbanes said. “The people that can contribute at the highest level ought to be asked to do that.” 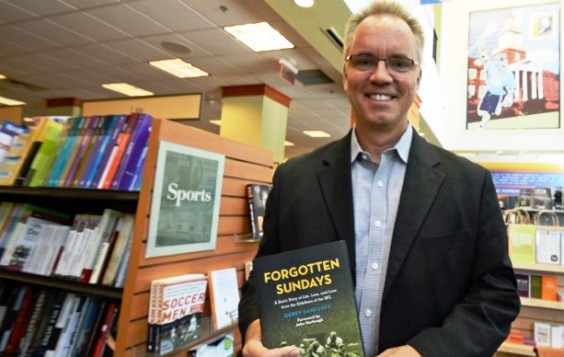