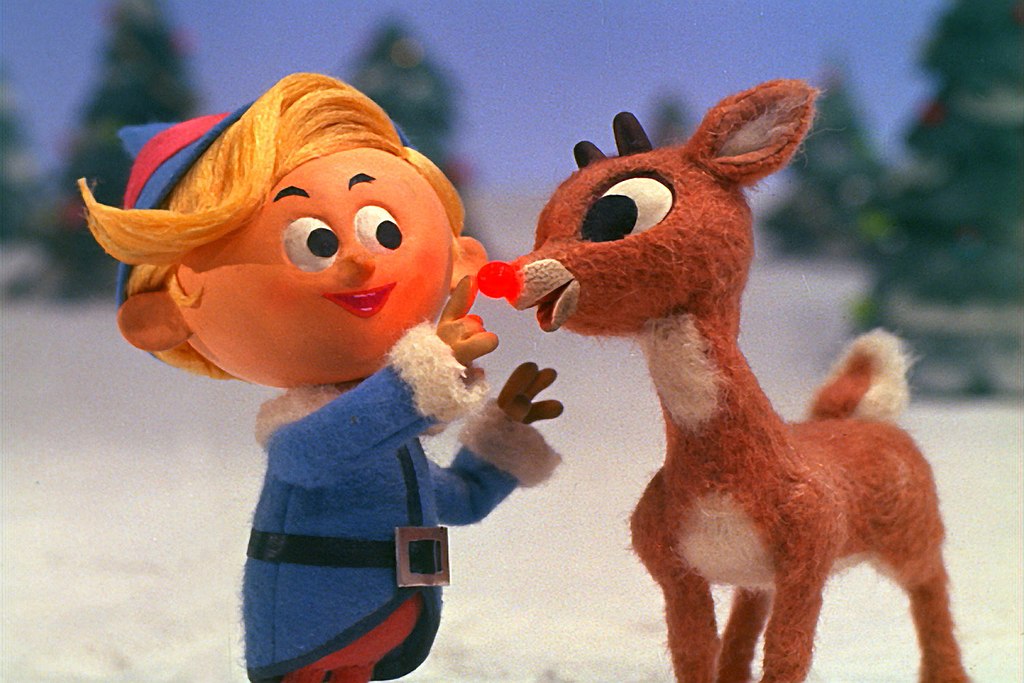 Hermey the elf and Rudolph, two characters from Rudolph the Red-Nosed Reindeer

Hermey the elf and Rudolph, two characters from Rudolph the Red-Nosed Reindeer.

The recent attacks on the classic 1964 TV holiday special, Rudolph, the Red-Nosed Reindeer, are wrong on so many levels.

First of all, from a personal standpoint, I AM Rudolph. Although I’ve never had a shiny red nose, as a kid, I was singled out by bullies because I could sing, dance, and act, at a time when those talents for a young boy (or for an adult male, for that matter), were not so widely accepted in the mainstream.

And I also happened to be a cute little kid, who all the little girls liked. So, all the little boys would beat me up. The prejudice/bigoted message/theme of Rudolph can be life-changing. The show certainly helped get me through many rough patches in my childhood (and still does today).

Secondly, the unsettling characteristic behavior displayed by Santa Claus and the Reindeer Coach, etc. that is the source of recent critics is reconciled by the end of the special, as they, and other characters who behaved badly or spoke out of turn ultimately realize how wrong they were.

Thirdly, with all the ignorant, violent, vulgar, and profane language and images that are displayed on a daily basis on the majority of new television programming and in new feature films, for that matter, is considered acceptable, poor little “Rudolph” and the show’s amazing message of love and forgiveness is being attacked?

That is just plain insane. Certainly, every writer should have the freedom to write whatever they want, and I do not sit in judgment of that. But don’t be picking on the animated Rudolph when other animated characters like those on The Simpsons and Family Guy fart, swear and frequently utilize abusive words and display offensive behavior.

Fourthly, from a completely objective and professional perspective of the creative writer’s life, all stories need villains, whether stories are told on TV, the big screen, the stage, or even in a song, whether the material in question is adult-geared or family-oriented.

What, are all creative properties now supposed to eliminate antagonists in storytelling and just have scripts filled with protagonists?

As Macaulay Culkin’s ingenious character, Kevin McCallister says at one point in the classic 1990 holiday feature film, Home Alone, “I don’t think so!”

Herbie J Pilato is the Founder and Executive Director of The Classic TV Preservation Society and author of several classic TV companion books. He has been part of TVWriter™ for 20 years and is Contributing Editor Emeritus.