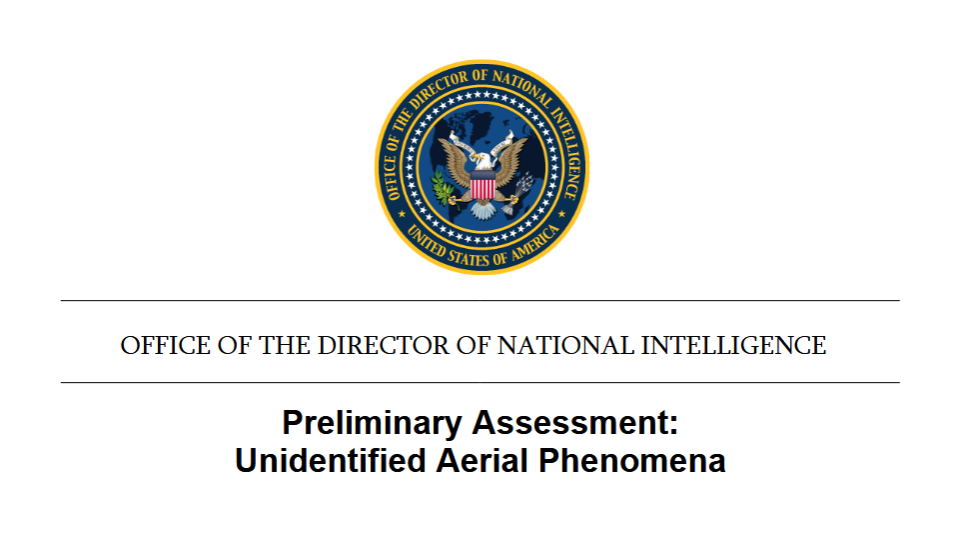 BALTIMORE — In a year which began with lingering questions about a national election – and is ending with growing doubts about the evolving response to a world-wide pandemic – an overdue disclosure of what the U.S. government knows about the UFO phenomenon could have been received like an unmasked breath of fresh air. Unfortunately, what emerged from the Preliminary Assessment: Unidentified Aerial Phenomena report was a decidedly mixed bag, adding a confounding jumble to an already disjointed year.

“I will say this about the report. I think it’s the first time that a government report has come out – that is unclassified – that doesn’t belittle the subject.” said UFO scholar Rob Swiatek.

Swiatek tendered his assessment of the June 25th Office of National Intelligence report during an hour-long presentation at this years annual Mysteries of Space & Sky Conference.

The conference was held on November 13 in Gambrills, Maryland.

Swiatek – who currently sits on the board of directors of the nonprofit Mutual UFO Network – has been researching the UFO phenomenon from a science-based perspective since 1968. A double-major in physics and earth science, Swiatek spent much of his career working in the area of aeronautics and astronautics with the United States Patent and Trademark Office in Virginia.

In his opening remarks, Swiatek pointed out that three of the nine pages in the government report were taken up with, “things that weren’t right on topic.”

“A recap of the scope and summary, definitions of acronyms and such. So we have six pages that are drawn to the actual phenomenon.

“Everybody here probably knows how UFO’s have been the butt of jokes for 70 years. And every time a scientist would be put in front of a microphone in the 1950s, the 60s, or the 70s, it was always to castigate the people who were witnesses of sightings. They used everything they could to just deride the topic and to make light of it. (But) this report came out and I didn’t see any ridicule in it to speak of. So I applaud them on that.”

Aside from forgoing the familiar “UFO” by adopting the British and military term “UAP”, did the government tell us anything new? Well, as a matter of fact, they did. One shocker, according to Swiatek, actually appears in the press release that announced the anxiously awaited report.

‘Today Director of National Intelligence delivered to Congress a preliminary assessment of UAPs (unidentified aerial phenomena) and the progress that the intelligence community and the Department of Defense has made in understanding this threat.’

“If you say ‘threat’ that has a meaning in a military sense. And it was something that, for the previous seventy years in the UFO subject, the military – and specifically the Air Force – never wanted to use. They never wanted to portray the UFO phenomenon as a physical threat in the air. That might have been a threat for other reasons, like it could interfere with intelligence activities in the United States or something like that. But was it a threat to aircraft or a threat to facilities on the ground? That was something they would back away from and never talk about. It’s the Air Force’s job to investigate threats to the country, but nonetheless, they never quite phrased it as a threat.”

Swiatek said a second surprise appears at the end of the press release:

‘To that end, the Secretary of Defense Kathleen Hicks is going to take steps to formalize the UAP task force that was set up in 2020.’

“In other words,” explained Swiatek, “they are going to make the UAP task force a permanent little body of government. Sort of like Blue Book, in a way that always is looking at UFO cases.”

(Note: Formation of the new Airborne Object Identification and Management Synchronization Group was announced by the Pentagon on November 24.)

For the all the promise of the June 25 report, Swiatek maintains the meat of the missive suffers under a critical evaluation. This may leave the careful reader to wonder if the government is hiding important information about UFOs – or worse – if it has any handle on what’s behind the baffling observations?

“The report says on page two that the various forms of sensors that register UAP generally operate correctly and capture enough real data to allow initial assessments. Well, that’s a good thing. So we have these sensors, that are gathering information, on airplanes or conceivably fixed structures on the ground, that when an unidentified phenomenon is encountered, these sensors are going to pick up any radiation, light waves coming from it, conceivably heat – IR/UV, that type thing. Then statement number two says a majority of the unidentified aerial phenomena were registered across multiple sensors. Well, they dealt with 144 cases – 143 cases, they said that the UAP Task Force looked at – so majority of those is something over 70.

“So that’s another incredible statement. That multiple sensors captured some kind of data from these objects, or whatever they are, that were appearing to pilots.

“And then we go on to statement three, which directly contradicts the other two:

‘The unidentified aerial phenomena task force considered a range of information on UAP but because the reporting lacks sufficient specificity, ultimately recognized that a unique tailored reporting process was required to provide sufficient data for analysis.’

“Well, they just got through telling us a couple pages before that the reports didn’t necessarily lack sufficient specificity. They were captured in a majority of the reports by multiple sensors. That’s hard data that scientists and engineers like to look at. So that’s a weird statement,” said Swiatek.

Even weirder are two statements which follow one another in the report. Both appear on page four.

“The first statement – number four – is a sentence. And literally statement five is the next sentence, so I’m not skipping several pages. Statement four says, ‘The sensors mounted on U.S. military platforms are typically designed to fulfill specific missions. As a result, those sensors are not generally suited for identifying UAP.’

“Okay, that contradicts the first couple of things (they said).

“Next sentence: ‘Sensor vantage points and the numbers of sensors concurrently observing an object play substantial roles in distinguishing UAP from known objects.’

“That sounds like in identifying them then as a UAP, and determining whether a UAP demonstrates breakthrough aerospace capabilities, optical sensors have the benefit of providing some insight into size, shape and structure.

“Those two sentences are 180 degrees apart,” stressed Swiatek. “They just don’t make sense when read together.

“And then page five of the report has this one sentence. It’s, I think, as a heading: ‘And a Handful of UAP Appear to Demonstrate Advanced Technology.’

“So that to me is the most defining statement in this nine page report. That’s an incredible statement. Can you imagine Blue Book ever saying something like that? Or Project Sign or Project Grudge? It’s hard to imagine they could. Maybe we’ll find out differently as we go on. But that’s an amazing statement – that we might be dealing with an advanced technology.”

Swiatek’s talk also cross-checked statements in the Preliminary Assessment Report against official statements going back to the late 1940’s. We’ve included these comparison quotes below, along with the entire video of Swiatek’s presentation at the 2021 Mysteries of Space & Sky Conference.

So, are we being visited by alien entities, or are there other possible explanations for the UFO phenomenon? We’ll leave that for our readers to decide. In the meantime, it’s important to remember that the United States government is officially on record as taking whatever is occurring in the skies above us very seriously.

“Our national security efforts rely on aerial supremacy and these phenomena present a challenge to our dominance over the air. Staying ahead of UAP sightings is critical to keeping our strategic edge and keeping our nation safe.” Sen. Kirsten Gillibrand (D-NY)

“The phenomenon reported is something real and not visionary or fictitious.” (23 September 1947 Lt. Gen. Nathan Twining letter to commanding general, Army Air Forces)

“The reported operating characteristics such as extreme rates of climb…must be considered evasive….” (1947 Twining letter)

“The objects observed there [Scandinavian countries, 1946] had unusual range and unusual performance characteristics.” (“Analysis of Flying Object Incidents in the U.S.,” p. 5)

“Therefore, it appears that some object has been seen; however, the identification of that object cannot be readily accomplished….” (“Analysis of Flying Object Incidents in the U.S.,” p. 1)

“This means that counting both the 13 percent on which we had insufficient data for analysis and the 26 percent which we could not attribute to any known cause, there have been 272 sightings of which we have record that we are unable to explain. With these – nearly forty percent of the total – we have run up against a completely blank wall.” (“Unidentified Aerial Phenomena: A Briefing,” Air Technical Intelligence Center, 1 April 1952, p. 41) (Italics added)

“However, there have remained a percentage of this total, in the order of twenty per cent of the reports, that have come from credible observers of relatively incredible things. And…we keep on being concerned about them.” (“Minutes of Press Conference Held by Major General John A. Samford, Director of Intelligence, U. S. Air Force, 29 July 1952,” p. 2)

(4) “Some UAP observations could be attributable to developments and classified programs by U.S. entities. We were unable to confirm, however, that these systems accounted for any of the UAP reports we collected.” (PA, p. 5)

“[A] complete survey of research activities discloses that the Army Air Forces has no project with the characteristics similar to those which have been associated with the Flying Discs.” (USAAF Gen. George F. Schulgen letter to FBI Director J. Edgar Hoover, 1947)

(5) “Although most of the UAP described in our dataset probably remain unidentified due to limited data or challenges to collection processing or analysis, we may require additional scientific knowledge to successfully collect on, analyze and characterize some of them.” (PA, p. 6)

“[P]roof of the existence of a foreign development of this type [of flying object that has been observed over the U.S.] would necessarily introduce considerations of new principals and means not yet considered practical possibilities in our own research and development.” (“Analysis of Flying Object Incidents in the U.S.,” p. 6)

“There are numerous reports from reliable and competent observers for which a conclusive explanation has not been made. Some of these involve descriptions which would place them in the category of new manifestations of probable natural phenomena but others involve configurations and described performance which might conceivably represent an advanced aerodynamical development. A few unexplained incidents surpass these limits of credibility.” (Report on unidentified aerial objects by the Air Force director of intelligence, Gen. Charles Cabell, to the Joint Intelligence Committee, 1949) 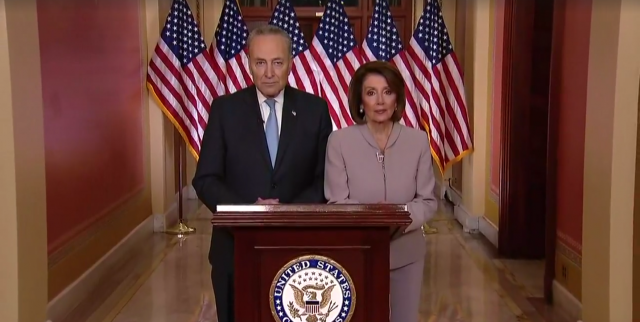