Nine Republican candidates survived to take on Donald Trump in Thursday night’s first presidential debate on Fox, but seven other have already fallen by the wayside.

So six months before Iowa goes to its caucuses and New Hampshire at least launches the season of real, actual primary elections, we are already seeing some fascinating patterns emerging on the side of the GOP faithful.

Senators Lindsey Graham and former Senator Rick Santorum are gone despite standing tall and proud – or so they thought – on Monday night.

Senators Ted Cruz, Rand Paul and Marco Rubio are still in the race –theoretically. But unless they can pull off a miracle, they are only hanging on with life support.

This wasn’t supposed to happen. Cruz is still awash in money, but his Texas flyer never left the runaway (and they build long runways in Texas).

Rubio was the younger, brighter, more dynamic and presentable establishment Alternative to Jeb Bush (Jeb!). But for all his tough talk, he has lacked any substance or credibility whatsoever.

Rand Paul was supposed to appeal to youth as a Libertarian quasi-John Kennedy. But instead, they are swooning over 73-year-old socialist Bernie Sanders.

On the Democratic side a 69-year-old former Senator leads still and her only challenger is Sanders, who is only four years older.

The only former governor in the Democratic race, Martin O’Malley who has actually run a city and a state – and in both cases he ran them well – is nowhere to be seen.

The Republican Craving for Substance

But Republicans are for once actually settling on substance or at least the appearance of it.

This is a major part of Donald Trump’s appeal. While he inherited a lot of money he built up vastly more. He has built great buildings and produced spectacular business and media successes.

Trump is certainly not a colorless nonentity nervously looking over his shoulder to see what the Koch Brothers, Sheldon Abelson or other more anonymous moneybags the public has never heard of are going to think about him.

Trump has also shown the intelligence, the character and the sheer guts to spell out controversial policies that clearly appeal to a broad base of support. He is satisfying a real hunger for substance among poor and sinking middle-class Republicans who are finally waking up to the empty uselessness of Reagan era rhetoric for rescuing their lives and families today.

This is a crucial and still almost totally overlooked phenomenon.

It has started to transform the nature of national politics across the American continent.

Martin Sieff was National Political Correspondent for United Press International covering the 2000, 2004 and 2008 presidential elections and covered the 2012 one for the Baltimore Post-Examiner. His most recent book is Cycles of Change: The Three Great Cycles of American History & the Coming Crises That Will Lead to the Fourth (Amazon-Kindle) also available from www.martinsieff.com 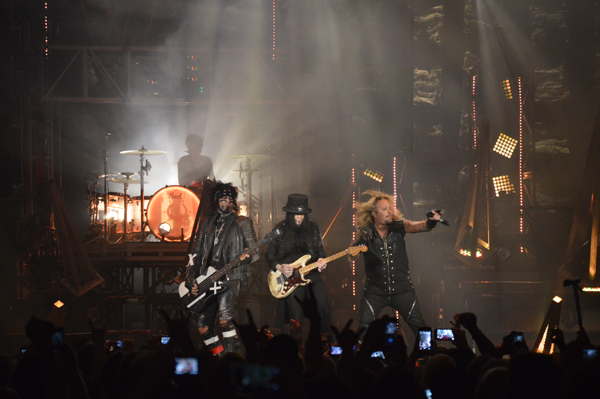