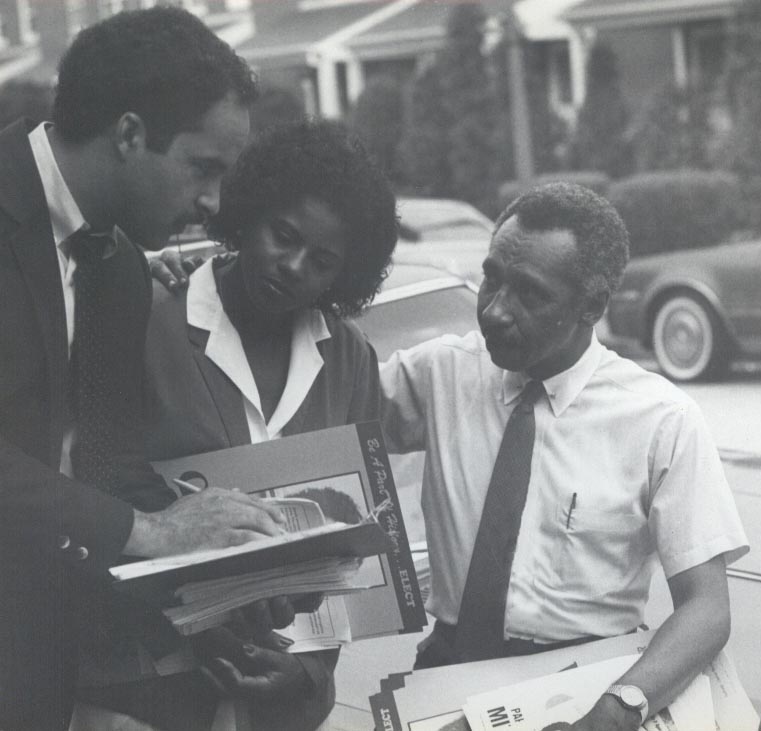 Parren J. Mitchell, an African-American, born in 1922, was from a well-known family in West Baltimore. They were steeped in Democratic Party politics, with a passionate devotion to the holiest of their causes – Civil Rights!

Mitchell served with great effectiveness in the U.S. Congress from 1971 to 1987. During that time, the Vietnam War was raging; the demented President Richard M. Nixon was getting swallowed up in the Watergate scandal; and Nixon’s VP, (Maryland’s own, Spiro T. Agnew), was forced to resign his office.

Meanwhile, Mitchell’s brother, Clarence, (1911-1984) was the chief lobbyist for the NAACP in Washington, DC. for over 30 years. He was so effective, that he was known on Capitol Hill as the “101st Senator.” His wife, Juanita Jackson, was also a Civil Rights activist and an attorney. The Baltimore City Court House is named after Clarence Mitchell.

Back to Parren J. Mitchell: He served in the U.S. Army during WWII from 1942-1945. He was wounded in Italy, where he earned a Purple Heart for his service. He was assigned to the 92nd Infantry Division, a segregated division, which saw action in Europe.

After the war, Mitchell earned a Bachelor’s degree from Morgan State U., later he received a Master’s degree from the U. of Maryland at College Park. He had to sue the school, in 1950, to gain admission, since it was then a segregated institution. In 1958,  Mitchell married Hazel Johnson, who died in 1963.

Mitchell was the first of his race to be elected to the U.S. Congress, in 1970, from the State of Maryland. He beat the Democratic incumbent, “Sam” Friedel, by (double gasp) 38 votes! Then, he went on to easily win the General Election.

I recall a number of occasions when Mitchell showed up as a featured speaker at rallies protesting discrimination against Blacks in the city. One that I vividly remember was in front of the offices of the “Baltimore Sun” on North Calvert Street.

Mitchell died in 2007, at the age of 85. According to published reports over 1,000 people attended his funeral.  Congressman Elijah Cummings (7th District), one of the speakers at the event, said of him: “He was constantly building bridges for others to cross.”

The following is excerpts from an interview I did with Mitchell in his office on Capitol Hill back in November 1984.

“When I look back on it, the impeachment of President Richard M. Nixon, Spiro T. Agnew’s resignation as Vice-President, the war in Vietnam, and the aftermath of the Civil Rights movement, it was the perfect time for me to serve in the Congress,” said Rep. Parren J. Mitchell.

Since 1970, Mitchell has represented in the Congress, Baltimore City’s sprawling 7th district. In the November general election, the widely popular black political leader is unopposed on the ballot.

Maryland’s first Black congressman, Mitchell has been the driving force for championing legislation and progressive causes during his oft-times controversial tenure in office. “It has been like a Shakespearian drama being here,” continued Mitchell, while seated in a spacious conference room in his office at the Rayburn Building in November 1984. It is only a stone’s throw from the House of Representatives. “You get those hard dramatic moments and you remember them of course.”

“Once, I remember being in the House getting ready to vote on a matter, and a silence fell over the whole chamber – not a whisper could be heard as it was gaveled to order. It was the time,” Mitchell recalled, “that Vice-President Spiro T. Agnew came over to plea bargain with the Speaker of the House, Carl Albert, over whether he would be tried by the House or by the Courts.”

Mitchell was an unrepentant foe of the Vietnam War when it wasn’t very popular to oppose the administration’s policy. He fought hard in the House to end the war along with a coterie of other congressmen, that constantly grew in numbers as the conflict lingered on aimlessly. Mitchell reminisced about another stirring time concerning that volatile issue.

“Tears came to my eyes when I heard those words,” said Mitchell. Another moving incident Mitchell wanted to talk about was the Watergate crisis. He recalled receiving a telephone call late on a Sunday evening at this home in Baltimore from Speaker Carl Albert.

The phone call came right after the so-called “Saturday Night Massacre.” Mitchell’s response to Speaker Albert was, “Mr. Speaker, I asked for Mr. Nixon’s impeachment a long time ago.”

“Strange enough,” Mitchell underscored, ” a great deal was done on domestic and social programs under Nixon. He was astute enough as a politician to recognize the power of the Congress. Nixon, unquestionably set the seeds for minority businesses, although he did it for the wrong reasons. He wanted to get reelected by starting-up black capitalism.”

Mitchell said Blacks had access under President Nixon, Ford, and Carter, but not under Ronald Reagan. “If Reagan wins again,” Mitchell predicted, “things will be exceedingly grim and difficult. The blessing of the system, however, is that there are checkpoints. The House will remain Democratic. I suspect we will do fairly well in the Senate. Reagan is enormously popular as a man, but his programs aren’t.”

“America is really not a bestial nation,” Mitchell continued. “We don’t see anyone without any help. We aren’t going to see people hungry in the streets. I don’t care how conservative some elements get. There is a basic decency in America, that isn’t going to let those programs go by the boards.”

“I am, was, and always will be a liberal,” Mitchell emphasized. “When all else fails, I believe it is the duty of government to do things for people: housing, health, education, and jobs.

I want the Democratic Party to shift back more towards that position, rather than becoming the new ‘Atari Democrats,’ the middle of the road types. It is because we have a capitalistic system, that we need government to play those roles.”

Although there were some rumors, that this might be Mitchell’s last hurrah, he said that he was taking it one term at a time. He also made it clear, that he had no interest in running for mayor of Baltimore City in ’87. (Mitchell retired in 1987.) But, he said, he knew of at least 12 Black men and women, in addition to State’s Attorney Kurt Schmoke, who were more than capable of handling that office.

(Mitchell’s instincts were right on about the popular Schmoke. He went on to served two terms as mayor of Baltimore from 1987-1999. In May 2014, Schmoke was appointed the President of my alma mater, the University of Baltimore.)

Mitchell said that he is astounded that he is now the fourth-ranking member of the House’s powerful Banking Committee. “I have enough support from the members and I know that if anything happens, I would be considered for the Committee’s chairmanship.” And then with a big belly laugh, he concluded,”Of course, the House would probably want to abolish the Committee!”

From my perspective, (his friends called him “PJ”), Parren has never received the rightful acclaim that he so richly deserved in his own community for his long, faithful and skill-filled service. I am continuously puzzled by that fact. Although the U. of Maryland, at College Park, has honored Parren’s memory by naming a building after him, when is the city of his birth – Baltimore – going to follow suit? 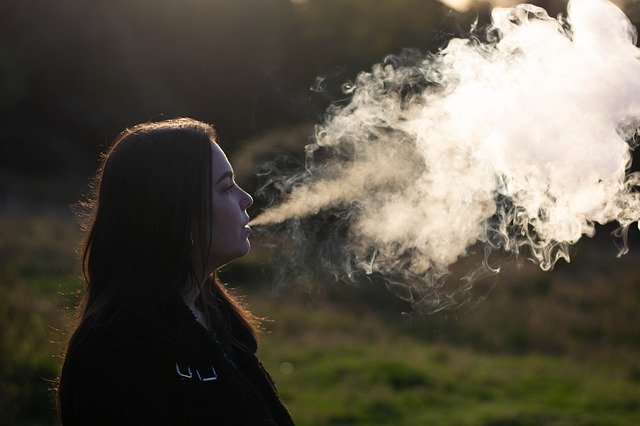 Are Teens Still Hooked on Juul? 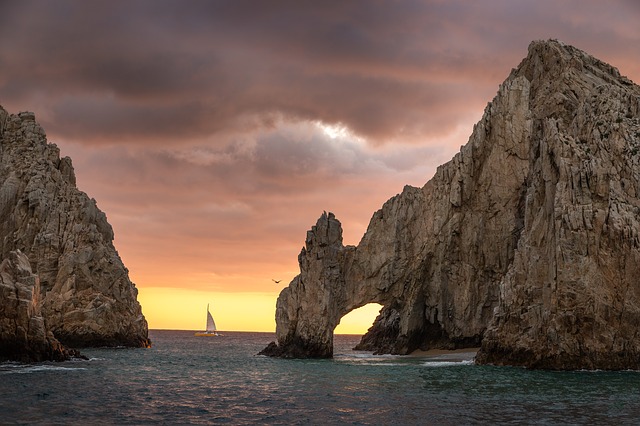 Top things to do in Cabo, Mexico 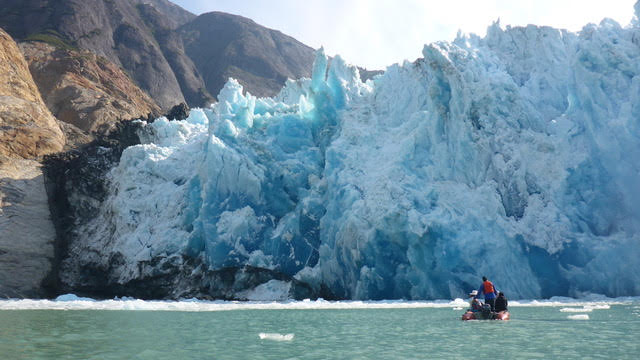 Off to Alaska with Bluewater Adventures