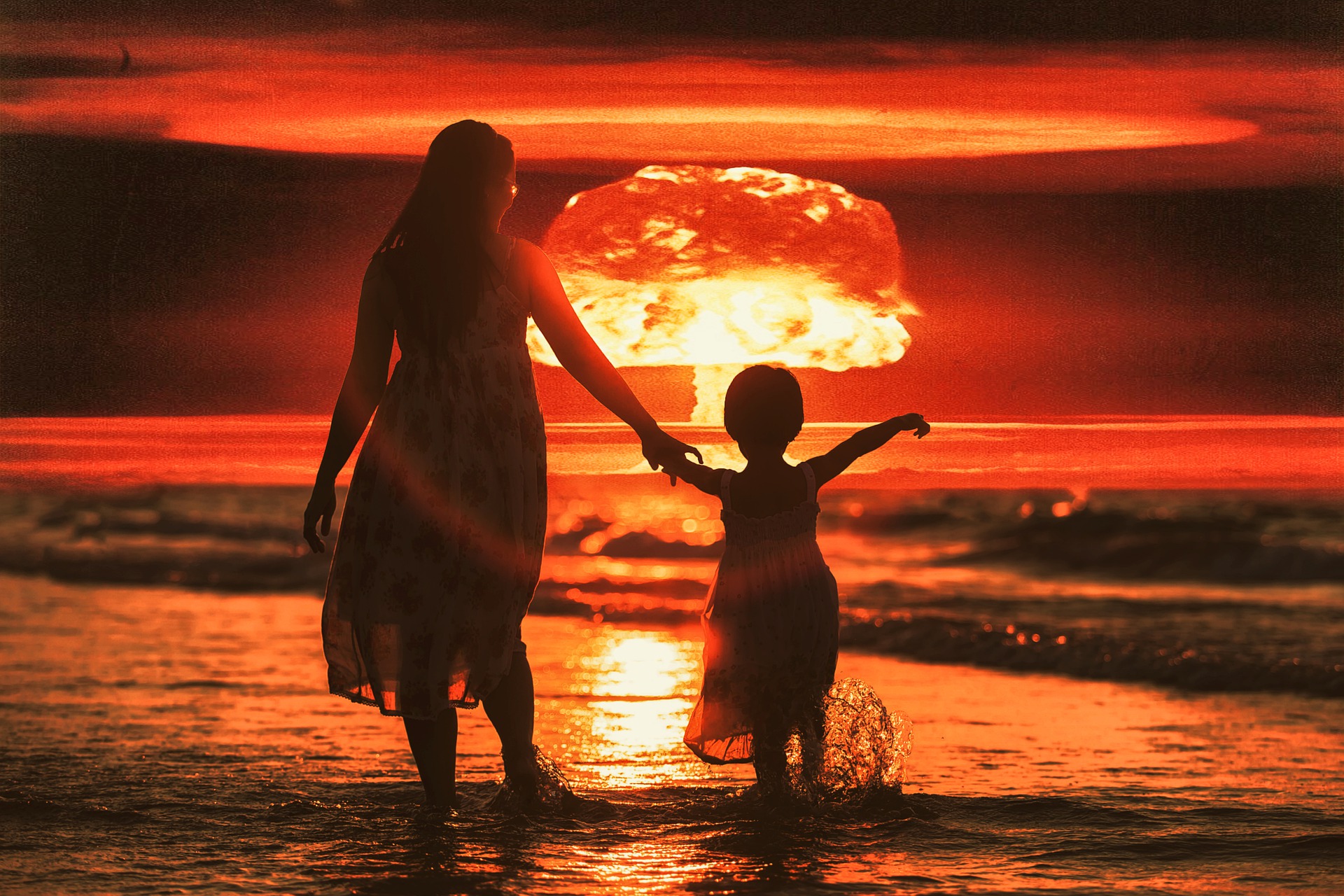 BALTIMORE — It isn’t often that fate drops two seemingly unrelated stories into a writer’s lap; stories which – when paired together – set off a siren from long ago.

The first story (in case you haven’t heard) is that Vladimir Putin seems poised to invade Ukraine. Even now, President Biden is reading the Russian leader the riot act – possibly from a teleprompter on his desk in the Oval Office.

The second story revolves around the battle for lifting of mask mandates for schoolchildren. Not only here in Maryland but in neighboring Virginia and across these barely United States. Parents and (mostly Republican) politicians want the mandates to end, while school board members (reading from their own teleprompters?) insist the mandates must stay in place.

Both cite science and statistics. Both say they have the health of their young charges at heart. Pundits will weigh in, because that’s pretty much all that they do. Judges may ultimately rule on which side will prevail.

To be honest, I really have no dog in either fight. I do not have school-aged children (or any children that I am aware of.) Nor do I have any ties to Ukraine, despite the fact that I am constantly bombarded with beguiling ads saying that beautiful Ukrainian women seek love from older American men.

That said, since the beginning of the present European crisis we have been told that the precarious standoff could potentially lead to a nuclear exchange between Russian and NATO forces. The insanity of this prospect (which would affect all of us) truly boggles the mind, but with wars come warmongers, and we’re not as evolved a species as some social scientists would have us believe.

All of which takes me way back to my own elementary school days.

You see, I am old enough to remember when the threat of war with the Soviet Union was reason enough to mandate what we affectionately knew as “duck and cover” drills.

Try to explain the duck and cover theory to anyone too young to recall when Annette Funicello was a Mouseketeer, and they will swear you’re making up the whole crazy thing. Trust me – it’s true. Entire segments of my early education revolved around what to do should we be attacked by those scheming Russians.

I remember all too well the piercing “test” alarm which seemed to blare forever, then being shepherded with my classmates into the windowless hall of PS 232. There, we would sit with our backs against the wall – legs crossed, heads down, and locked fingers covering the back of our heads. Do that often enough when you’re six years old, and you are either scarred for life, or you’re pretty sure that at least your cerebellum will survive whatever the Communists send your way.

I later learned from the older kids in my neighborhood that the crouching hallway exercise was something of an upgrade from the duck and cover desk routine they’d had drilled into their unprotected noggins. In that particular maneuver, schoolchildren were instructed to quickly dive under their desks and cover in the relative safety of polished plywood and tubular steel.

Kids from that era could also find flash protection under their poodle skirts and letter sweaters. Some even used their text books, because, you know, kids actually read books in the 1950s.

But the lessons didn’t end there.

Educational reels produced by the Office of Civil Defense showed Mom the best way to wash radioactive particles off her garden tomatoes. Other short films featured Bert the Turtle ducking into his shell; Dad using his newspaper to fend off gamma rays; and alert sun-seekers making like so many coppertoned ostriches.

Then there was Paul and Patty – two teens we find casually walking to school. They knew what to do! A quick flash of light, and they dropped to the sidewalk where they covered up between a brick building and a parked Plymouth sedan. Seeing that made me wonder if ducking behind a Plymouth offered more protection than say diving under a DeSoto?

Clearly kids (and adults) in those days took nuclear threats quite seriously, even if the chance for survival was pretty slim for anyone at or near ground zero.

Then, around 1965, the drills and the films and the PSAs just suddenly stopped. It was as if Khrushchev’s finger waving and shoe banging never really happened. Radio stations would regularly run screechy emergency tests (they still do), but it wasn’t the same. Perhaps a real war in Vietnam was more gripping than the hi-jinx of Bert the Turtle. Besides, with The Man From U.N.C.L.E. in our corner, and American astronauts rocketing through space, the Ruskies didn’t seem so menacing after all.

I don’t recall having an air raid drill in my school even once after the second grade. Fire drills, yes, but no air raid drills. Yet the 112 air raid sirens situated on rooftops all around Baltimore City continued to sound every Monday at 1:00 pm. Not for years, mind you, but for decades, while secreted stores of food, water and medicine in fallout shelters slowly rotted away.

And then, when an actual emergency occurred in 2001 – a toxic fire in the Howard Street railroad tunnel – practically no one in Mobtown knew what to do when the sirens sounded. No one, that is, save for us hall-squaters and desk-divers, who still picked up the occasional book and had their high school letter sweaters.

So, here we are on the brink of WWIII – with lots of sabre rattling across the pond and a fading pandemic, which has morphed into a political football – covering our children’s precious faces while clouding their impressionable craniums.

Will Putin and/or Biden use the doomsday device? Who knows? I certainly hope not. But in light of what I learned as a child, I wonder what’s deadlier? A direct hit from an incoming ICBM, or cold-like symptoms that quickly go away?

Granted, one could argue that the most clear and present danger to kids is the crap-shoot that is public education. But, since when did CDC health recommendations become immutable mandates? And, if kids under 10 are unlikely to spread coronavirus at school, why maintain the draconian measures?

Who gave school boards all across the country that authority?

That’s why governors like Larry Hogan can only “ask” that the mask mandates for public schools be rescinded.

“All of the harms mentally, socially and emotionally (t)hese masks are causing our young kids far outweigh (any) reported benefits of a mask,” parent Maggie Pierce told WBAL.

Pierce may be right. Only time will tell. But do we as a nation have the luxury of treating our children like little test subjects indefinitely?

How can anyone bear that burden without being scarred for life?

The kids of my generation grew up believing we could beat the Russians to the moon. That’s how we survived the shadowy threat of the Soviet Union. Today’s kids are being taught not to trust anyone they come into contact with. And mask up. No one wants to see you smile when you ace that spelling bee.

The alarms are sounding, if you care to listen, and the warning signals are clear.

It’s time for the tone deaf to stop playing duck and cover.

Larry Hogan’s budget gets a trim

Giving up our civil liberties and having a civil discourse