This week I saw some examples of parents who didn’t appear to understand that there was another choice to parenting besides permissiveness if you don’t like making demands of your children. I’m a Pediatric Nurse Practitioner and spend my days interacting with families of well and sick children. For the most part parents and their children seem to be able to figure out how to handle being in an exam room for 15 or 20 minutes without driving each other crazy.

This takes the ability of the parent to be clear on what they need, most likely a need for peace and order, and the ability to negotiate that with the child. The child, depending on their age, probably has needs for play and understanding, as well as peace. Sitting in that exam room can be very anxiety provoking for some children.

This week I had several instances of walking into rooms in which there didn’t seem to be any boundaries regarding what the children could do. Books and objects were scattered on the floor and the parent’s appeared very frazzled, following after their children as they bounced from the exam table, to the cupboards, to the chairs and back around. In one room the parent informed me her child had no “stranger danger” and would probably be crawling into my lap as I tried to document information on the computer. In another instance I walked into a room in which my computer chair was now up on the exam table.

I have a very high tolerance for disorder and actually use play continuously in my interactions with children. I find this is a good strategy to get them to agree with my requests during examinations. But I do have a need for some sort of order, and I know the child does too. Marshall Rosenberg talks about the struggle some parent’s have in seeing there is another way besides making demands of our children and permissiveness.

I imagine there are many reasons parents don’t want to make demands of their children. They may instinctually know that making demands is always going to involve a cost. They may be wanting to help their children learn how to make their own choices. They may be telling themselves their children won’t like them if they put restrictions on their behavior. I have no doubt they are doing the best they can to get their own needs met. Most of us were brought up using punishment and rewards as strategies to grow our children. It can be very difficult to imagine there is some other way between using that and letting our children do whatever they want.

As Dr. Rosenberg was writing his books regarding how to create schools that were in harmony with his principles of empathic communication he developed a game that was really a research tool. He wanted to understand what kinds of choices he could trust children to make that would be safe. He knew children needed to have practice and experience at making choices, and he knew they wouldn’t always make life-enriching choices, but as long as they were safe choices, they could learn from this process. So he developed a game called “The Captain Game”. In this game he would appoint one of his children each day as “The Captain”. He would then turn over many of the decision that he would normally make during the day to “The Captain”. He would not give the child this ability unless he had determined he was willing to live with whatever the choice would be. He wanted to understand how early they could start making those choices, and which ones might be more difficult for them to make.

One of his examples was when he went to pick up some dry cleaning. After he had paid, the woman who had checked him out started to hand him three pieces of candy for the three children he had with him. He asked her to instead “give the candy to the Captain.” The child, who was “The Captain” for the day, stepped forward and she handed him the candy. So here is this 3-year-old child with three pieces of candy and two siblings looking at him.

After a few seconds of consideration he handed a piece each to his brother and sister and ate the third. He didn’t do this because Dr. Rosenberg had taught him to share. He did this because the week before this same situation had come up for him and he had eaten all three. He found the next day when he wasn’t captain they weren’t willing to share with him. This was really a lesson in how interdependent we all are. When we don’t take other people’s needs into consideration, our own needs can never really be met. We ultimately pay for any decision that doesn’t come out of concern for others.

And this brings me back to my experiences on a daily basis in seeing families in the office. When I can’t find the ability to be able to take into consideration the needs of my families, ultimately I pay.

Recently a teenager come in for a checkup with her mother. There is quite the paperwork for them both to fill out that includes all kinds of lifestyle questions. It really is quite extensive, but it makes my job so much easier when I can glance at the answers rather than having to ask all of these questions during the visit. It also makes it clear what kinds of areas they may have concerns about so we can be sure to spend time talking about those concerns.

After having roomed these two my assistant came and told me the mom was refusing to have her daughter fill out any of the paperwork. I immediately felt exasperated and defensive asking myself “why would you even come in for a check up if you don’t want to provide me information to support us in having the best visit we can?” I went directly to the room and “explained” in a defensive way that this paperwork needed to be filled out. Everyone filled it out.

The mom was just as defensive in questioning why anyone would be asking such personal questions. I left the room basically demanding she fill it out and I would be back for the visit. Fortunately I went to see another family, and had a chance to give myself some empathy. By the time I got back to the room I had some openness for what may be going on. When I walked in however, I could see the mom was very angry. This was the cost to me for not being able to take her needs into consideration. Because I was now open to do this, I was able over the rest of the visit to connect with the child and ultimately her mother and the visit ended with all of us experiencing some consideration and respect. And I am very grateful that I had the ability to get into that space to allow that to happen. That doesn’t always happen.

As a parent, what kinds of decisions can you allow your children to make? Can you find the ability to start your own experiment into discovering where your child’s boundaries are? Can you trust that your child can learn to make life-affirming decisions? Can you learn to let them sit in the discomfort when they don’t? Can you learn to sit in your own discomfort when they are uncomfortable? Can you find that space where you support your child’s independence as well as take into consideration the needs of others? That can be one of the hardest things to do as a parent.

Misdiagnosis of dementia – What does negligence look like among dementia patients? 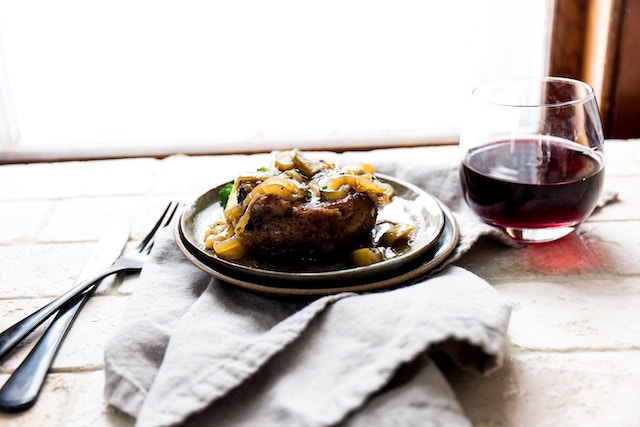 Must Learn Ideas to Stay Trim and Slim with Wine