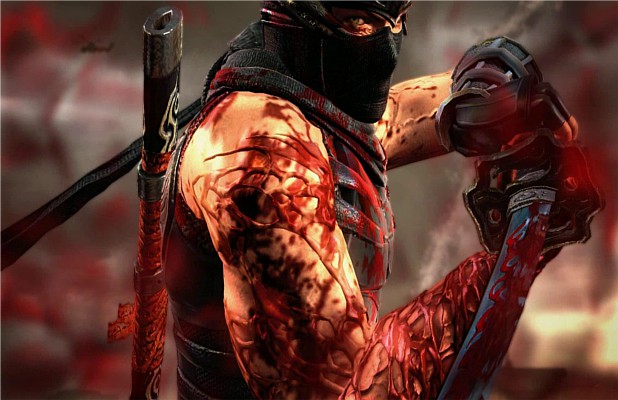 One game series that almost every platform player will claim to be the most frustratingly challenging, addicting, and entertaining would be none other than Ninja Gaiden.

Sadly, the newest installment into the series not only falls far from the tree of expectation, everything beautiful about the series has been replaced with complete and unrelenting disappointment. Try your hardest to remember and cherish the days where Ryu Hayabusa could die from just a single basic enemy, and when getting him out of a room was worthy of a high five, because if Tecmo’s Team Ninja keeps up this trend those days will be lost forever.

Not only does this game feel like a watered down Dynasty Warriors, but everything you loved about Ninja Gaiden’s combat is in one way or another gone. Insanely long combos, pretty flourishes, and precise timing counters have all been replaced with simple button mashing,  which can be completed in what feels like a completely skilless random sequence of buttons. Ryu is a pony with as many tricks as there are weapons to use in the game. Just one. 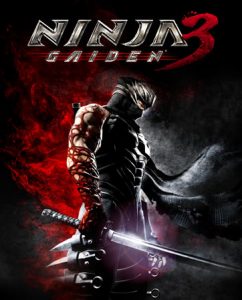 As the mediocre combat starts to bore you before you finish the first level, remember that you have another 8 or so hours of the same daunting thing. Each and every encounter feels like you are just thrown into a sealed-off room with 10-60 bad guys, and when you kill them all you simply rinse and repeat into the next room.

Not only does fighting these uninteresting goons feel mundane and repetitive, it’s simply unattractive. The erratic and unreliable targeting means missing marks far more often than what is acceptable for a franchise revered for precision. The constant enemy dismemberment and gore that kept the fans happy happens so infrequently that I feel that I should just say it isn’t in the game.

Simple blood spray and a sloppy, headache-inducing glitch-filled camera replaces the things we cherished and loved about the series. Even fighting giant robot dinosaur bosses with flamethrower arms and rocket-launching kneecaps has lost its novelty due to the fact that you really can win by pressing one button over and over again.

The only palate changing “improvement” you get in the combat is some lame fiery-dragon Ninpo that you can use to clear an entire room of bad guys in one shot. I only say improvement because it helps you get through this god-awful game that much faster. The multiplayer mode would have been worth renting (or, heaven forbid, purchasing) this game if its challenges were even on par with the single player campaign.

Single button face-rolling, Ninpo firing,  and  shuriken throwing is even more effortless than in single-player. Deathmatch mode isn’t worth its mention and the character customization is so plain and limited, no matter what you do everyone still looks basically the same. The multiplayer experience is… well it’s not much of an experience. It’s just plain bad.

If the gameplay wasn’t enough to keep you away from this deadweight disaster, then it’s time to talk about the story. Ryu’s days of being the last living badass of his ninja clan defending innocents and saving the world from ancient fiends and demonic abominations is long gone.

His “Lone-Wolf” and “Quiet Guy” personas have been buried with the rest of the series, and instead we have a Ryu who apparently works for the U.N. Oh, and he also has some kind of weird blood plague thingy attached to his right arm which is made up of the souls of everything he has killed in the past which will kill him.

And if you were thinking that the more lives he takes the faster this thing will kill him, you are correct! The only thing you do is constantly kill endless amounts of brain-dead enemies and yet the disease never spreads cosmetically or in any way to shape the story. While you are waiting for the story to get interesting you put up with some of the worst cut scenes in video game history. The terribly corny lines on top of awful voice acting makes me feel like I’m watching a terrible rendition of “Kung-Pow!: Enter the Fist.”

Ninja Gaiden 3 is a disaster to the franchise, a devastating heartbreak to die-hard fans, and simply unattractive to a new audience. The great battle hardened and time tested formula that made Ninja Gaiden what it was has been abandoned for new ideas that should not have been taken seriously. My advice to you is to stay away from this game. Don’t even spend the time to look at it on the shelf.