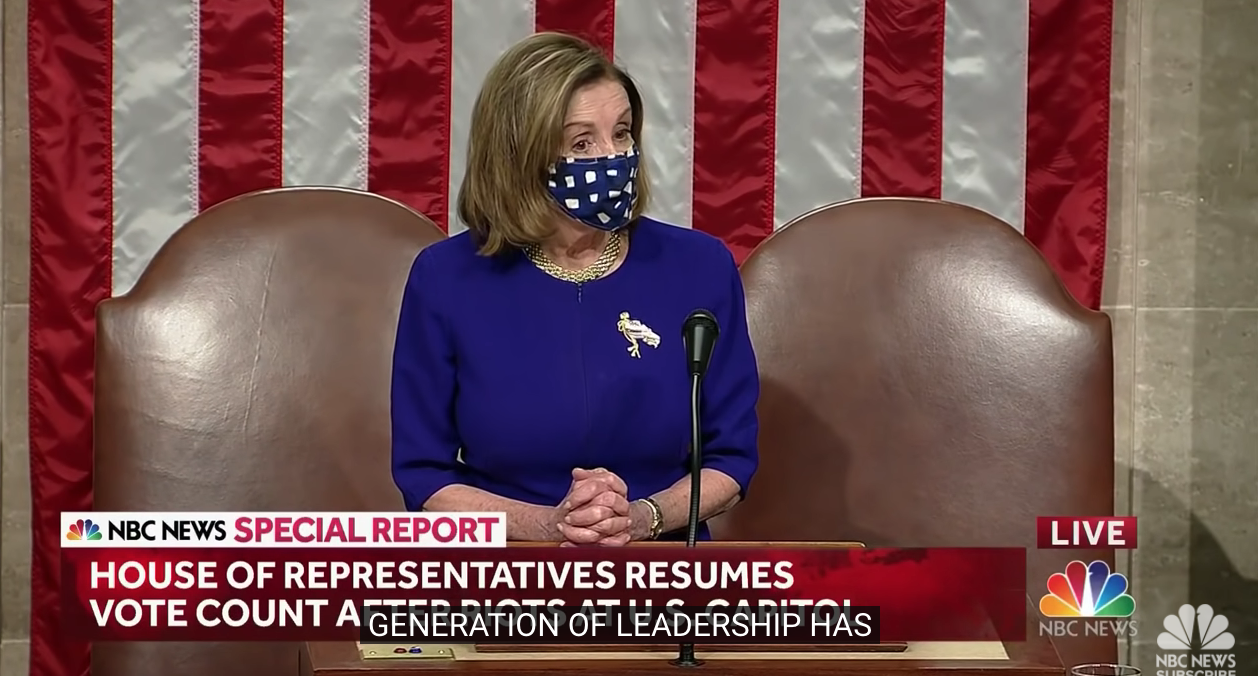 Editors’ Note: This is a transcript of House Speaker Nancy Pelosi speech when Congress reconvened after the riots delayed the official acceptance of the Electoral College votes.

It is my responsibility to validate the election of Joe Biden and Kamala Harris. For that reason, Congress has returned to the Capitol. We always knew that this responsibility would take us into the night, and we’ll stay as long as it takes. Our purpose will be accomplished.

We must and we will show to the country and indeed to the world that we will not be diverted from our duty, that we will respect that responsibility to the constitution and to the American people. On Sunday, it was my great honor to be sworn in as Speaker and to preside over a sacred ritual of renewal as we gathered under the stone of the temple of democracy to open the 117th Congress. I said that, as we were sworn in then, we accept a responsibility as daunting and demanding as any previous generation of leadership has ever faced. We know that we’re in difficult times, but little could we have imagined the assault that was made on our democracy today.

To those who strove to tear from our responsibility, you have failed. To those who engaged in the gleeful desecration of this, our temple of democracy, American democracy, justice will be done.

Today, January 6th, is the feast of the epiphany. On this day of revelation, let us pray that this instigation to violence will provide an epiphany for our country to heal. In that spirit of healing, I evoke the song of Saint Francis. I usually do. St. Francis is the patron Saint of my city of San Francisco, and song of St. Francis is our Anthem. “Lord, make me a channel of thy peace. Where there is darkness, may you bring light. Where there is hatred, let us bring love. Where there is despair, let us bring hope.”

We know that we would be part of history in a positive way today, every four years, when we demonstrate again the peaceful transfer of power from one president to the next, and despite the shameful actions of today, we still will do so.

So on this holy day of epiphany, let us pray. I’m a big believer in prayer. Let us pray that there will be peace on earth and that it will begin with us. Let us pray that God will continue to bless America with that. Let us proceed with our responsibilities to the constitution, to which we have just, within 72 hours, taken the oath to uphold. 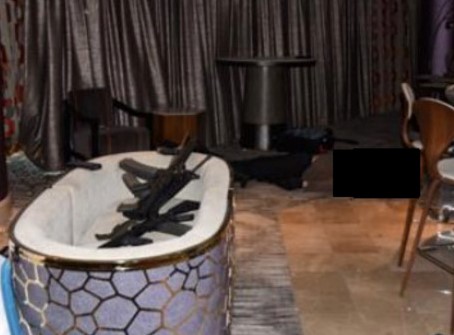