“Dear Sir or Madam, will you read my book? It took me years to write.
Will you take a look?”

“Unable to choose a fiction winner, Pulitzer Prize officials made a decision guaranteed to satisfy no one. They passed. For the first time in 35 years, no fiction award was given.”

To the Board of Judges, Pulitzer Prize Committee:

Hello, I’m writing today to request that you consider awarding my upcoming book a Pulitzer Prize. (I know you probably are not used to awarding Pulitzer Prizes pre-emptively, but I just thought we could get this whole thing settled and done without a lot of unnecessary hairsplitting.)

As I continue to plan to start putting the finishing touches on the outline for the first draft of Chapter One, I was wondering if there’s anything special I should be including in my upcoming book.

Take the title, for instance. In awarding my upcoming book a Pulitzer Prize, do you want the title to have any special wording? Are one-word titles better than those long, clever sayings? Seems like if I put “The Girl Who …” followed by something intriguing like a zombie or a vampire in the title of my upcoming book, I’d be in the ballpark, right? Or should I stick with a non-gender-biased title? When I accept the Pulitzer Prize for my upcoming book, I wouldn’t want the proceedings to get picketed by activists groups or anything. Also, should I include a main character’s name in the title, or don’t you all look at things like that? And if so, should that main character be a real historical person, or completely made up? I’m leaning toward the latter, but I’m flexible. Just let me know one way or the other.

And speaking of characters, what do you think is the optimal number for my upcoming book? Is one or two too few? Twelve or 13 too many? Should the characters roughly reflect the demographic makeup of the general population—or can they be all one gender or ethnic background? Like—I’m just spit-balling here—would 12 women vampires in a luncheon club qualify my upcoming book for a Pulitzer Prize? Or has that been done before?

As far as plot goes, I think you’ll really like how the storyline of my upcoming book —in its intricacy and existential daring—will fit the mold for winning a Pulitzer Prize. Or, if you prefer I can make it something a little simpler, like “a tale told by an idiot, full of sound and fury signifying nothing.” Or a vampire. Just let me know. I can work with you on plot.

The setting of my upcoming book isn’t carved in stone yet. It could be set in the city or the country, depending on what you want.  Most of the characters will probably speak English, so it’s probably going to be set in either Canada, Australia, or certain parts of New York City. There’s probably a big, rambling Victorian house by the sea in my upcoming book, though I haven’t figured out if it’s haunted or not—what do you think?

For symbolism, my upcoming book could have a lot of food imagery, if that’s what you’re looking for. Food as a metaphor for family, friendship, community, OK? But there’s also the potential for Mad Cow Disease or issues of obesity, food-borne pathogens, eating disorders, murder by poisoning, you name it. Any of that sound like Pulitzer Prize-winning material to you? Let’s kick it around.

Since every story has to have a rising action and a denouement, I figure I can work in at least a couple of dozen pages toward the middle and end of my upcoming book that cover those items. If you have anything special I should include, just give me a holler.

Finally, let’s talk about the themes of my upcoming book. The big ideas. The stuff Pulitzer Prizes are made of. Man’s inhumanity to man, and dogs, or people from other cultures. Or Nazi vampires. Am I getting too political here? Again, I don’t want the award ceremony to turn into some kind of photo-op for crazies. I just had a thought: what about the four Riders of the Apocalypse as thematic tropes? Or I can stick to the first three or four of the Ten Commandments, maybe. You know, the administrative ones? Your call … is that too religious? OK, I’ll tone it back, if you like. Just shoot me a text.

Now, is that all you need by way of a formal request? Or is there something—an application of some kind—I need to fill out?

Baltimore satirist D.R. Belz is an award-winning writer who has published essays, poetry and fiction for more than 30 years in a variety of publications including The Baltimore Examiner, Baltimore Sun, Evening Sun, City Paper and Arbutus Patch. He is the author of White Asparagus (Apprentice House, 2010), a collected works. Reach him at dbelz@aol.com. 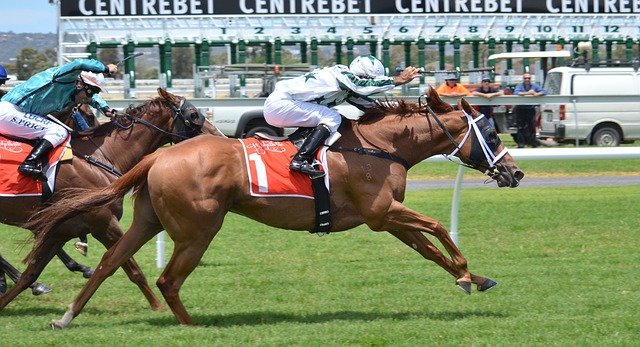 Horse Racing and Other Sports Betting Activities in the USA

3 thoughts on “My Upcoming Pulitzer”