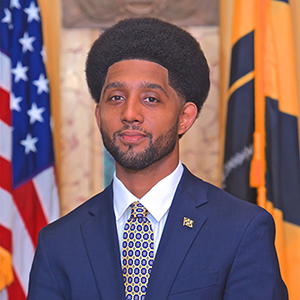 As you probably guessed from the headline of this piece, it’s about Baltimore City.

“Wait a minute,” you may be asking yourself. “Why do you care?  You weren’t born in Baltimore.  You didn’t grow up there.  You’ve never lived or even worked there.  And I’m guessing you hardly ever go there.  What?  Is Howard County so perfect or boring, you can’t find anything to write about where you live, so why not Baltimore?!”

Wow…  Okay, it’s not the first time someone’s asked me that.  A serious question deserves a serious answer.

“And the answer is?”

In the immortal words of the classic 1960’s advertising campaign, “You don’t have to be Jewish to love Levy’s.”  (Be sure to scroll down when you use the previous link.  The poster I’m showing you is from the Library of Congress.)

Likewise, you don’t, for example, have to be an African American to be angered by racism.  And you don’t have to live in Baltimore to be appalled by the huge loss of well-being and potential suffered daily by the majority of its residents due largely to an ineffectual city government – and to a lack of sufficient concern by our state government and voters throughout Maryland.

To be perfectly selfish about it, even if we didn’t care about the people of Baltimore, which we should and do, it is in our collective statewide and even national interests to improve the city’s economy and life in general for the benefit of all its residents.

So in a city known largely as a shooting gallery, but with people instead of toy ducks as targets and real guns, are the headlines about massive, emergency programs to improve education, eliminate un- and under-employment and assure public safety throughout the city?  No.  What they are about – and have been for some time now – is Mayor Scott’s ridiculous obsession with “squeegee workers.”  Squeegee workers are Baltimore residents whose circumstances are such that they accost people driving in the city for money they earn by the unsolicited washing of windshields – hurriedly, in traffic, before the light turns green.

“Sounds like the subject of a Saturday Night Live skit.”

If only that was all there was to it.  According to the plan, squeegee works will refrain from doing their thing in certain “disallowed zones” and will participate in programs intended to result in more legitimate employment.  In return, squeegee workers will receive $250 per month for one year.

What’s wrong with this picture?  Pretty much everything…

1.  For one thing, there’s no question about it, it rewards criminal behavior.  The precedent it sets is horrible.  The message it sends to the city’s kids and young adults, unacceptable.

2.  It serves only 100 squeegee workers.  Is that really all there are out there?  Now and in the near future when people begin scamming the Mayor’s plan?

“So, what does Mayor Scott think he’s doing?”

He’s doing his job.  Unfortunately, it’s not the job he was elected to do.  What he’s doing instead is protecting the downtown casino/entertainment district and other investments of certain monied interests that helped him get elected in the first place.  That’s what the downtown “disallowed zones” are all about.  Forget about the two-thirds of the city’s families that struggle every day to get by.  If that’s who you think the Mayor’s new squeegee workers program is about, you’re missing the point.

This plan is about taking care of certain people who invest in a city in which they have no real personal interest – people whose money and relationships influence elections and city government behavior.

Hello residents of Baltimore who may be struggling financially.  The screenshot below is that of a squeegee offered for sale by Amazon.com.  As you can see, it’s a really nice squeegee with both a rubber blade and, on the other side, a sponge wrapped in scrubby material.  For less than $10 plus tax – with free shipping if you’re an Amazon Prime member – you too can become a squeegee worker, make $3200 or more a month working just half-time and maybe you’ll qualify for limited assistance from your Mayor and his government.

Don’t want to be a squeegee worker?  I understand.  Well then, let me suggest that you protest, peacefully of course, for jobs, better education, public safety and social services, not in front of City Hall.  No.  In front of the casino, Top Golf maybe and other entertainment zone properties.  That’ll get the Mayor’s attention.

Or, on the other hand, you can wait two years and vote Mayor Brandon “Squeegee” Scott out of office in favor of someone who actually cares.

Vexed at the Other 98 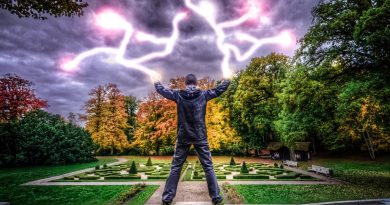 The Government Of The Antichrist