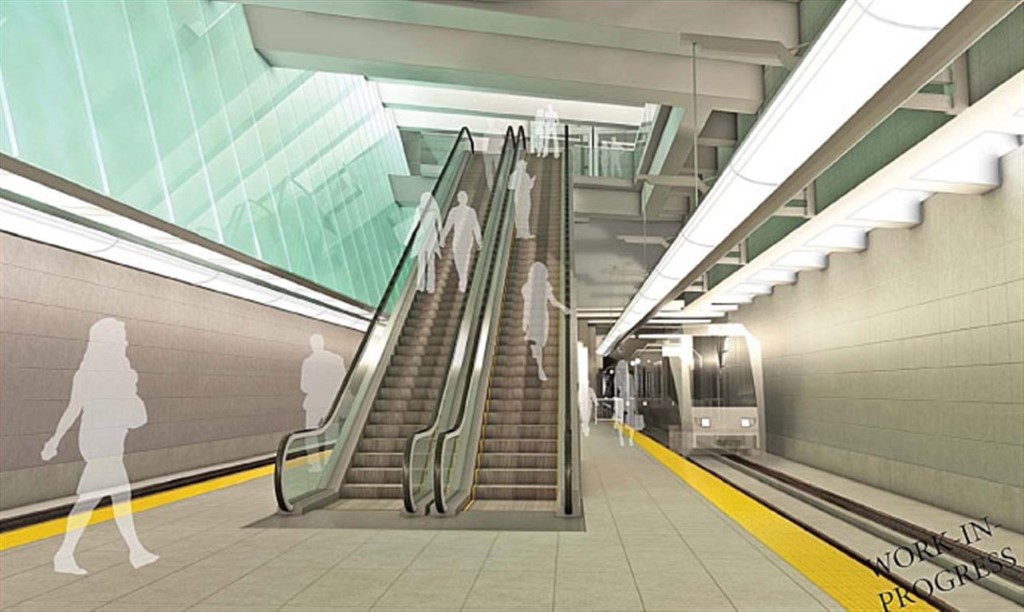 Gov. Hogan has received heavy criticism over his decision to cancel the Red Line light rail planned for Baltimore. In reaction, Democrats in the legislature passed HB1013—over Hogan’s veto—to force the governor to fund their priorities.

Some critics say Hogan should just go along with it. But that is wrong—Hogan should fight the spirit and letter of HB1013 tooth and nail.

Hogan’s cancellation of the Red Line was sound from the perspective of transportation policy, good governance and value to taxpayers. In no rational universe does the financial assessment of the proposed Red Line make sense. It is 14.1 miles long, includes a 4-mile tunnel, and it is supposed to cost “only” $2.9 billion. Recent transit projects around the country show why that cost estimate is pure fantasy.

The Central Subway line in San Francisco, for example, is a 1.7-mile extension of the Muni light rail. It has a one-mile tunnel and costs more than $1.5 billion. In Seattle, Washington, a 2-mile tunnel to replace an elevated waterfront highway will cost over $3 billion.

Against that reality, Democratic supporters of the Red Line claim—with a straight face—that the four-mile tunnel in Baltimore can be built for one quarter the cost of similar projects elsewhere.

After Hogan cancelled the Red Line Democrats in the state legislature passed—over Hogan’s veto—HB 1013, which directs the governor to use a special formula to rank transportation projects.

Flanagan went line-by-line through HB1013 and pointed out how it is stacked in favor of transit and against crumbling roads, bridges, and tunnels that most Marylanders use in their daily lives. It does so by creating a scoring system that, “… relies on neglecting highway needs in order to benefit transit. …”

Baltimore once had a vibrant privately owned trolley system. Starting in the late 1800s with horse-drawn trolleys and electrified in the early 1900s, it was convenient and helped Baltimore expand. But as the suburbs expanded, roads improved, and automobiles became more affordable, trolley lines died out.

In 1966, Baltimore developed a transit master plan that called for a renaissance of trolleys, today’s “light rail,” and a “heavy rail” Metro, similar to Washington’s. Baltimore’s Metro proved astronomically expensive, and, in the end, only one leg, running from Owings Mills to Charles Center, was built. Ever since it opened in 1983, high maintenance and operating costs make it run consistently in the red.

In the 1980s the light rail from Glen Burnie to Hunt Valley was sold to the public as cost effective because it would run on existing rail rights of way. Still, the cost to build it doubled from its advertised $360 million to more than $700 million.

The Glen Burnie to Hunt Valley light rail is an annual money loser, too. Although it is required by law to get 50% of its operating revenue from the fare box, it brings in less than 30%. Paid ridership remains far below that needed to achieve financial sustainability.

So why do 21st century politicians want to plump down billions we don’t have to build a 20th-century transit system that was envisioned by people nostalgic for a 19th -century one, despite voluminous evidence showing such systems rarely make ends meet? Money and power.

The Democrats get the bulk of their support from trade unions. Think how grateful those unions would be to the politicians who made a potentially never-ending public works program. After all, if Seattle and San Francisco can spend more than a billion dollars per mile of tunnel, imagine what can be done with a 4-mile tunnel under Baltimore.

Critics who claim that Hogan “declared war on Baltimore,” or who suggest he should just go along with HB1013 are just playing their same old partisan games in hopes of restoring monopoly power to Annapolis in 2018.

Hogan is looking out for all Marylanders—not special interests—because all Marylanders have to pay for that boondoggle. And the Democrats in Annapolis hate when somebody spoils their party at the public trough.

Michael Collins can be reached at michaelcollins.capital@gmail.com.

Life as a Masquerade

Orioles are worse than the ’88 team