No tasseled mortar boards and  no royal blue robes. No tears to the strains of a Four Freshmen song.  But for the 238 students who successfully completed Mini-Med School, the sense of accomplishment and the applause from family and friends was just as real.

Mini-Med School is a community outreach program, offered each fall, free of charge, by The University of Maryland Medical School.  The workshop is designed to give attendees a layman’s education in a broad range of important medical topics.  In session I, students learned about sleep disorders and Lyme disease.  Sessions II and III offered lectures on four more compelling topics: Lead Poisoning, Lupus, Complementary Medicine and Taking Medicines Properly and Drug Interactions.

The final presentations in the series were on Child Abuse Prevention, Childhood Obesity and  Eating Disorders.

Howard Dubowitz, professor of the Department of Pediatrics gave a serious yet sensitive talk on the oft neglected topic of Child Abuse and Prevention.

Dubowitz said the subject of child abuse is so dire that it is now a sub-specialty in the field of pediatrics.  More than 700,000 children are abused or neglected each year, with 1 in 5 girls and 1 in 10 boys being the victims of sexual abuse.  Dubowitz said these numbers may actually only be the tip of the iceberg, since the subject is still considered taboo in many places.  Sadly, the rates of child abuse are much the same around the world.

Forty counties have now outlawed corporal punishment.  Dubowitz noted that in the U.S., child abuse trends seem to be going down, but cautioned that this may be because the definition of what is considered maltreatment has somewhat changed.  Ultimately, he said, the issue is not about blaming the parent but rather about protecting the child. When asked what people should do if they think a child is being abused or neglected, Dubowitz said first and foremost be empathetic.  Nothing is worse for a child than setting an abusive parent on edge.  Dubowitz said it is equally important to report your concerns to the proper authorities.  Under Maryland law, a person cannot be sued for making such a call as long as the report is made in good faith.

Jay A. Perman, president of the University of Maryland, Baltimore and Elsie M. Stines, a pediatric nurse practitioner, shared the lectern for the discussion on childhood obesity.  Perman began by warning that childhood obesity is at epidemic levels and may someday overwhelm the ability of the medical system to take care of children and overweight adults.  In1965, for example, Perman said the percentage of overweight children was about 4%.  By 2005, that number had climbed to almost 20 percent with no end in sight.

Perman said that among children today, obesity is causing a broad range of health problems that previously weren’t seen until adulthood.  These include high blood pressure, Type 2 diabetes and elevated blood cholesterol levels.  Not surprisingly, excess weight at younger ages has been linked to higher numbers and earlier deaths in adulthood.  The Office of the U.S. Surgeon General reported overweight adolescents have a 70 percent chance of becoming overweight or obese adults.

While many like to blame our fast food culture as being the cause for this epidemic, there are a number of contributing factors, including genetics, behavior (diet/exercise) and environment.   One intriguing theory is that bacteria in the colon may be a component.  Stines also mentioned a recent study which seems to link bisphenol A (BPA) with obesity.  Other areas Stines touched on during the question and answer period were the use of artificial sweeteners, high fructose syrup and genetically modified food.

Echoing other lectures in the series, Perman and Stines maintain that the best ways to deal with childhood obesity are education and prevention.  Perman added that making healthy food available in urban areas was crucial in curbing the epidemic among the poor.

Complementing the talk of the problem of childhood obesity was the final lecture on eating disorders, delivered by Samra Blanchard, associate professor of the department of pediatrics.  Of the  eight million Americans who have eating disorders, seven million of them are women.  A number of psychological and interpersonal factors  can contribute to eating disorders, including low self esteem, feelings of inadequacy, depression, troubled relationships and anger.

Blanchard began by talking, not about the medical but rather the social aspects of eating disorders.  Blanchard noted that:

A number of out-patient treatments exist for people with eating disorders, but those who do not respond must be admitted to a hospital.  How dangerous an eating disorder can be was perhaps best illustrated by the story of a 14-year-old boy who ran five miles a day – even though he was underweight.  Even after being admitted to the hospital, the youth continued to run in place.

Mini-Med School is presented in cooperation with the National Institutes of Health and the Association of American Medical Colleges.  It is free and open to the public.  Though this year’s classes are done, information about the program may be found here.

Caelie M. Haines, public relations manager for the school of medicine, told the Baltimore Post-Examiner that 354 students registered for this year’s sessions, though the average attendance each week was actually about 230.   Those who attended four of the five classes received a graduation certificate and a bright tee-shirt which identifies them as graduates of 2012 Mini-Med School.  Haines noted that the participants were predominantly older and that while 72 people who had never attended Mini-Med School were enrolled in this year’s class, many of the group were in fact returning students.

The Mini-Med School program is only offered once a year; however, the university also does a Mini-Med School for Kids session in the summer at the Franklin Square Boys & Girls Club.  And the office of Dr. Baquet (the associate dean for policy and planning) sometimes offers a Bioethics Mini-Med in the Spring, where they discuss things like the ethics of clinical trials. Dr Baquet’s office also oversees Mini-Med School classes on the  Eastern Shore.

Readers are encouraged to get in touch with Dr. Baquet here if they have any further questions.

This Tuesday, Nov. 13th, from 6:00 – 8:30 p.m. the school of medicine will be hosting an open forum which will look into the subject of attitudes toward research participation.  The purpose of this study is to learn about barriers and attitudes which may be related to research participation.  More information about this open forum may be obtained by calling 410-706-1742 and asking for Maurice Walker.  A free box dinner and a parking voucher will be provided. 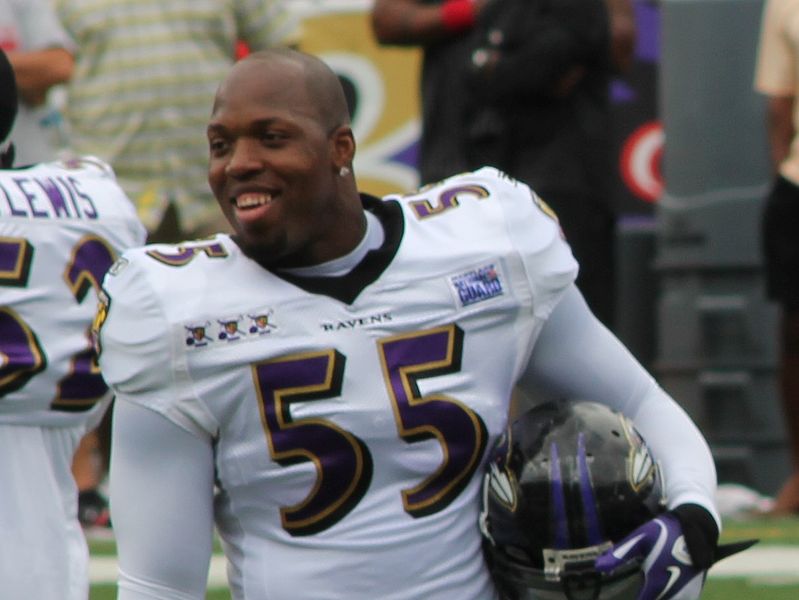 Ravens: Loss of Suggs could be minimal, history says