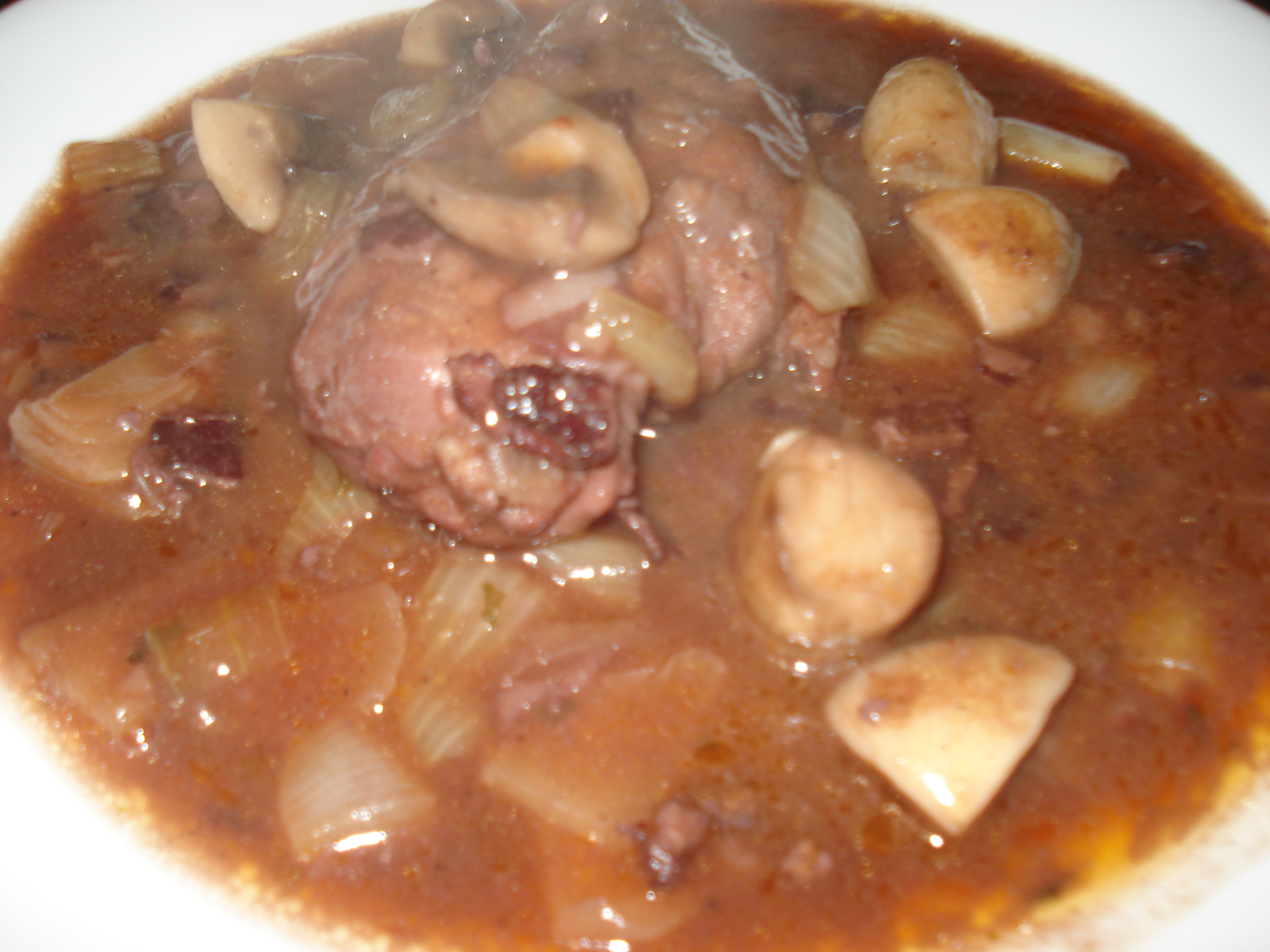 Herbaceous, savory, and totally worth the wait of making it.

Few things are more heartfelt than home cooking.  It’s the work into which you put a piece of yourself (quite literally if you’re not careful in your cutting skills) and present to someone you care about (or at least want to impress.)  Some would classify cooking for someone an

act of service, depending on your skill, someone would say it’s a gift, as Gary Chapman would call it, but I say food is a love language unto itself.  If you know someone has gone out of their way to prepare a special meal for you, then you can’t help but feel loved by that person.  If your special someone’s love language is acts of service or quality time, turn making this dinner into a date night, and you may end up with a few words of affirmation – with a little luck, some physical touch.

Chapman teachings aside, making food together is a great team-building exercise, and a lot of fun.  My husband and I made coq au vin together for a date night some time ago, and I knew I had to save this dish for now. (Romance isn’t meant for just one day a year, after all.)  There’s a few reasons to make this for a date night.  For one, it’s French, so that immediately sets a mood.  For two, you’re cooking with two kinds of alcohol, one of which you’re going to be setting on fire – exciting, ain’t it?  For three, we’re also cooking with copious amounts of butter, and when you taste it, you’ll have no regrets whatsoever.  Cooking vegetables in butter until they have a velvety texture adds just the right touch of decadence needed for a romantic dinner in.

Going out for Valentine’s Day is a bit overrated anyway.  If you’re going to go out, do it on the fifteenth.    Many of the fancier restaurants, aside from being booked solid early, have a limited and often much pricier menu for one of their busiest days of the year.  Unless you’re going to White Castle, and if so, you have to make sure you’re with the extra special kind of special someone who won’t dump you after doing so. No joke, they really do take reservations for Valentine’s Day.

This is Julia Child’s recipe, but to cook for two, I halved the recipe.  In this case, I couldn’t justify buying a bottle of cognac for only a couple teaspoons of it, so I used applejack brandy I had on hand. In lieu of using a chunk of bacon, I used a few strips of thick cut, and skipped the first step of the original recipe since strips of bacon doesn’t have a rind.

In a heavy large heavy bottomed casserole or Dutch oven, saute the bacon slowly in hot butter until it is very lightly browned. Remove to a side dish.

Uncover, and pour in the cognac. Averting your face, ignite the cognac with a lighted match. Shake the casserole back and forth for several seconds until the flames subside.

Pour the wine into the casserole. Add just enough stock or bouillon to cover the chicken. Stir in the tomato paste, garlic and herbs. Bring to a simmer. Cover and simmer slowly for 20 to 25 minutes, or until the chicken is tender and its juices run a clear yellow when the meat is pricked with a fork.

Remove the chicken to a side dish.  While the chicken is cooking, prepare the onions and mushrooms. (See below)

Simmer the chicken cooking liquid in the casserole for 1 to 2 minutes, skimming off fat. Then raise the heat and boil rapidly, reducing the liquid to about 2 1/4 cups. Correct seasoning. Remove from heat, and discard bay leaf.

Blend the butter and flour together into a smooth paste (beurre manie). Beat the paste into the hot liquid with a wire whisk. Bring to a simmer, stirring and simmer for 1 to 2 minutes. The sauce should be thick enough to coat a spoon lightly. Arrange the chicken in a casserole, place the mushrooms and onions around it and baste with the sauce. If the dish is not to be served immediately, film the top of the sauce with stock or dot with small pieces of butter. Set aside uncovered for no longer than 1 hour or cool, cover and refrigerate until needed.

Shortly before serving, bring the casserole to a simmer, basting the chicken with the sauce. Cover and simmer slowly for 4 to 5 minutes, until the chicken is heated through.  Serve from the casserole, or arrange on a hot platter. Decorate with sprigs of parsley.

When the butter and oil are bubbling in the skillet, add the onions and saute over moderate heat for 10 minutes, rolling the onions about so they will brown as evenly as possible. Be careful not to break their skins.  Pour in the stock, season to taste, and add the herb bouquet. Cover and simmer slowly for 15 to 20 minutes until the onions are perfectly tender but retain their shape, and the liquid has evaporated. Remove herb bouquet. Serve them as they are.

Toss the shallots or green onions, if using, with the mushrooms. Saute over moderate heat for 2 minutes. Sauteed mushrooms may be cooked in advance, set aside, then reheated when needed. Season to taste just before serving.

I know this looks like a lot of pans on the stove, and it is.  It’s a lot to pay attention to.  But this meal tastes divine.  Even better with some roasted potatoes (they’re easy to pop in the oven and forget about them until serving.)  Serve with a warmed baguette, to soak up all that luscious gravy.  Making this meal is an act of love.  If your date sees that, they’re a keeper!

Tip of the week: Don’t cook with a wine you wouldn’t drink.  Skip the cooking wine and buy a bottle of cheap stuff.

Returning to Juniper in Georgetown 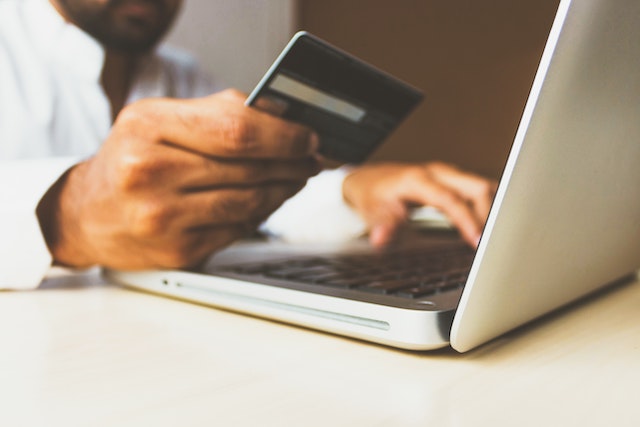