Jimmy Carter was president, “The Deer Hunter” dominated the Academy Awards, the Knacks’ “My Sharona” and Rod Stewart’s “Do ya think I’m sexy?” ruled the air waves and some station called ESPN began broadcasting sports to the masses.

The year was 1979 and it’s a year more relevant more today than in the past 33 years because it marked the last time two Maryland lacrosse teams played in the Division I title game. Johns Hopkins defeated Maryland, 15-9, in College Park that year and more than three decades later, is still looking for its next title after winning it all in 1973 and 1975.

Loyola has never won a national championship in the sport, but that could change at 1 p.m. Monday afternoon on ESPN when the top-ranked Greyhounds (17-1) meet the unseeded Terrapins (12-5) at Gillette Stadium in Foxborough in a title game that has no business being played in Massachusetts.

It should be played at M&T Bank Stadium, where fans don’t dress up as empty seats, which there were plenty of while the Free State flexes its muscle all afternoon in Loyola’s 7-5 win over Notre Dame and Maryland’s 16-10 demolition of Duke (15-5).

It’s fitting Loyola’s top player, Eric Lusby of Severna Park, wears No. 12 since he owned Gillette Stadium on Saturday like another famous No. 12 – Tom Brady – rules it on Sundays. Lusby scored five goals – on his first five shots against Notre Dame’s All-American goalie John Kemp – as Lusby was so accurate he probably would have made the field goal Billy Cundiff missed to send the AFC Championship game into overtime in January.

Loyola held the Fighting Irish (13-3) scoreless for two 20-plus minute stretches. Goalie Jack Runkel made 15 saves and by the time Lusby scored his fifth goal, the Greyhounds were ahead, 7-3, with 11 minutes 40 seconds remaining.

Lusby has a whopping 17 goals in three postseason games for the Greyhounds, who are in the title game for the first time since a 21-9 loss to Syracuse in 1990.

“I’m playing confident right now,” Lusby told reporters after the game. “The past few games I’ve had a pretty good shooting percentage. I see net and I shoot for net. I don’t try to pick corners. When you try to aim in an exact spot that’s when you start messing with your head. So, I try to shoot for net and when I see an opening, I’ve been putting the ball where I want to.”

Maryland is also putting the ball where it wants, too, as the Terrapins are back in the title game a year after falling to Virginia. The Terrapins, who had earned the reputation for failing to hold onto fourth-quarter leads, kept their poise against rival Duke.

After the Blue Devils trimmed the Terps’ lead to 10-8 with 13:34 left, Maryland scored the next six goals to put the game away.

“I just think we were finding each other in good spots on the field,” said Snider, who has scored 10 goals in three NCAA tournament games. “We all felt really comfortable with our offensive game plan. I thought we were very organized.”

Maryland never trailed en route to knocking off the Blue Devils in the national semifinals for the second straight year. The Terrapins made the most of their possessions, scoring 16 times on 29 shots (55 percent), as coach John Tillman has no problem with his players letting it fly.

“If you feel like you have an opportunity, go,” Tillman told reporters after the game. “We can’t win if guys are worried about me yanking them or yelling at them. So I think players need to play, and we give them good guidance all week.”

Maryland has lost its past six national title games, including to Virginia, 9-7, last year. But the Terps are focused on returning to College Park as champions for the first time in 37 years.

“I’d be lying if I said it didn’t cross our mind,” said junior midfielder Jesse Bernhardt told reporters “It’s always the goal at the beginning of the year. It’s a dream come true. We were here last year and it didn’t end the way we would have liked.” 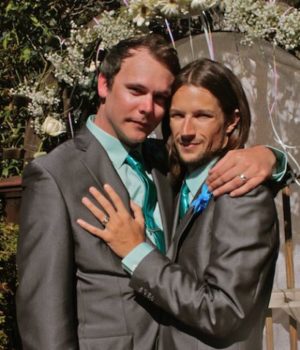