It started as an ordinary day in May in Lowell, Massachusetts. John was making breakfast at home for his children, in the same kitchen he himself grew up in. It should have been the usual morning bustle of getting ready for school — kids running up and down the stairs, scooting to brush their hair, remembering to brush their teeth, with the shouts to hurry up and come down to eat.

The counters were likely strewn with the detritus of everyday life — mail, backpacks, plates and coffee cups — all the stuff that would get cleaned up later, or more likely given the rush of family life, someday. Suddenly, he fell. He would never really wake again, dying from complications from a massive stroke just a few days later.  Someday would not come.

Like when a rock gets tossed in the ocean, the deepest and most powerful effects were at the center. His family was devastated and unprepared for their loss. The ripple effect of his death reverberated widely through Lowell, creating waves, first of sorrow, then of love and support.

Lowell is like much of America, a place full of everyday people. Its heyday, during the Industrial Revolution when mills on the river created wealth, is long gone; it has had resurgence, but still is not a place where the one percent live. It is the kind of place that many people do not leave the second they grow up, where kids buy their parents houses, where boys still marry their high school sweethearts, where immigrants come to get a new start and where, when you meet someone new, you can, through the game of six degrees of separation, usually find a common connection. It is a place where people still try to help each other. It is an urban city with the feel of a small town.

John lived his nearly 50 years there. When the initial shock of his death began to ease, John’s friends and family looked for a way to help his wife and children. They planned a fundraising benefit and the word went out for donations, for help, for attendees, for a location. It was like once again a rock was dropped in the ocean, only this time the ripple turned inward, bringing back generosity.

A venue was donated, as were trips, sporting event tickets, vacation packages, gourmet dinners, golf outings, electronics; people sold reams of tickets to other people that didn’t even know John but wanted to help.

The high school lacrosse team came, as did hockey players, kids reaching in to their own pockets to spend their own money on tickets and on raffles. Couples came because John’s uncles were priests, and those priests had been kind to them 30 years ago when they first came to America.

Relatives of John’s childhood friends came, because they knew that their cousins felt John’s death so deeply. People came, almost all of them connected at least tangentially to this man and this town and a substantial amount was raised to support this family as they try to regroup from their sorrow and begin life without him.

The event itself proved the innate goodness and generosity of Lowell — an average town, not a wealthy one like Beverly Hills or Manhattan’s upper east side — and showed that ordinary people, when given the opportunity, still support each other, often beyond their means.

The night also provided a reflection of John, who himself was generous, kind and simple. His motto, ”carpe diem,” or “seize the day,” described what everyone was trying to do that night; attendees received a bracelet with those words.

At the event, John’s wife spoke briefly to thank all the people  that supported the event: “The sadness I feel from the loss of John cannot be measured as I don’t think infinity is enough. But the love and support that we have received, and the thanks I have, can also not be measured because infinity is not enough.”

It was a night of ordinary people doing extraordinary things.

Ultimately, the event surpassed everyone’s expectations for success, although no one was really surprised at the outpouring of support. In many ways, this was an ordinary day in Lowell. Carpe Diem. 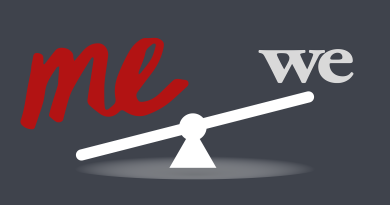 The Shift From God To Self 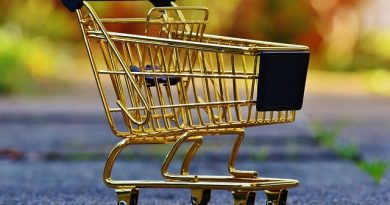 Who Stole all the Grocery Shopping Carts?