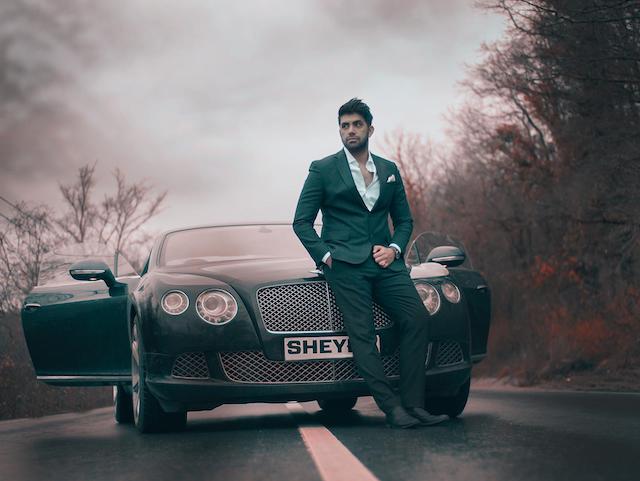 “Seek opportunity, not security. A boat in harbour is safe, but in time its bottom will rot out.” – H. Jackson Brown Jr.

In the world of great competition and speed, people tend to lose their way. A safe lifestyle with a monotonous routine is what preferable by everyone. But that’s not the way successful people work. To become successful and set an example, one must seek opportunity and not security. Mehdi Mobarakeh is one such example, who decided to move on a different path and bring success.

He is an Iranian businessman with an abundant drive to become successful and thriving. Born on 9th September 1988, Mehdi completed his education from Iran in the field of civil construction. In his school time, he was quite fascinated with cartography and did learned and took the experience in it.

After taking an initial experience in the construction field, Mehdi decided to switch his career paths on a more potential business vertical. He relocated to Turkey and started looking for opportunities in real estate and import-export businesses. He tapped the opportunities available in the field and certainly gained a lot of success.

But that was not the end, Mehdi was highly interested in lifestyle and fashion, which made him quite popular in the social media world. His collection of exemplary outfits, styles, and cars attracted a lot of people. Not just that but his Instagram used to stay updated with posts from different parts of the world. He keeps on traveling places in order to facilitate his business requirements and this made him more charming and engaging.

Initially, he started his Instagramming as a lifestyle influencer, but with such a great response, he decided to motivate and inspire people. His experimental ideology influenced a lot of people and motivated them to grasp unconventional opportunities. He seems to believe that the way to heights is never easy and risk-free. Only those with the will and courage have a chance to leave security and start with the journey of success.

Mehdi’s Instagram profile reflects his optimistic as well as motivational views towards life and success. He is said to be a responsible influencer as his posts show best practices to motivate and thrive people.

Along with motivational posts and captions, Mehdi also promotes higher living standards as people can see glimpses of his high-class living. His journey is already quite inspiring and the way he presents the life and its significance through his posts is quite enchanting.

A considerable number of 1 million followers show the impact Mehdi is making on their life. His followers are found to ask for recommendations and solutions related to their issues and also share an abundance of wishes and appreciations. He is totally appreciable for his efforts in a world full of cut-throat competition.

In this mortal world, the silliest thing is living a secure and monotonous life. As one doesn’t know, when it’s going to end, you can’t miss on even a single second of your life and miss even the tiniest opportunity. Mehdi and people like him are not just inspiring but also worthy of their efforts and risk-taking nature.

What are the best whiskey glasses?