LAS VEGAS: The Las Vegas Metropolitan Police Department has been the subject of a Federal Bureau of Investigation public corruption investigation going back to 2014.

The investigation allegedly centers around the LVMPD’s pimp enforcement team and some of the detectives who were assigned to that unit.

Clark County District Court records filed on June 19, 2017, show that attorneys for convicted pimp, Ocean Fleming, opposed an LVMPD motion to quash eight subpoenas for LVMPD’s Internal Affairs Bureau (IAB) and Criminal Intelligence files of the officers involved in the prosecution of Fleming and who are the subject of an FBI investigation as well as an LVMPD investigation.

Fleming is seeking a new trial based on allegations of police corruption.

Excerpts of the filing are as follows:

Detective [Al] Beas and [Chris] Baughman were both having sex with Jessica Gruda, the primary witness against Defendant Fleming. Detective Baughman, the lead detective in the prosecution of Ocean Fleming, is also believed to have been having a romantic/sexual relationship with the lead prosecutor, Liz Mercer (and Baughman’s current wife) during the prosecution and trial of Ocean Fleming in 2012. Detective Baughman is also believed to have been involved in a romantic/sexual relationship with Lt. [Karen] Hughes, his supervisor. Detective [Warren] Gray was involved in the prosecution of Defendant Ocean Fleming and also believed to have been the subject of the investigation. Text messages exist between Baughman and a witness prostitute in another case that appear to support claim that detective Baughman was coaching the witness testimony.

Defendant Fleming served on LVMPD eight subpoenas for the four officers, seeking documents within the investigative files of IAB and Criminal Intelligence regarding complaints against these officers from the date that Lt. Hughes created the special pandering unit, assigned Baughman and Beas to it with Intelligence Detective Gray assistance. On April 13, 2017 Sheriff Lombardo admitted that the FBI is investigating public corruption involving LVMPD’s Vice unit. Sheriff Lombardo further admitted that LVMPD has made sweeping changes to its Vice command and oversight of Vice detectives as a consequence of the conduct of the subject officers. The same team of LVMPD officers and the same DA (Liz Mercer who is now married to detective Baughman) that prosecuted Mr. Fleming also prosecuted other defendants on eerily identical factual allegations and charges. The primary witness who testified against Mr. Fleming, Jessica Gruda, was having sexual relations with both Detectives Beas and Baughman during the prosecution of Mr. Fleming according to her roommate and as set forth in the attached affidavit.

This case involves salacious and unsavory allegations of public corruption against LVMPD police officers that LVMPD seeks by its Motions to Quash to continue to conceal, arguing that the files are privileged, not relevant. Most importantly, LVMPD appears to be unaware that the DA’s office previously submitted to the court three documents from LVMPD’s IAB file investigating these officers. The fact that the documents show an unsavory side that LVMPD would prefer not be exposed is not the basis for asserting a privilege. Not only has the LVMPD and the FBI investigated the improper conduct of these officers, but LVMPD admitted in April 2017 that it had already made “sweeping changes” to the command and oversight of the Vice unit as a result of the conduct of the officers. Furthermore, there may still be federal indictments against one or more of these officers.

How did it start

The story first broke in Las Vegas by the 8 News Now I-Team back in November 2016.  George Knapp of the I-Team reported FBI agents were looking into the possible connections between a suspected prostitution kingpin and a high-profile detective who was once assigned to investigate the sex trade.

During his tenure with Metro’s Vice unit Baughman received notoriety and became one of the best-known Vegas cops. He was selected in 2008 for a team that targeted pimps. His team went after the biggest and baddest pimps in Nevada. He was featured on network television shows and wrote two books about his role in rescuing prostitutes from violent pimps. He was the star witness in the prosecution of Ocean Fleming, a one-time bodyguard to Jamal Rashid. Fleming was sent to prison after he savagely attacked one of his prostitutes, and is serving a 15 year to life sentence.

Chris Baughman left the LVMPD in 2013 to star in a cable TV series, “Slave Hunters.” When the show was canceled, he tried to get back on Metro, but he wasn’t rehired.

When the FBI’s public integrity squad that investigates public corruption raided Rashid’s home in 2014, the LVMPD were not invited to go along.

Police sources Knapp said, stated Baughman admitted to having romantic relationships with women who had worked as prostitutes, including some of the victims who had come to him for protection from pimps.

On April 13, 2017 Knapp reported that Clark County Sheriff, Joe Lombardo confirmed that the LVMPD was cooperating with a federal investigation into one or more vice detectives. This is the first on-the-record-confirmation by law enforcement, Knapp said.

In 2016, Baughman married Clark County, Nevada Deputy District Attorney, Liz Mercer, the same prosecutor who put away at least three of the pimps that Baughman investigated.

On June 22, 2017 Clark County District Court Judge, Michael Villani ordered Metro police to turn over its internal files relating to four detectives who were once part of the department’s pimp investigating team. Villani said that he was primarily interested in seeing any evidence that Baughman or anyone else coached or scripted testimony by the witnesses against Ocean Fleming. The attorney hired by the LVMPD opposed turning over the files, however Villani stated he wanted to see the material in 30 days.

Attorneys for Fleming want the internal LVMPD files of Chris Baughman and Karen Hughes, both of whom no longer work for Metro and the files on Detective Warren Gray and Detective Al Beas, who returned to Metro after a multi-week suspension, but no longer are assigned to vice.

Janiece Marshall, a former judge and attorney for Fleming stated that, “these officers were sleeping with witnesses before and during the trial.” Marshall told the court that Baughman bragged to colleagues during the Fleming trial that he was also sexually involved with the prosecutor of the case, Deputy DA Liz Mercer, and that he expressed a sexual attraction for his boss, Vice Lt. Karen Hughes. According to Marshall, after other officers complained about a perceived relationship between Hughes and Baughman, the Lt. called a meeting and ordered the gossip to stop. But after Fleming was convicted, Marshall says, Hughes and Baughman traveled together to New York to talk to a movie producer about possible film projects based on their cases. While working for vice, Baughman wrote two books about his cases and was working on a third. “There was a financial motive by Detective Baughman and others in the vice unit to develop big cases in order to market the books and promote a movie,” she said.

Knapp reported that Metro Police, which previously said it was cooperating with the FBI’s investigation, is going to court to prevent the officers from answering questions under oath. Although the judge authorized Defense Attorney Janiece Marshall the chance to depose several of the key targets, including Baughman and Beas, the LVMPD is fighting hard to keep that from happening.

Why would the department oppose getting to the bottom of a burgeoning scandal? Especially, if the officers did not twist witness testimony, and why would it spend public dollars to prevent the questioning of persons who no longer work for the LVMPD, including Baughman and his lieutenant Karen Hughes.

Great question by Knapp.  So, Lombardo answer the question and tell the public what the hell is going on here. Is not getting to the truth matter anymore in Clark County, Nevada?

Pimps and human traffickers are the scum of the earth. They live off the proceeds of the women they exploit. As bad as they are, and they are pretty bad, that does not excuse any law enforcement officer to violate the oath they swore to, if that indeed is what happened in this case.

The I-Team is asked to leave the court

Knapp reported on Oct. 20 that the I-Team was present for part of the hearing, then was ordered to leave. Attorneys for Fleming used subpoenas to get Deputy District Attorney Liz Mercer and former vice cop Chris Baughman, both married now, to be deposed under oath in court, for Fleming’s bid for a new trial.

Knapp said almost immediately, special prosecutor Adam Gill asked the judge to kick the I-Team out of the courtroom.

“Their camera, I believe, is running now and I think it is incredibly inappropriate,” Gill said. “I’d ask that it be shut down now judge.”

Judge Michael Villani agreed the court should be cleared of all parties not directly involved in the case.

Knapp said Fleming’s attorney, Michael Cristilli asked why a lawyer for the Metro police should be allowed to stick around. “They don’t represent either one of those individuals, they really have no standing in this case,” Cristilli said.

The attorney for the Metro police gave a startling response about what she expected former cop Chris Baughman, to say under oath.

“The allegations being made for post-conviction relief are against officers and this testimony is going to implicate officers,” said Jackie Nichols, attorney for the LVMPD.

Baughman was deposed, and his wife was not. She fought it. It is not known what Baughman said under oath.

None of the four police officers mentioned in this story have been charged with any crime.

Regardless of what happens with the local case, there could still be federal indictments based on the FBI’s corruption probe that reportedly has been ongoing since 2014.

I wonder what else might fall out of the tree. Federal police corruption probes sometimes snowball into other areas, other than the focus of the initial investigation. 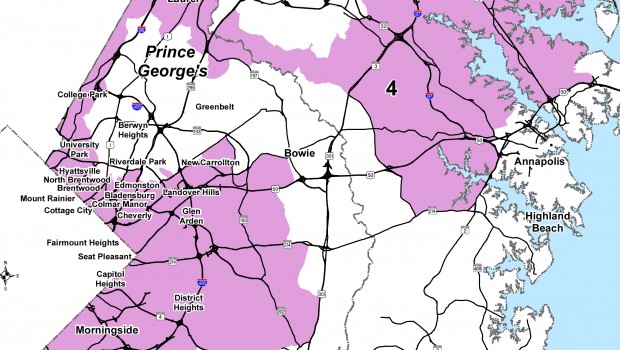 Who will replace Rep. Donna Edwards?

Second Amendment needs to be re-defined for the modern times