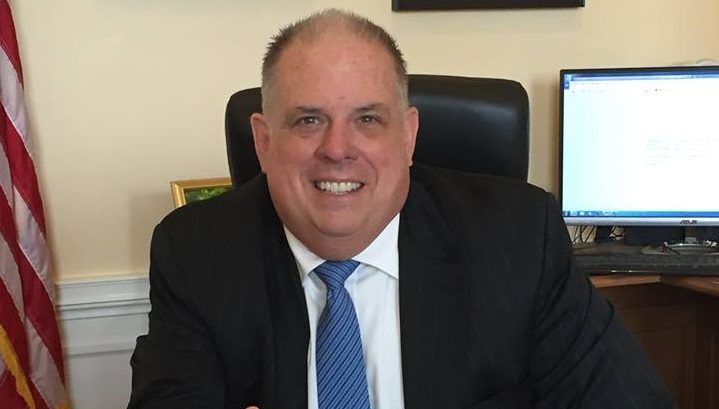 For months now, Maryland Democrats have been trying to find a way to attack Gov. Hogan in an effort to bring down his record high approval ratings. The state’s failing Democratic machine is desperate as they understand that Hogan’s reelection in 2018 would be mortal blow to their monopoly on power. Their attacks on his education policy, transportation policy and even environmental policy have fallen flat.

Another line of attack has been to force Gov. Hogan to endorse presumptive GOP Presidential candidate Donald J. Trump.  Even by acknowledging that Donald J. Trump is the presumptive nominee of the governor’s party, Maryland Democrats would tie every statement and policy proposal made by Mr. Trump to Governor Hogan.

Similar tactics are already being employed around the country to defeat Republican candidates who have done nothing more than say they would support the nominee of their party for President. Governor Hogan has thwarted these efforts by repeatedly and unflinchingly saying that he does not support Mr. Trump and that he has no interest in the Presidential race.

While the original plan of Maryland’s Democratic machine would seem to have failed, thanks to their willing accomplices in the media, among others, it seems this repeated line of attack has yielded two unintended results.

First, the constant reporting of Hogan’s disassociation of Trump has allowed state Democrats to avoid addressing the inconvenient facts of the successes of the Hogan administration.

If you know all about Gov. Hogan’s position on Donald J. Trump but don’t know all of these facts then you are a victim of the grossest journalistic cover-up.  The obsessive focus on Gov. Hogan’s response to everything Trump is nothing but a propagandistic distraction from what is really going on in Maryland that would have made Goebbels proud.

But worse than distracting a voting public that should be proud of the accomplishments of the Hogan administration, the forced disavowal of Trump by Hogan has given the state’s Democratic machine the added bonus of portraying a split in Hogan’s Republican base.

It is nonsense laid bare by the Sun’s necessity of calling this purported split a “loud minority.” It is as though some of those quoted have no memory that Larry Hogan was battling the state’s Democratic machine when Donald Trump was still among Hillary Clinton’s largest and most reliable donors.

Most Marylanders know the truth

Despite the false narrative and cheap journalism of Maryland’s dominant media, most Marylanders know the positive change Gov. Hogan has created and believe the state is heading on the right track.  The vast majority of Maryland Republicans know this too, despite the foolish enabling of minor Republican officials who like seeing their name in the paper.

Maryland Republicans who have taken the time to look at the facts know that Gov. Hogan has done more to advance Maryland Republican values and a common sense conservative agenda than anyone else ever has or could.

While the cheap journalism of the Trump distraction in state politics is not likely to end anytime soon, it is destined to fail just like the other fraudulent attacks on Gov. Hogan’s leadership and accomplishments in office.

Greg Kline is a founder and senior editor of RedMaryland.com as well as the general manager of the Red Maryland Network.  Greg is also an attorney practicing in Severna Park.  He can be reached at Gregory.Kline@gklinelaw.com or 410-541-6384.