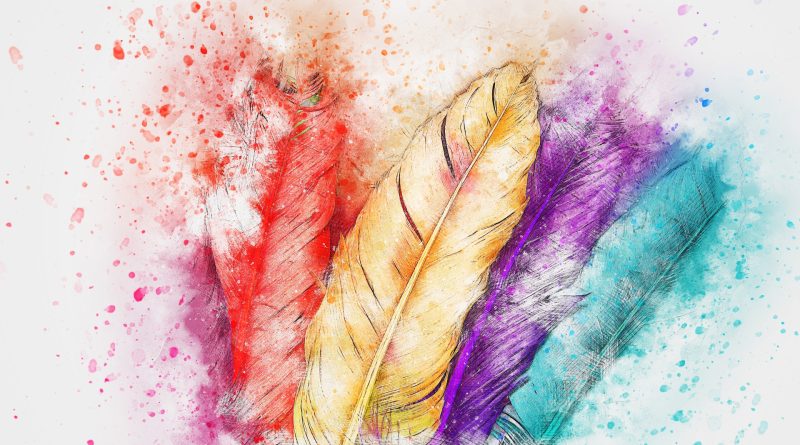 Regardless of the outcome of the trial, can Johnny Depp ever truly regain his reputation? (Image by JL G from Pixabay)

When I was a little girl, my father (of Blessed Memory) used to tell me a story about a man named Moshe. Moshe lived in a far away small village, and Moshe loved to gossip. One day, Moshe thought he had found out something damaging about another man we’ll call Sol. Moshe told everyone that Sol had cheated another man in business, and as the rumor spread, Sol was practically ruined. And then Moshe discovered he had been wrong about Sol, but Sol would not forgive him. So, Moshe went to the village rabbi and asked him how he could earn Sol’s forgiveness.

“Well,” said the rabbi (I can still hear my dad assuming a lil ol’ man timbre to his voice), “you must climb the nearest mountain. Take a feather pillow with you, cut it open, and release all the feathers. Then, return to me.”

Moshe did as he was told. He climbed a nearby mountain, cut open a feather pillow, and watched as the feathers flew into the wind and scattered everywhere. He returned to the rabbi and asked, “Am I now forgiven for spreading lies?”

“Not quite,” said the rabbi. “First, you must go and retrieve every single feather that you released.”

“That is impossible. They flew everywhere! How can I possibly retrieve them?”

“Exactly,” said the rabbi. “Just as you cannot easily retrieve the feathers, you cannot so easily retract damaging words that have been spoken. The best way to be forgiven is to not tell lies in the first place”.

This story has been on my mind recently, because of the Depp vs. Heard defamation trial that has been transpiring for the last several weeks. I have been following much of the trial and have found it fascinating. Perhaps my interest is not just attributable to the guilty pleasure of eavesdropping on the lives of the rich and mighty, but more due to the fact that I work in the legal field and am interested in the realities of the law in motion.

The trial has been quite a smorgasbord of cruelty, betrayal, half-truths, lies, and secretly recording people you allegedly once loved. Catch phrases, such as “Objection Hearsay” and “My dog stepped on a bee”, have become TikTok entertainment. And alpacas have been seen outside the courthouse and in one attorney’s coat pocket.

There seems to be a groundswell of support for Johnny Depp and an equally strong dislike of Amber Heard. Many believe that Johnny has already won his case in the court of public opinion, and this may well be true. As I write this, the jury has only begun its deliberations, so we don’t yet know their verdict.

But, as in the feather story above, even if Ms. Heard’s allegations were untrue from the very beginning – can Johnny Depp ever truly regain his reputation? Won’t there always be some people who will think of him as an abuser? Studio executives who will ask him, “Hey, Johnny, do you still beat your wife?”

Going into this trial, I did not really know much about Johnny Depp, and I had never heard of Amber. I am not a fan or either. I did see the first Pirates of the Caribbean movie. As a friend said at the time, “It’s hard to get excited about a movie that is based on an amusement park ride.” I’m also not a fan of Tim Burton movies, drinking and doing drugs, or Hunter S. Thompson.

I did not know a whole lot about domestic partner abuse, either. But surfing the web, I discovered that in Great Britain, “The Office for National Statistics figures show every year that one in three victims of domestic abuse are male equating to 757,000 men.” 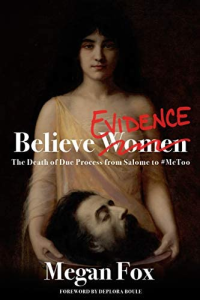 According to an NPR story from 2017, there were exactly two domestic abuse shelters at that time (in Arkansas and Texas) for men. A quick chat this morning with a counselor at the National Domestic Violence Hotline revealed that — five years later — there is still no shelter directory specifically geared for guiding abused men. What you do find, when you undertake a tedious journey around the web, is that in many jurisdictions, men are either given limited motel vouchers or are pretty much on their own.

Win or lose, Johnny Depp has accomplished something far more important than any verdict. He has turned the spotlight toward men who are victims of partner abuse, and the vociferous #MeToo movement has suddenly gone silent. The mantra of “Believe All Women” is being seen for the farce that it truly is.

As Megan Fox points out in her aptly titled book, Believe Evidence, true justice requires looking at facts over emotions. Seeking truth – not my truth, or your truth, but THE truth – is paramount if we are ever to achieve justic.

The statue of Lady Justice has a blindfold over her eyes, not to indicate that she neither sees or acknowledges suffering. She wears that blindfold to prevent her from pre-judging anyone based upon looks, wealth, gender, or station. She carries scales for balance and fairness, and a sword to cut through the BS to find the truth.

#JusticeForJohnnyDepp may have already happened.

Now is the time for #JusticeForJohnnyDoe.

Juvenile incarceration is a child’s nightmare

Tom Brady gets punished, why not others?