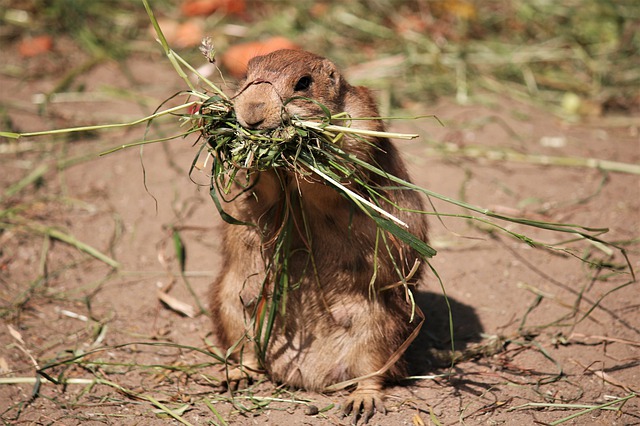 Image by naturfreund_pics from Pixabay

Image by naturfreund_pics from Pixabay

Woodchucks can prove to be sneaky, deceitful creatures that can make themselves an outright nuisance when inhabiting your yard. Getting rid of them can be both unpleasant and quite tricky, which is why we’ve come up with the above steps to keep them out of your yard.

We always say that prevention is ten times better than having to actually remove a wild animal from your yard, so make sure you put these into action as soon as possible, for best results.

Like any other wild animal, groundhogs are coming to your yard because there is something there that they want. More often than not, it’s either food or an open water source, both vital for the survival of the groundhog.

Things like compost piles, woodpiles, garden patches, or fallen fruit from trees, all are highly attractive to woodchucks and can prove an outright headache for you. So make sure you pick up fallen fruit regularly, dispose of or store compost piles in a specially designed container, and bring wood log piles indoors.

2.   Be aware of (and prepared for) them coming out of hibernation

Though the basis of a really popular movie, groundhogs don’t actually come out of hibernation on February 2nd, nor do they much care about seeing their shadow. While this depends on the local climate, most woodchucks will be hibernating well into the spring, when they become really active, as it’s their mating season.

Also bear in mind that, unlike other undesirable wildlife, woodchucks are as active during the day, so you’re likely to see damage pop up during the daytime, also (which also means you need to be twice as vigilant).

3.   Be aware of woodchuck damages.

Woodchucks are notorious little chewers, and as such, they’ve often been found the main culprit behind weakened support pillars, walls, decks, patios, and so on. They will also raze through your vegetable patch, if they’re in the mood, and if you’ve got larger crops, they’re apt to set their nest right in the middle of it, for easy access.

Knowing what woodchuck damages look like will allow you to be prepared, in case of an invasion.

4.   Read up on woodchuck trapping

It’s best to be prepared when dealing with potential wildlife invasions, which is why we recommend doing your research before there’s an actual problem. Visit groundhogtrapping.com to learn how to trap groundhogs, as well as keep up to date on all the latest prevention methods.

Of course, we recommend opting for a live trap, should the need ever arise, as this is a far more humane and pleasant disposal method than traditional, lethal traps.

It never hurts to get a second opinion, particularly since most of us aren’t all that good at spotting wildlife damage, and potential attraction points. So if you’re worried that your backyard might secretly be a groundhog heaven, we recommend that you call a professional wildlife removal service like Wildlife X Team New Hampshire.

They will be able to spot early warning signs of an invasion, as well as advise you on potential weak spots that might be attracting the animals.

6.   Use hair to keep woodchucks away

As it happens, woodchucks are pretty scared of us, human beings, and understandably so, since we’re much larger and thus pose a threat. Another very sneaky prevention method is to scatter some hair clippings around your backyard, to ward woodchucks away.

You can also put some of that hair inside a mesh bag, and then stake it into the ground, to once again ward woodchucks off. It might sound like an unusual prevention method, but trust us, it works.

Honestly, there should already be a fence guarding your yard, as it’s just such an efficient protective measure. Not only will it prevent woodchucks from bothering you, but it will keep out a lot of other wild animals that might bother you in the future.

You can either fence around your garden patch, precisely, or fence the entire backyard for better results. To make your fence effective against woodchucks, make sure you dig it at least two feet deep to prevent digging.

Everything you should know about the anti-vaping law in Baltimore