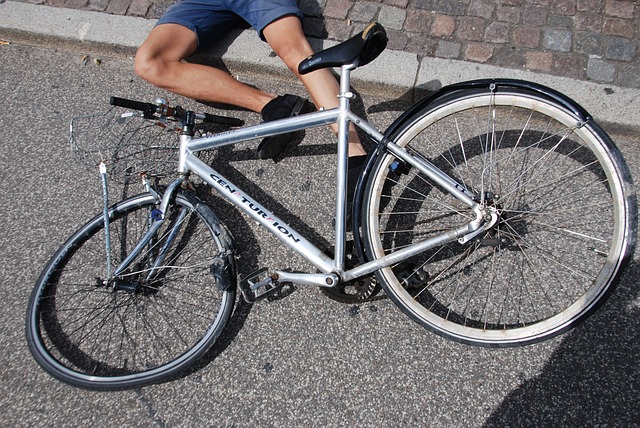 Today in the current day, most people are environmentally conscious of their carbon footprint and of their own lifestyle; opting to choose and healthier lifestyle and reducing their carbon footprint by cycling instead of using gas-guzzling and polluting cars (and to a certain extent public transport such as buses) is now more common than ever. However, the good-intentioned thinking and action of riding a bicycle in the modern world can be quite dangerous due to the number of cars on the road, distractions in the world such as mobile phones and bad conditions such as icy or unlit roads. All of these can lead to an accident, a probable lawsuit resulting in financial loss or compensation for one of the parties involved in the accident. But how would you go about getting your compensation? well you’ll need to hire a law firm and they should handle the case by:

Firstly, they’ll gather the information from both parties, the drivers (assuming it was an accident involving a driver and rider as this is the most common type of bike accident, but this article also applies to all bike accidents including theft). You’ll need to provide your contact number and email. Any damages caused to you and your property (bicycle); evidence such as photographs, eyewitness accounts, and their contact numbers and video footage also must be submitted at the time along with any details of the events that occurred. At this point they should make a transcript of what you have said to them, they can choose to present to the court as a demonstration of trauma or use bits of information from it during the court case.  This is also the point where they will decide whether to continue with this court case as if you are found at fault there will be compensation given towards you and in turn the law firm as there will be no payout. This fact shouldn’t necessarily discourage you from pressing on and talking to a law firm however as you were found to be at partial fault you would receive partial compensation respective of the role you played in the accident occurring.

If the law firm has decided that you should press on with your case the next thing that should happen is that you will be contacted by a personal injury lawyer; due to the nature of the accident which normally results in extensive bodily harm resulting in a loss of wages due to the amount of time needed to recover and the obvious loss of property ( bike ) which could possibly lose your primary transport to work. The personal injury lawyer shall determine the damage caused to you and see the effects that it could possibly have on your workplace which could lose you money and must be adjusted for and hence adjust the lawsuit, according to the certain circumstances.

The next thing the law firm should do is schedule a time to appear in a low level court ( usually unless it was an intentional injury where the offender can be prosecuted for manslaughter ) which is agreed upon by the offending party and the court which, gives both parties additional time to be prepared and ready for a court case. During this time the law firm should ask you for more details and be in contact with you more frequently for more details and meetings.

When the time comes, and the court battle commences the law firm must do the very obvious job of protecting you in court whilst arguing for your case and hopefully you’ll win. In the event that you do win the job continues however, as the law firms’ job will extend far beyond the initial trial and verdict of the court and can extend for years after this. The jobs of the law firm after the initial verdict include ensuring that the offender pays and does what they were instructed to by the court. In the event that the party does not pay their dividend, the law firm should ask you if you want to file another lawsuit against them or just to inform the courts about the lack of payment from the offending party. The fact that the law firm can give you extra protection if the offending party does not pay is one of the reasons why you should also keep them to the very end up to the point where all the payments are made.

These are the steps that a law firm should take when dealing with a court case regarding a bike accident but there are other ways that the law firm could take care of your case outside of court; it is a discretionary agreement with the offending party. This would be done by the law firm by sending a letter describing the injuries you have suffered along with any other losses and agreed terms to the other party’s lawyer. This will happen a few times with multiple letters being sent between the lawyers until both parties are happy with the written agreement and sign off on the agreed document. This can be beneficial to both parties as it typically requires less time and money to be able to go through the same process the court goes through except that one person may not be given a criminal sentence. There is a downside to a discretionary agree and that would be the fact that the person is not obliged by the court to make the payment and it would be harder and longer to regain those payments, requiring your lawyer to make another series of letters which, could possibly take a few more weeks.

In Conclusion, the main jobs of a law firm when dealing with a bike accident case to, receive the main information, gather evidence for a case to be formed and made in court and to ensure that all payments are made to you in due course and time; also to ensure that any payments are made to you and none are missed and if they are they will be caught up.

To learn more about what a law firm should do click here for more information.

Attorneys for Cosby Request for a reversal of the #MeToo Conviction