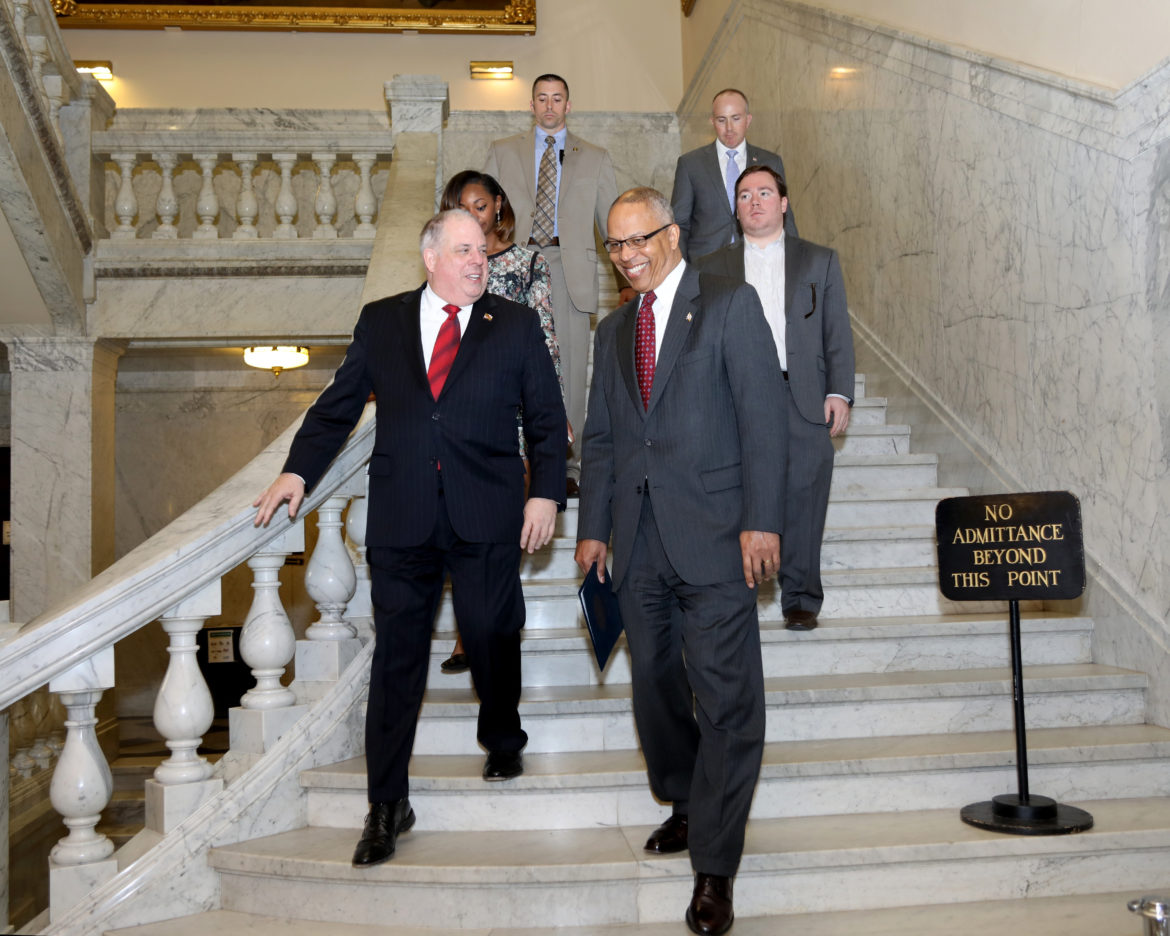 Thank God, the legislative session is over. Gov. Larry Hogan better enjoy the next nine months, because if past is prologue, next year’s session will be hell.

Ethics in the legislature have been a mess this year, and after spurning an ethics reform bill proposed by Gov. Hogan, legislative leaders needed a lifeline.

Sen. Nathaniel Oaks, D-Baltimore, was charged last week with one count of federal wire fraud. He was indicted for using his former position in the House of Delegates to influence development projects in exchange for cash payments.

In January, Gary Brown Jr. of Baltimore had his appointment to the state Senate rescinded by Gov. Hogan because Brown had been indicted for indicted for violations of Maryland’s campaign finance law.

And last month Del. Dan Morhaim, D-Baltimore County, was censured by the House of Delegates on a vote of 138-0. He came under scrutiny of a Joint Ethics Committee when it was revealed he was consulting to a prospective medical marijuana dispensary that falls under his committee’s jurisdiction.

In response to the tsunami of ethical lapses by Democrats, Democratic leaders needed to be seen as taking the issue seriously. They took Gov. Hogan’s proposed ethics bill and watered it down so they could make it their own. In the end, they passed ethics reform that, while not Hogan-strong, is still better than nothing.

Legislative leaders were then taken by surprise when Gov. Hogan publicly supported a ban on fracking in Maryland. Special interests had lined up support in the Senate to kill the bill while environmentalists were preparing to attack Hogan for hating the environment. Instead, with Hogan’s support, the fracking ban sailed through the legislature and onto his desk for signature.

They similarly were caught off balance when Hogan stole their issue and proposed a paid sick leave bill. Instead, their own bill covered more employers and employees, and the governor has promised he would veto it.  That way they can override his veto in an election year and claim that Hogan is against hard working Maryland families.

Of course, Gov. Hogan’s call for common sense redistricting reform is like a dentist’s drill to a bum tooth for Senate President Mike Miller and House Speaker Michael Busch. They owe their veto-proof majorities to their redistricting legerdemain.  In fact, they have proven so adept at gerrymandering that they have been ordered to testify about it in federal court.

This highlights that Hogan’s proposal has merit, so to deflect the heat, they crafted a toothless redistricting bill that only goes into effect if five other surrounding states go first. It passed Friday in party-line votes.

Putting forward bills designed to make a political statement, rather than doing any real good, was a top priority of Maryland Democrats this session.

They put forward a school bill that gutted meaningful metrics for student achievement.  More important, however, it traps largely minority students in failing schools by limiting charter and voucher options. They couched it as standing up to President Trump’s Education Secretary, Betsy DeVos, when it really was a sop to the teachers’ union.

Democrats in the legislature also put forward bills to have the state make up shortfalls in funding for Planned Parenthood and Maryland Public Television  should President Trump cut federal aid to those two corporations.

Their so-called Internet Privacy Bill, which failed to pass the House, was offered in response to Congress’s recall of a similar regulation issued in the waning days of the Obama administration.  The regulation would not have gone into effect before next fall anyway, so cancelling it did nothing but maintain the status quo.  Not to be deterred by fact, Maryland Democrats disingenuously claimed that Trump is trying to sell your private data.

La pièce de résistance was giving state Attorney General Brian Frosh authority and budget to sue the federal government without the governor’s go-ahead.  Like the education bill, and additional state funding for Planned Parenthood and MPT, this is about showing liberal voters that they are part of the “resistance” and they can nullify the results of an election.

Set up for next year

Significant legislative effort went into attacking President Trump, and then trying to tie him to Gov. Hogan in order to pull Hogan down.  At one point, Hogan’s popularity was 71%.  After the session got underway, however, he is down to 65%.

This would be great in a normal state.  Recall, however, that in 2006, the last Republican governor, Bob Ehrlich, had a 57% approval-rating going into reelection and was hindered by an anti-President Bush backlash, and lost reelection.

This year’s session has all the markings of a repeat.  Hinder a popular governor’s agenda, set up veto overrides to excite the base, and tie Hogan to an unpopular president. As Sen. Miller said during the Ehrlich administration, Democrats would play nice for the first three years then break out the machine guns in the election year.

Gov. Hogan should enjoy the peace of the next nine months because we know what’s coming next January. If there is one thing a monopoly hates, it’s honest competition.

Hillary Clinton gets some of the blame