Why has the President of the United States committed treason? This morning, after President Trump met with President Vladimir Putin of Russia, former Director of the Central Intelligence Agency John Brennan said in a tweet, “Donald Trump’s press conference performance in Helsinki rises to & exceeds the threshold of “high crimes & misdemeanors.” It was nothing short of treasonous. Not only were Trump’s comments imbecilic, he is wholly in the pocket of Putin. Republican Patriots: Where are you???”

Donald Trump’s press conference performance in Helsinki rises to & exceeds the threshold of “high crimes & misdemeanors.” It was nothing short of treasonous. Not only were Trump’s comments imbecilic, he is wholly in the pocket of Putin. Republican Patriots: Where are you???

In a written statement Senator John McCain (R-AZ) said, “Today’s press conference in Helsinki was one of the most disgraceful performances by an American president in memory. The damage inflicted by President Trump’s naiveté, egotism, false equivalence, and sympathy for autocrats is difficult to calculate. But it is clear that the summit in Helsinki was a tragic mistake.

“President Trump proved not only unable, but unwilling to stand up to Putin. He and Putin seemed to be speaking from the same script as the president made a conscious choice to defend a tyrant against the fair questions of a free press, and to grant Putin an uncontested platform to spew propaganda and lies to the world.”

You can read his entire statement here.

We really shouldn’t need the president’s political opponents to give their comments, but as Brennan asked, where are the Republican patriots? Speaker of the House Paul Ryan said, “”There is no question that Russia interfered in our election and continues attempts to undermine democracy here and around the world. That is not just the finding of the American intelligence community but also the House Committee on Intelligence. The president must appreciate that Russia is not our ally. There is no moral equivalence between the United States and Russia, which remains hostile to our most basic values and ideals. The United States must be focused on holding Russia accountable and putting an end to its vile attacks on democracy.”

Senate Majority Leader Mitch McConnell was not as bold as Ryan, but he did say, “”I’ve said a number of times and I say it again, the Russians are not our friends and I entirely believe the assessment of our intelligence community.”

Senator Bob Corker, who is leaving the Senate after this term, said “I felt like that everyone who’s dealt with Putin understands fully that the best way to deal with him is through strength and I just felt like the President’s comments made us look as a nation more like a pushover, and I was disappointed in that.”

How bad is this for the United States? After punching our NATO allies in the face this is a complete reversal of policy that has been in place since the end of World War II. House Minority Leader Nancy Pelosi (D-CA) said, “President Trump’s weakness in front of Putin was embarrassing, and proves that the Russians have something on the president, personally, financially or politically. This is a sad day for America, and for all Western democracies that Putin continues to target.”

At the same time, the @HouseGOP has refused to seriously confront Russia’s threat to our democracy, instead holding sham hearings designed to distract from attacks on our elections. @SpeakerRyan, stop protecting @realDonaldTrump & #ProtectOurDemocracy. #TrumpPutin https://t.co/m47HRTqG9s

I never thought I would see the day when our American President would stand on the stage with the Russian President and place blame on the United States for Russian aggression. This is shameful.

Senator Chuck Schumer (D-NY), Senate Minority Leader, echoed Pelosi’s statement. “A single, ominous question now hangs over the White House: What could possibly cause President Trump to put the interests of Russia over those of the United States? Millions of Americans will continue to wonder if the only possible explanation for this dangerous behavior is the possibility that President Putin holds damaging information over President Trump.”

Is there a pee tape?

Who knows, but there could possibly be — most likely is — damaging information about the president’s business ties to Russian oligarchs and mobsters. And maybe there is some evidence that is of a more personal nature, things that would estrange him from his family or worse — his base.

As I sit here more Republicans are coming out with messages that are various degrees of … can’t say condemnation because few have condemned President Trump’s actions Monday, but they are at least dismayed. The president sides with the former head of the Soviet KGB over his own intelligence agencies about Russia’s attack on the United States and they are only “dismayed”? Newt Gingrich did say it was the most serious mistake of the Trump presidency. Ya think? The president suggested Russian’s intelligence agency get together with the U.S. intelligence agencies to investigate the meddling together …

Americans, not just Democrats, have to get out and vote in November and hold President Trump’s bootlickers in Congress accountable. They patted the president on the back when he kidnapped children from their parents as they lawfully entered the United States to seek asylum. Yes, lawfully, by national and international law. They echoed his condemnation of the Justice Department and the special counsel investigating Russian meddling in our democracy. They applauded the President’s sucking up to the brutal dictator in North Korea — and getting nothing from that meeting. They went along when the president wanted to give the biggest tax cut in history to corporations and the top one percent.

With the exception of a few, the GOP is now “dismayed” with the president and his performance in Helsinki.

On Monday, President Trump said, “I don’t see any reason why it would be [Russia that meddled in our elections].”

Just as an aside: shortly after Trump said that president Putin did admit he wanted Trump to win the 2016 presidential election. His investment in the meddling campaign has truly paid off in dividends for him.

Thanks to Donald Trump the murderous dictator Vladimir Putin is winning.

UPDATE: There is one point not even touched upon in the above post: We have no idea what President Trump said to the KGB-trained Vladimir Putin who walked into that private meeting with a notepad and pen (or pencil). Did Trump give up any national security secrets? He did that once before with Russian diplomat/spies. Did he make promises about easing up sanctions or giving up opposing the Russian aggressions in Ukraine and Georgia? Did he give up more of the Korean Peninsula? We don’t know. Former CIA Director John Brennan is sure the Russians have recorded that meeting.

As intelligence experts around the world, including those here in the U.S. have stated, Donald Trump is way out of his depth with Vladimir Putin.

We have a lot to dread from Trump’s private meeting with Putin.

Photo is a YouTube screenshot: He hears his master’s voice 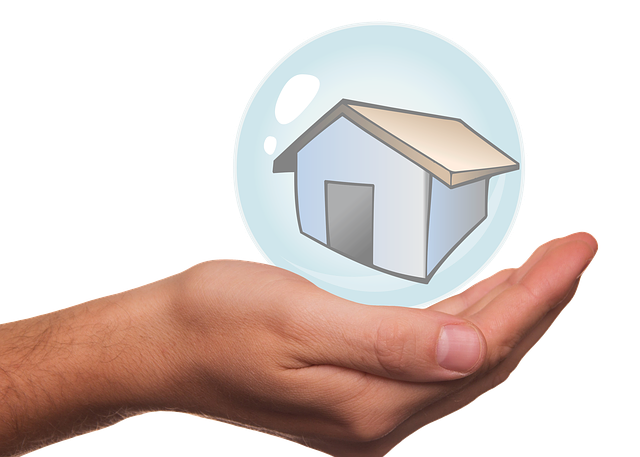