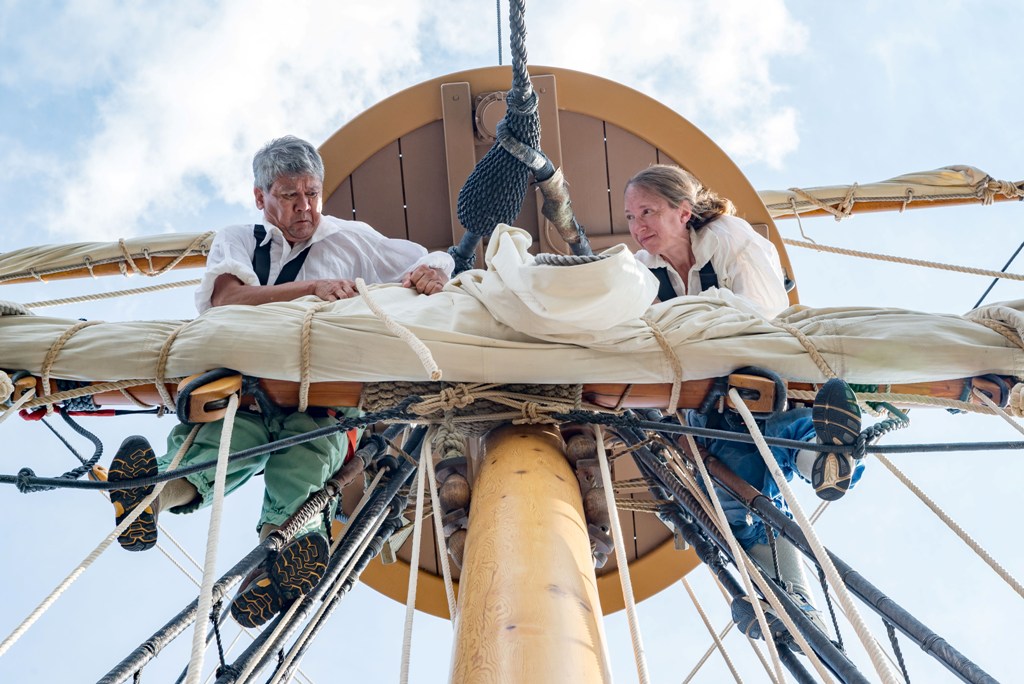 BALTIMORE: An ocean-born education was probably the last thing on the minds of the colonists who boarded three small boats bound from England to the New World in December 1606. Yet, in the four and half months the group was at sea – living austerely in crowded conditions – they would certainly have come to realize the many challenges they would face, once they finally landed on the island they would name Jamestown.

This weekend, Marylanders can get a glimpse of that ship-board life, as a recreation of one of these iconic colonial vessels – Godspeed – calls on Baltimore’s Inner Harbor. Docked adjacent to the USS Constellation, Godspeed is in town as part of the 2018 Maryland Fleet Week.

The 2018 Maryland Fleet Week and Air Show runs now through Tuesday, Oct. 9. Along with historic Baltimore-based ships, like the USS Constellation, the USS Torsk submarine, the U.S. Coast Guard cutter Taney and the Lightship Chesapeake, Godspeed will be joined by more than a dozen U.S. Navy and Coast Guard, Canadian and British Naval ships, as well as sea service vessels and traditional sailing ships.

All ships will be open for tours at the Inner Harbor, Fells Point, Canton and Locust Point, October 4-8 from 1 to 6 p.m.

Those stepping aboard Godspeed will find costumed historical interpreters ready to assist visitors in exploring the ship and learning about both the 1607 voyage and 17th-century shipboard activities. The demonstrations include discussions on basic seamanship, navigation, and a lesson in timing a ship’s nautical speed.

“When Godspeed sails from Jamestown, it serves as an educational outreach vessel. It’s really a classroom under sail. When we arrive in a port like Baltimore, we are open to the public, but we also open up to local schools. Children come aboard to learn about the voyage to Virginia, the founding of Virginia and the founding of America.

“Godspeed was both built and put online in 2006. At that point, it sailed up and down the east coast to promote the 400th Anniversary of the founding of Virginia and the start of our nation.”

“The importance of the ships at Jamestown Settlement is they represent ships from the early 17th Century which sailed from England to North America and established the first successful settlement in Virginia.” (Recreations of Susan Constant and Discovery – the two other ships which joined Godspeed in her 1607 voyage – are on display at Jamestown Settlement.)

An official history notes that the original Susan Constant, Godspeed and Discovery set sail from London on December 20, 1606, bound for Virginia. The ships carried 105 passengers and 39 crew members on the four-month transatlantic voyage. A total of 71 people were aboard the Susan Constant, 52 aboard the Godspeed and 21 aboard the Discovery. The expedition was sponsored by the Virginia Company of London, a business venture that had been organized to form a colony in Virginia. The fleet reached the Virginia coast in late April and, after two weeks of inland waterway exploration, arrived at the selected settlement site on May 13, 1607.

In time, the original Godspeed and Susan Constant would return to England, while Discovery would continue to explore the Chesapeake Bay. Staying true to that original mission is Dr. Richard Snyder: Director of the Eastern Shore Lab for the Virginia Institute of Science.

“I came up from Jamestown with the ship (Godspeed). The engineer helped me install an automated system on the ship which will record water temperature, salinity, oxygen, the amount of algae in the water and PH. We’ve recorded those everywhere the ship went. Every minute we got a data point, so we’re going to graph that data and show how those data changed for the entire length of the bay on this cruise.

“As scientists, sometimes we look at things on too small a scale. It’s rare that we can get on a ship and transit the whole bay. It’s even more rare to get on a ship like this, with a highly professional crew, and combine 21st century technology with a 17th century vessel.

We asked Dr. Snyder if there was any historical data on what early settlers might have experienced as they were coming up the Chesapeake Bay?

“Just anecdotal reports about the abundance of wildlife. Probably the biggest thing was reports about the clarity of the water. The clarity of the water is driven by two factors. One is sediment in the water and the other is algae in the water. The sediment increased dramatically, once they cut all the forests down and as we continue to develop, we are adding sediment to the bay – especially coming down from the Susquehanna River.

“The algae in the water is from nutrients that enter the bay. That’s where we are really making most of our improvements, by cutting back on the nutrients. The water quality in the bay is improving, and we’re getting more sea grasses back. But we still have a tremendous sediment problem. Sediment settles to the bottom, blocks the light and smothers oyster beds and grass reefs.

“We saw that on this trip. As soon as we got above the Bay Bridge, we entered this mass of water that was brown. Coming into the Patapsco River, we left that brown water and came into clear water.

Snyder said the endeavors to clean up the Chesapeake Bay are enormous, but the efforts are paying off.

“The trends we’ve been seeing over the last 5-6 years indicate that things are really starting to improve. That’s evident in the return of fish, crabs and some of the other organisms, like plankton. But we’re a long way from being done.”

A valuable lesson about caring for ourselves and the environment that has been 400 years in the making.

The Godspeed will be docked alongside the U.S.S. Constellation in Baltimore’s Inner Harbor on October 3-7, as part of Maryland Fleet Week and Air Show Baltimore. The ship will be open for public deck tours on October 5 and 6, 1-6 p.m.; and October 7, 1-4 p.m.

For those in the DC area and Northern Virginia who can’t make it into Baltimore this weekend, The Godspeed will be docked at the City of Alexandria Marina near the Torpedo Factory Art Center on October 12-16, as part of the Portside in Old Town Festival. The ship will be open for public deck tours on October 12, 3-6 p.m.; October 13, 1-6 p.m.; and October 14, 12-5 p.m. 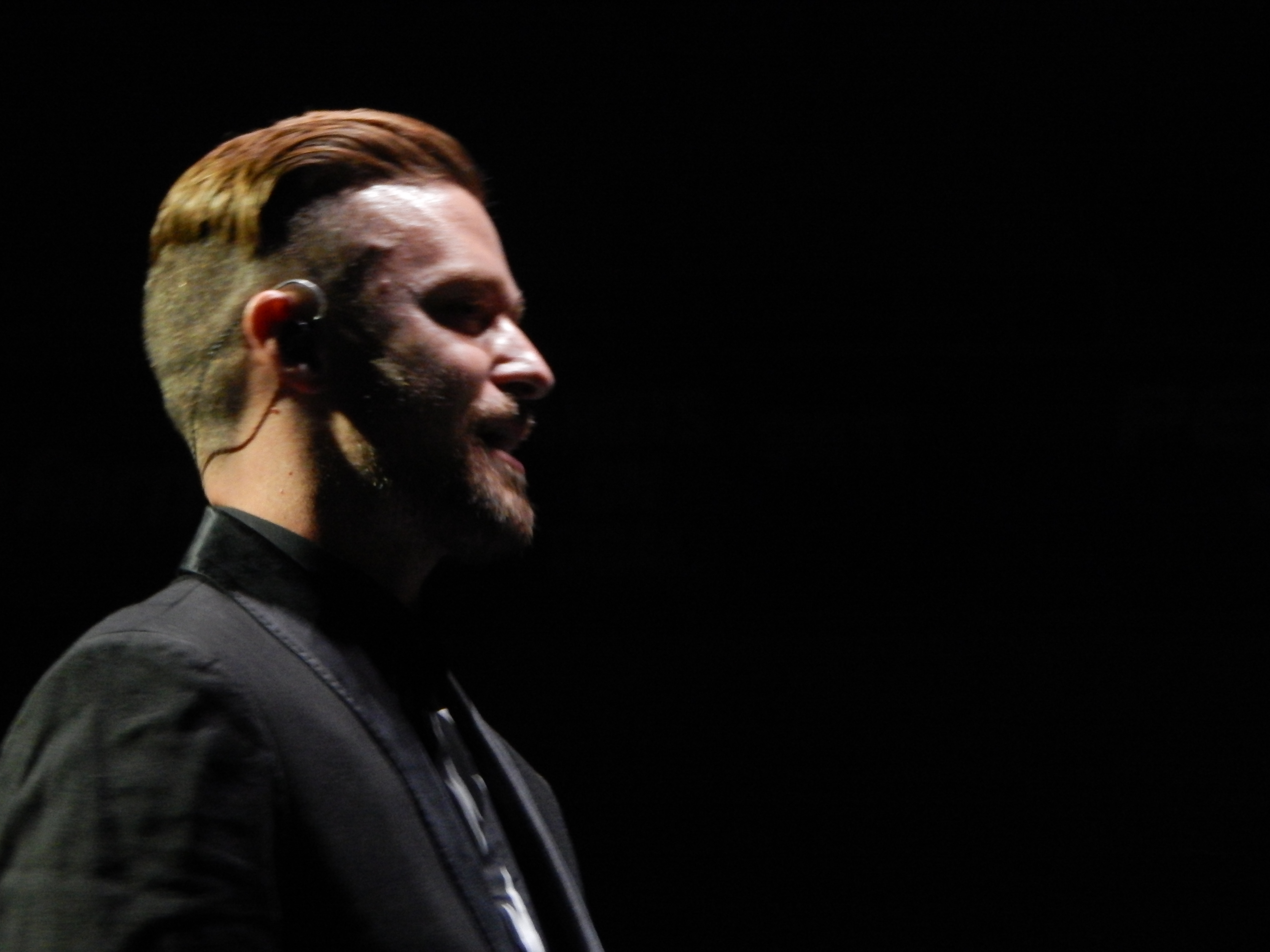 Justin Timerberlake: A ’20/20 Experience’ that shouldn’t have been missed 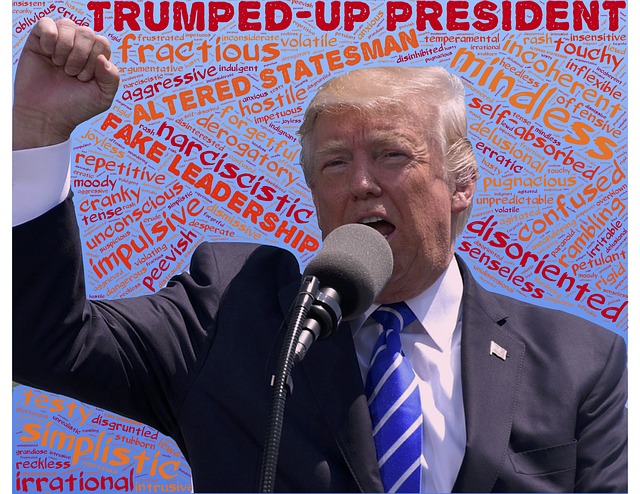 Trump to Veterans: Traumatic brain injuries are like ‘headaches’ – ‘not very serious injuries’