December 9th marked one year into my recovery. No, I am not another addict here to tell you what it is like to be clean and sober. Instead, I was a life long sufferer of depression and it was a year ago I began to see my life cloud free for the first time.

My mother always told me I was the easiest of her eight kids to look after. She would tell me all she had to do was place me in my crib and let me be. I did not seek attention from her or my siblings and could entertain myself for hours on end. This, I was later told, was the first sign of being born with depression.

As a kid in a crowded house, I always longed to be left alone. At school, I did not require a large circle of friends and often times passed on opportunities to hang out with others while in high school. I had a few girl friends, but they always broke up with me. I guess they did not find my brooding as sexy as it is sometimes displayed in movies.

I could always express anger over the slightest things, see the negative over the positive, and prepare for the worst. However, joy was never a feeling I fully felt. The lone exception was when I was involved in athletics. I loved sports and being active and always found ways to push myself to the extreme, unaware that what I was really doing was going in search of an endorphin high to balance my depression.

When my playing days ended, I turned my attention toward running. Actually, I discovered running as a kid and was always asking my elementary teachers if I could go run laps by myself instead of play kickball with the class for PE. I’d run until they would make me stop. When school let out, I would race the school bus home and see if I could beat it to the bus stop at the foot of my driveway. Endorphins came in handy after a day of school.

As a young adult, I would push myself through some of the most grueling and intense running workouts, always by myself, and then marvel at the “runner’s high” that followed. I had no idea I was running from myself. And though I am well into my 50s today and no longer able to run due to an accident, I continue to enjoy a good “high” from a three-hour bike ride or hard session in my home gym.

Eventually, life catches up to all of us and for me it pretty much ran me over last year. I had sought treatment in the past for depression but always somewhat reluctantly and I never got much out of it. The meds I tried never did much for me except make me feel like a zombie and while talk-therapy helped, I was always living in a fog. But now I was in constant physical and emotional pain and even I could not lie to myself and convince myself the mood (code for depression) would pass. It wouldn’t let go of me and it was costing me my wife and all I held important.

By December of last year, I realized I had two choices; call it a life or seek help. I have never thought of myself as a quitter so I chose to seek help. The status quo was no longer acceptable and I had to find a way to happiness that would stick. Once I realized this for myself, seeking help became easy.

With the help of my doctor and a lot of research on my part, we found an anti-depressant that allowed me for the first time in life to see the world with a clear head. The fog of depression fully lifted and I was now thinking and seeing the world with clarity and liked what I saw. I was, as my doctor said, a good candidate for being the poster person for the anti-depressant I was on.

With this new-found clarity came a much better understanding of my past, present, and most of all, future. I was no longer getting up each day and going through the motions of life while putting forth a maximum effort to fool everyone as to how I felt inside. I now had a sense of inner peace and happiness that was accompanied with the confidence to take back my life. I was finally able to be the person I always wanted to be but was never able to while depressed.

Some people are born with a genetic predisposition for depression.  Others become depressed as a result of events that happen to them in life while still more are affected by what is called Season Affect Disorder (SAD), something that happens when the daylight gets shorter.

Then there are those like me who suffer from all three and we go through a constant cycle of ups and downs only to find that as the years pass, the ups are less frequent and the downs much greater and harder on us, and everyone around us. If left untreated, your life eventually reaches the point mine did and you realize you have the same two choices I faced a year ago.

Admitting you need help is hard. Most of us are told this by loved ones but refuse to agree and set out to prove them wrong only to eventually find out they were right. However, seeking help is easy once you come clean with the person you see in the mirror. Once you do this, it becomes much easier to like the reflection that is looking back at you.

Take it from someone who knows and who has been there. You, more than anyone else, know if you suffer from depression. It is not all that uncommon, I am told. Maybe as much as thirty percent of the population suffers some form of it. But what we often don’t know is we are not alone because depression drives us away from everyone else, making us feel alone.

It sounds so simple, but all you have to do is turn to the people you have removed yourself from, family, friends, colleagues, clergy and the countless others we have abandoned, and tell them you need help. You will be shocked to find how many people will be happy to help you turn your life around and support your effort for treatment.

No one expects us to go through life with a broken bone, ailing heart, or any other treatable ailment. The same is true for the brain. Treatment is available but requires us to make the first move. And when you do, and when you come out of that fog of depression that has controlled your life far too much, you will only wonder why you waited so long to seek help.

Sun buys Capital: Another loss of voice and eyes? 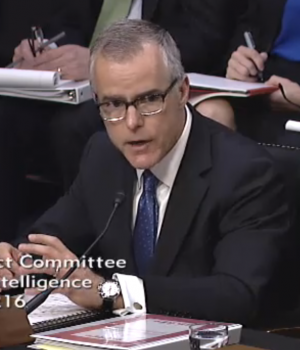 Should McCabe be charged? Lawyers weigh in