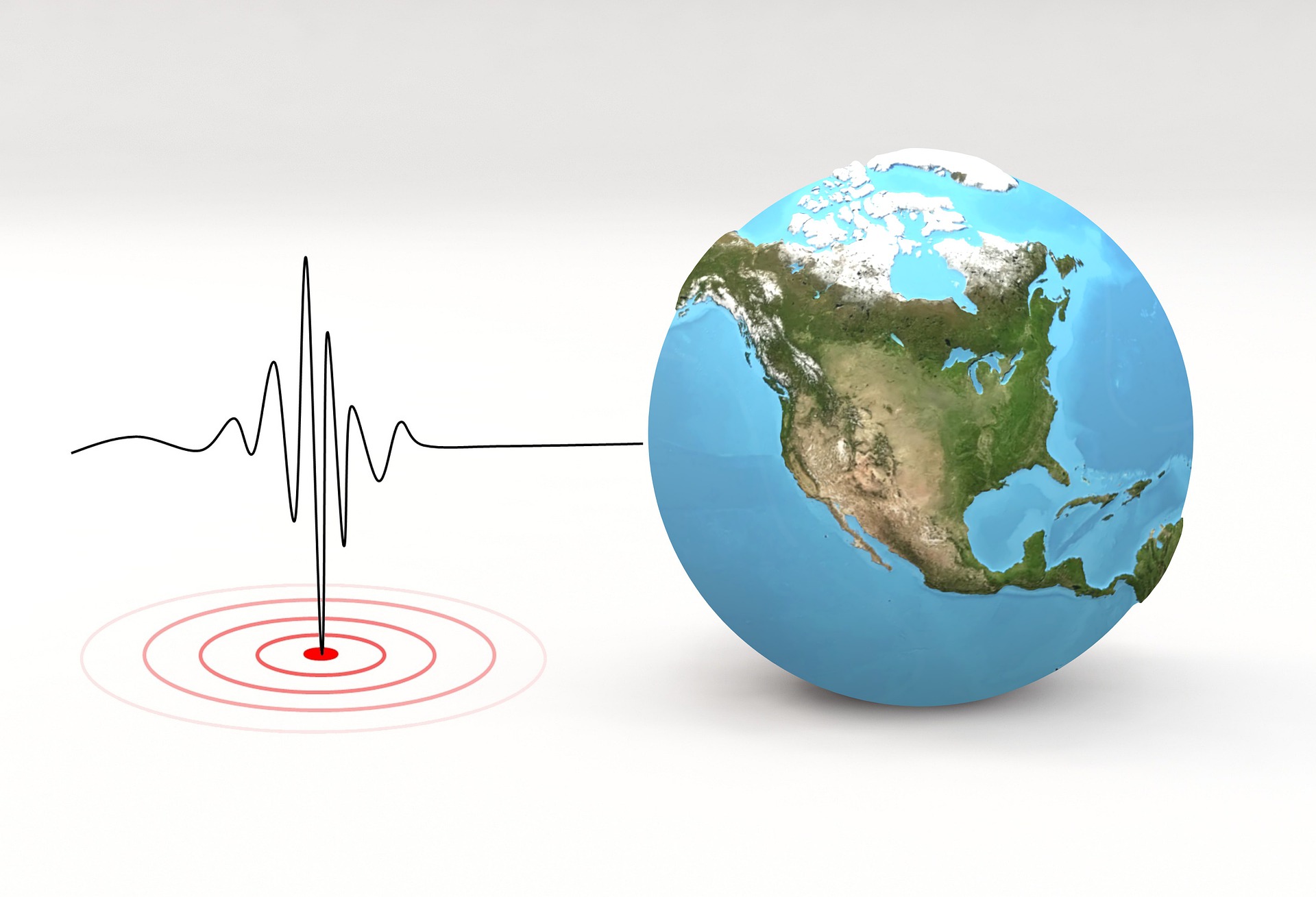 Last Thursday, Indiana experienced an earthquake. I have lived in Indiana for almost forty years, and this is only the second earth shaking I have felt here. Decades ago, I lived in California for three years and experienced multiple quakes, including one measuring 6.1. The shakeup Thursday was only a 3.8, but the epicenter was only a mile and a half deep, and I only live a mile and half from ground zero. The whole house shook.

People started gathering outside. Earthquake? Explosion? With no one hearing a “boom!” or seeing smoke rise in the distance, we ruled out an explosion, and we were all sure it was an earthquake. It seemed like no time when people started posting on social media reports from the USGA that, yes, Parke County was the center of an earthquake.

Even after several days, it seems like every conversation starts with, “Did you feel the quake?” The ground-shaking will be the talk of the town for a few days. Eventually, the discussion will evolve into, “Remember the quake of 2021?”

Being a preacher and one with a heart for prophecy, it was only a minute or two before the thoughts of, “There shall be earthquakes in diverse places” came to mind (Matthew 24:7, Mark 13:8, Luke 21:11).

Whenever the Bible mentions an earthquake, more than the earth is moving – God is. In one instance, God used two earthquakes, only three days apart, to mark events that would change eternity.

At the crucifixion of Jesus Christ – Matthew 27:50-54, “Jesus, when he had cried again with a loud voice, yielded up the ghost. And behold, the veil of the Temple was rent in twain from the top to the bottom; and the earth did quake, and the rocks rent; And the graves were opened; and many bodies of the saints which slept arose, And came out of the graves after his resurrection, and went into the holy city, and appeared unto many. Now when the centurion, and they that were with him, watching Jesus, saw the earthquake, and those things that were done, they feared greatly, saying, Truly this was the Son of God.”

According to the gospel of John, Jesus cried, “It is finished” moments before His death (John 19:30). Jesus was telling the world that He finished the work of salvation. He did everything needed to fulfill His role as the Lamb of God. The payment for our sins was complete. Notice, from the passage above, the veil in the Temple was rent from top to bottom. This renting of the veil is significant because it symbolizes that we now have access to God with the death of Christ.

Inside the Temple, there was the Holy of Holies. Inside this room was the Ark of the Covenant. Inside the Ark were Aaron’s rod, a container of manna (the food provided by God while the Hebrews roamed for forty years in the wilderness), and the original ten commandments. Once a year, the High Priest would enter the Holy of Holies, and make the Passover sacrifice. Hanging between the Holy of Holies and the rest of the Temple was a giant curtain. That curtain or veil, God split in half. The world now had access to the Holy of Holies because Christ made the sacrifice to end all sacrifices (Hebrews 10:10-13). Christ died that we may have life eternal.

Our text above mentions the resurrection of Old Testament saints, but it does say they did not rise until “after his resurrection.” It is at Jesus’ resurrection that the next earthquake shakes the earth.

Matthew 28:1-2, “In the end of the sabbath, as it began to dawn toward the first day of the week, came Mary Magdalene and the other Mary to see the sepulchre. And, behold, there was a great earthquake: for the angel of the Lord descended from heaven, and came and rolled back the stone from the door, and sat upon it.”

Christ is risen! The tomb is empty. To announce the payment of sin was now complete – God shook the earth. To reveal the empty tomb and our hope of eternal life – God shook the world again.

When a person places their faith in Christ for their salvation – God shakes up their lives. 2 Corinthians 5:17, “Therefore if any man be in Christ, he is a new creature: old things are passed away; behold all things are become new.”

Whenever the ground shakes beneath you, whether earthquakes are a rare occurrence for you, or something rather ordinary, remember that God is reminding you of His mercy and grace provided at the cross. Also, He is giving us a sign of judgment to come.

The ground shakes; God is moving. 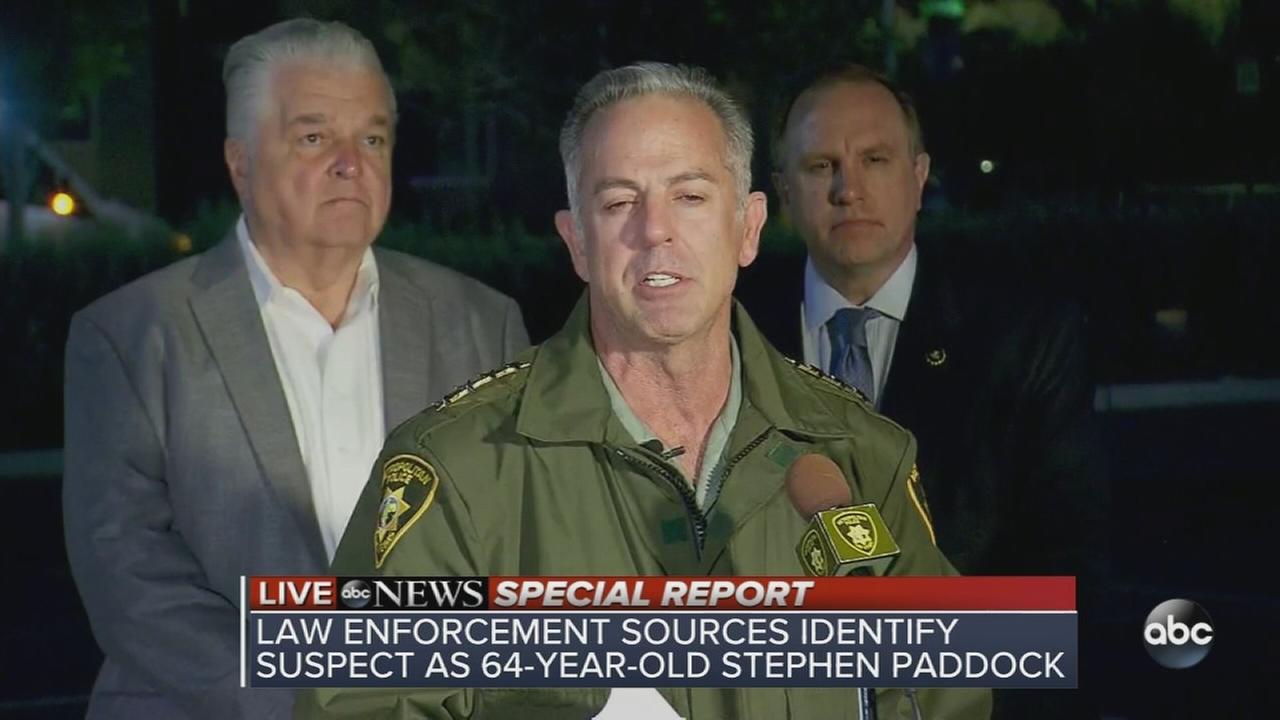 Las Vegas: 58 dead, more than 500 injured in deadliest shooting in US history