Of all the things that happened this past week, from George Clooney getting engaged to Amal Alamuddin, to Miley Cyrus having a serious reaction to antibiotics — to the latest FoxNews Faux Benghazi Scandal and even the internecine battles between the gun-totin’ America-hating groups protecting Cliven Bundy in Nevada, there was one story that trumped them all.

Now, I’m like the next person: if you want the news that really matters, tune in and log onto TMZ.com. They got it all, from the low down on Clooney’s beloved to the “scandalous” photos of celebrity women showing their underboobs in public … oh wait, that one was from the E! Network. My bad.

So anyway, apparently it’s scandalous for women to show underboob, side boob and too much of their Décolletage, that’s cleavage in American. Makes you wonder: have any of the people at those web sites been to a beach in say … oh … the last 40 years?

Doesn’t matter — it’s scandalous. I have to admit: too much décolletage can be a big distraction for me.

There we had all those news stories, big, big news — and Miley Cyrus donned tape over her nipples for a music video too — that all got lost in the newsroom fog Saturday when TMZ.com released a recording alleged (at the time) to be the voice of L.A. Clippers principle owner Donald Sterling making extremely racist remarks. So shocking in fact they make Cliven Bundy look like nothing more than an armchair supporter of the KKK.

This is the guy who in 2006 settled a lawsuit with the U.S. Justice Department over his discrimination of minorities and families with children in his rental properties. The guy who, when hiring head coaches for the Clippers, would ask, “How are you going to handle those n*****s?” Apparently, Sterling was looking for coaches that could speak the language of the players.

That pushed all the other news off to the side, even at CNN where they’re still deep into that missing passenger jet. There hasn’t been any “news” about that missing airliner in about a month, but CNN keeps plugging away… sort of like Fox News plugging away at those faux Benghazi scandals they’re trying to develop.

We have to give credit where credit is due though because Fox did break away from Benghazi briefly so they could run their annual exposes on Spring Break — for a week. They had videos of college kids partying it up in skimpy swimwear on the beaches of Florida, Texas, Lake Havasu and Mexico.

Back to this Donald Sterling thing.

So, the Commissioner of the NBA, Adam Silver — David Stern’s hand picked successor — did a very unStern-like thing: he banned an owner for life. No contact with the NBA; can’t go to any games, especially L.A. Clippers games. Can’t go to any Clippers facilities … I wonder, does it extend to the Marina Clippers Barber Shop in Seal Beach or the Golden Clippers in El Monte? Both are fine establishments (I’m sure) so they might have a morals code.

Donald Sterling is banned from the NBA — so how does that work? Has the commissioner’s office sent guards to every facility Sterling might be tempted to enter, with photos of Sterling to keep him out?

The racist owner is banned from entering his own office. How strange is that? Technically it’s still his team, his office, no doubt in a building he leased from his own real estate firm.

Just to be clear: this is not a criticism of Silver’s decision. Like just about everyone else, I believe it was the right decision … but how does that work? Legally (I would think), if his name is on the lease and he’s the landlord — just thinking about all the legal implications blows my effin’ mind.

If Donald Sterling does indeed own the building where the team trains and is a key executive in the L.A. Arena Company, how does the NBA legally keep him out?

It’s a good bet the league’s lawyers have already gone to work on these questions and, we hope, they know the answers. Sterling is a real estate mogul, a smart one, and it’s another good bet he’s profiting as a landlord from the Clippers training facility.

Much has come since Tuesday’s press conference when Commissioner Silver announced Sterling’s banishment, including from Vanessa Stiviano, the woman who recorded the conversations. She used her phone to record the conversation she and Sterling were having in the townhouse he bought for her — which is now at the center of a lawsuit by Sterling’s wife who wants it, and all other gifts, returned.

According to Stiviano, through her attorney, both parties agreed to have the conversation recorded and then she sent it to a friend for safe keeping. It was the friend who leaked it to TMZ.com — according to Stiviano. We can choose to believe her story or not, most people have branded her a gold digger and harlot or worse.

In defense of gold diggers (seriously): it isn’t easy. They spend a lot of time, effort and money to look good enough to catch the eye of some rich knob; they get interested in whatever the rich knob is into until they get the rich knob to pay for the time and effort the gold digger puts into catching and keeping the rich knob. My hat’s off to them, seriously. They end up being scorned by society while their lives are plastered all over the gossip rags and sites if something like this Sterling issue ever gets made public.

Should we believe Vanessa Stiviano’s version of how the recording became public? Now she claims she and the old man never had a romantic relationship, she was his “archivist.”

Really? He pays her a salary, gives her a condo worth 1.5 mil and four expensive motor vehicles: a Range Rover, two Bentleys and a Ferrari, just for being a friend and archivist? Like many other people, including Kareem Abdul-Jabbar, how this private conversation became public is just as slimy and dirty as what is on the recording.

But, as Adam Silver said, when asked if it was appropriate for an owner to lose his team over a private conversation, “Whether or not these remarks were initially shared in private, they are now public and they represent his views.”

Which brings up this issue: people in the NBA have known about Sterling’s racist personality for years, decades even. And yet it wasn’t until a recorded conversation with his girlfriend was made public that the NBA decided to deal with Sterling. As Abdul-Jabbar and others have pointed out, Sterling is verifiably guilty of far worse acts of racism, just in the 2006 lawsuit alone. Why didn’t the NBA do something about Sterling then?

This is why Silver’s decision is “unStern-like”: the former commissioner had to have known what kind of person owned the L.A. Clippers and yet he did nothing. The federal lawsuit and settlement were never a secret, they were in the news at least locally. Neither he or anyone else in the NBA owners group or management can claim ignorance. The recording is a step too far because Sterling’s racism is no longer behind closed curtains and now he is a very public embarrassment to the NBA. That’s his real crime with the NBA. As long as it didn’t embarrass the league publicly on a national level, Sterling’s racism was tolerated.

Even Jerry Reinsdorf, owner of the Chicago Bulls and the Chicago White Sox (of Major League Baseball) condemned Sterling. You know if an owner does something so heinous Jerry Reinsdorf says they need to leave, that person is really the bottom of the barrel.

Reinsdorf is known for his extreme cheapness and willingness to cut off his nose to spite his face when it comes to player-management issues and is considered by many to be one of the worst owners in professional sports. On the other hand he’s also known for his philanthropy. Really.

Sterling has responded, saying the Clippers are not for sale so the next step seems to be a legal fight in the courts. Does the NBA have the legal authority to take a team away from an owner? The NBA by-laws say it does, but Sterling is a lawyer and he will no doubt fight it … and probably settle. His team, now that they are in the playoffs for the second year in a row, looking to advance to the next round … the Clippers are worth at least 700k, according to most analysts.

They base this on the fact that the worst team in the NBA, the Milwaukee Bucks … sigh, my home team … was sold for $550,000,000.00. Yep, the worst team in U.S. professional sports is worth more than a half billion dollars. So the Clippers have to be worth more than that, somewhere in the neighborhood of 700 million or more. We can guess, predict, Sterling will hold out for a cool billion. And to think he paid just 12.7 million for the team in 1981.

The question on everyone’s mind is: when will Sterling be legally separated from the Clippers? He could drag it on forever with lawsuits. He may want to position the team to fall into his daughter’s hands, or (God forbid) his wife’s lap to avoid the hundreds of millions in taxes he would have to pay for selling the team.

The Golden State Warriors, along with every other team in the NBA according to some sources, were ready to walk off the court Tuesday Night if they didn’t get the right decision from the commissioner. What are they willing to do if Sterling is still an NBA team owner when the new season starts in October?

Will any of the Clippers refuse to play for a racist?

As Clippers Head Coach Doc Rivers pointed out in his pre-game press conference Tuesday, after Silver’s announcement, “Is it over? No, it’s not over, but it’s the start of the healing process that we need and the start of our organization to try to get through this.”

It was just revealed Donald Sterling is suffering from colon cancer. In a post-game press conference, both Chris Paul and Blake Griffith, star players for the Clippers, were very gracious in wishing Sterling well and that he have a speedy recovery.

Traveling in China: The moves 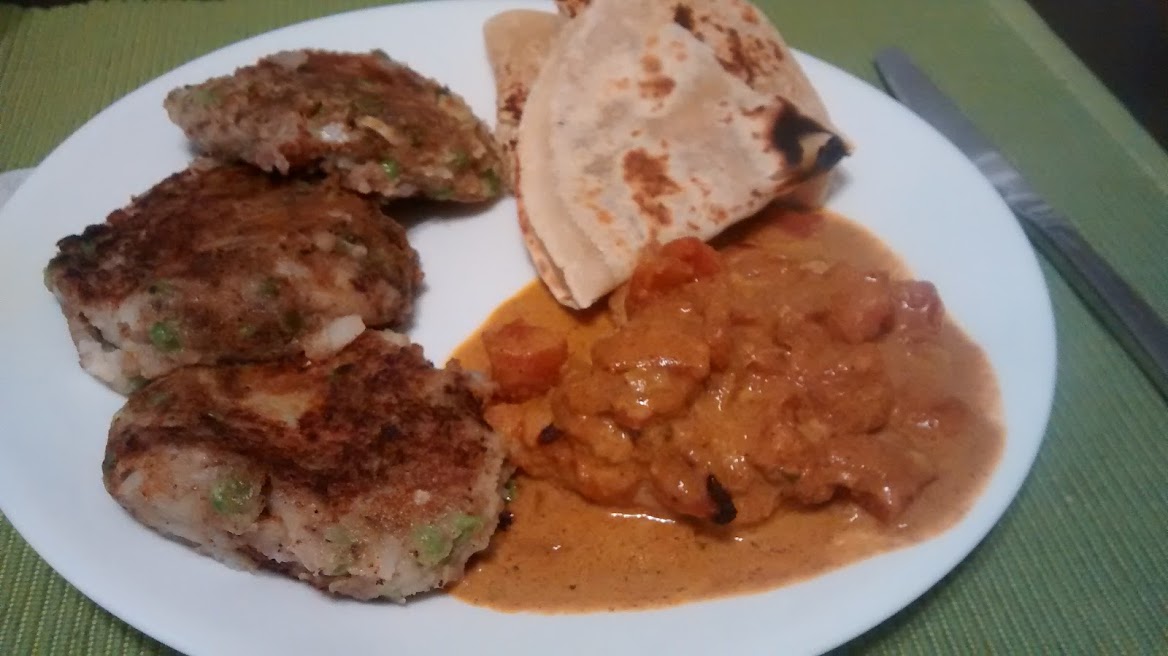 Taste of India at home