Game Seven of the NHL Western Conference Final took place Saturday at the Honda Center in Anaheim CA. Common sense would tell us that Anaheim would have the edge in this game because they have the better record and the home ice advantage.

But, from the play we have seen from both teams in this series, advantages don’t count for much. Twice we have seen one team or the other with a three-goal advantage, only to see that lead disappear. Both teams have been hard and aggressive at times, the Ducks more so, but the Hawks have battled back to win some games, taking the victory from Anaheim.

For Saturday’s game the wide-spread opinion was that the stars of both the Blackhawks and the Ducks would show up and play their best game of the Stanley Cup Playoffs. They had to because the winner makes it into the Stanley Cup final to face the Tampa Bay Lightning and the loser goes home.

In Game Seven, half of that was true; it wasn’t what anyone expected. They were trading wins in this series and the Blackhawks won game six in Chicago. It was a good guess the Ducks would win at the Honda Center. But Chicago got on the board quickly scoring two goals in the first period, both by Jonathan Toews, his second goal on a power play.

In the second period Brandon Saad and Marian Hossa added goals, bringing the score to 4-0 for Chicago.

The Ducks didn’t get on the board until nearly the 19th minute of the second period when Ryan Kesler scored from 15 feet out.

Anaheim entered the third period behind, 4-1, and with time beginning to run out, Corey Perry finally scored the Ducks second goal, 11:30 into the period. But Chicago came back about two minutes later with a goal by Brent Seabrook.

Now the Ducks were behind 5-2. With less than a minute left in the game Anaheim scored their third goal, a tip-in by Matt Beleskey, but it was too little too late.

When the Ducks fell behind 4-0 it felt like this game would be Chicago’s. Anaheim looked tired Saturday and the Blackhawks clearly played much better than the Ducks. Anaheim had more shots on the goal and more hits, but that wasn’t enough. They just weren’t the same team that won earlier in the series.

After the game many of the players and Coach Bruce Boudreau said they had played sloppy in the second period, but their play throughout the game was not up to the best Anaheim fans have come to expect from the Ducks.

The big difference in the game though was the attitude and determination of the Chicago Blackhawks. Even Coach Boudreau said Chicago just got better during the series. Plus, Blackhawks coach Joel Quenneville tried some different lines, putting Patrick Kane up with Jonathan Toews. That pairing of players made a big difference in how the Hawks skated.

Anaheim center Ryan Getzlaf, one of the stars of the team, didn’t score at all in the series, a testament to the great defensive and offensive play of Toews. The Chicago center won more of his face-offs with Getzlaf as well.

When we compare goalies, Corey Crawford had the better series. His save percentage in Game Seven was .921, compared to Frederik Andersen’s .808.

The Anaheim Ducks will recover from this disappointing series and will be back in four months to start the process over. The Chicago Blackhawks will got to Tampa Bay to meet the Lightning on Wednesday. Both teams played seven hard, physical games in their conference finals to win their chance to be in the Stanley Cup Final, so we can expect another seven games of NHL hockey. 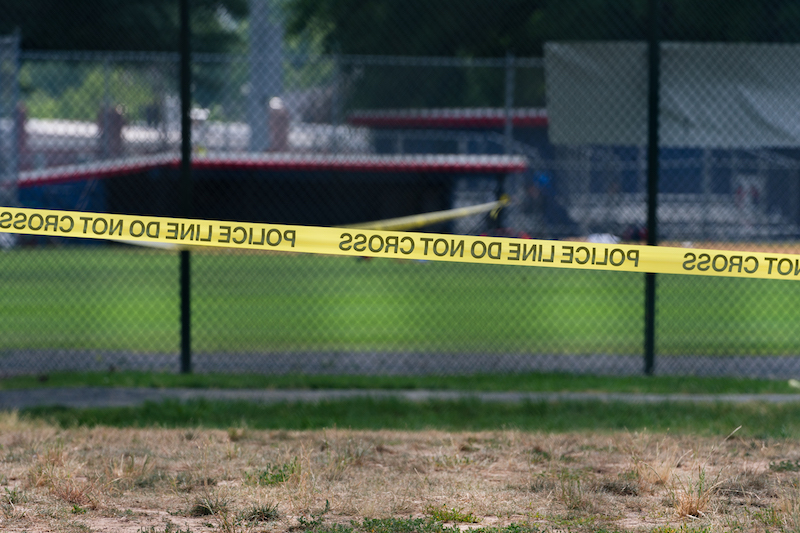 Congressional leaders plead for unity in wake of shootings