Democrats outnumber Republicans nearly 10-1 in Baltimore City, but Shannon Wright has convinced herself that she has a decent shot at defying those odds and becoming the city’s first GOP mayor since the 1960s.

Wright, 53, a pastor and a nonprofit executive is slated to formally receive the GOP nomination for mayor on Friday. Wright will face 36-year-old Baltimore City Council President Brandon Scott, a Democrat, in November’s general election. The winner will replace outgoing Mayor Jack Young.

“Absolutely. If I didn’t think it was possible I wouldn’t be running,” Wright told MarylandReporter.com in a phone interview on Thursday.

Wright said she intends to run a competitive campaign against Scott.

Wright said one-party rule has not been good for the Baltimore’s residents.

Wright said if elected she would tackle the city’s high-crime rate by addressing its root causes, such as lack of economic opportunity and lack of access to quality education. Wright said improving the school system would help improve the overall economic climate and in turn help bring more jobs to the city. Wright said she would address police misconduct by setting up policies and procedures designed to increase accountability within the department. Wright that doing so might help reduce incidents of misconduct.

But some say electing Wright is not the best way to bring about change in Baltimore.

Sen. Cory McCray (D-Baltimore City) is of that disposition. He said Scott is the candidate best suited to make changes in the city’s government.

“I’ve not only heard Democrats excited but I’ve heard Republicans excited. I’ve heard folks that were on the opposite sides of other candidates excited-about the future of not just the city of Baltimore but of Brandon Scott.”

McCray said despite Baltimore being overwhelmingly Democratic he does not believe Scott will take any votes for granted.

“I know that Council President Scott is not going to take his foot off the gas. I know that’s he gonna take each and every challenge for November seriously-and put forward the same type of work ethic that he put forward in order to win the Democratic primary.”

Richard Vatz, a professor of political persuasion at Towson University, said Wright has little or no chance of winning the election.

“I believe that short of an unpredictable catastrophe, candidate Wright has no chance to win the election. There are several ways that a heavily trailing candidate can gain significant ground. If the leading candidate has radical points of view starkly different from the challenger; if there is internecine fighting between the leading candidate and fellow party members; if there is a scandal haunting the odds-on winner; and/or if there is charisma in the challenger dwarfing that of the leader. None of these is the case, and there is insufficient time to make any of these measures operational for Wright.

“What is possible for Wright is to create an issue significant for Baltimore mayoral governing: the importance of intact and 2-parent families.  This will address majorly the quality of life in Baltimore as well as poverty over the next decade; she should point out that candidates and the media will not even address such.”

Scott’s campaign manager, Marvin James did not seem too much concerned about Wright’s campaign, as he talked about how the future will look under Scott’s leadership.

“Council President Brandon Scott has built a strong, inclusive coalition that reflects Baltimore City, while fighting for working families, developing a holistic strategy to address violence, and increasing opportunities for our youth,” he told MarylandReporer.com. “We look forward to continuing to rally Baltimore voters around the values of equity, transparency, and accountability as we work to build a new way forward.” 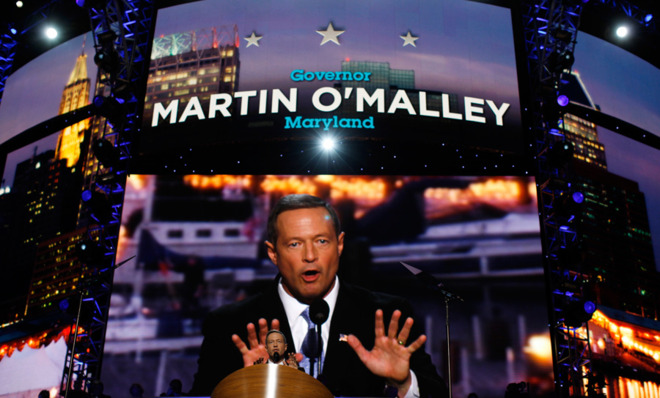 If Hillary does not run, Martin O’Malley will be the next Democratic nominee