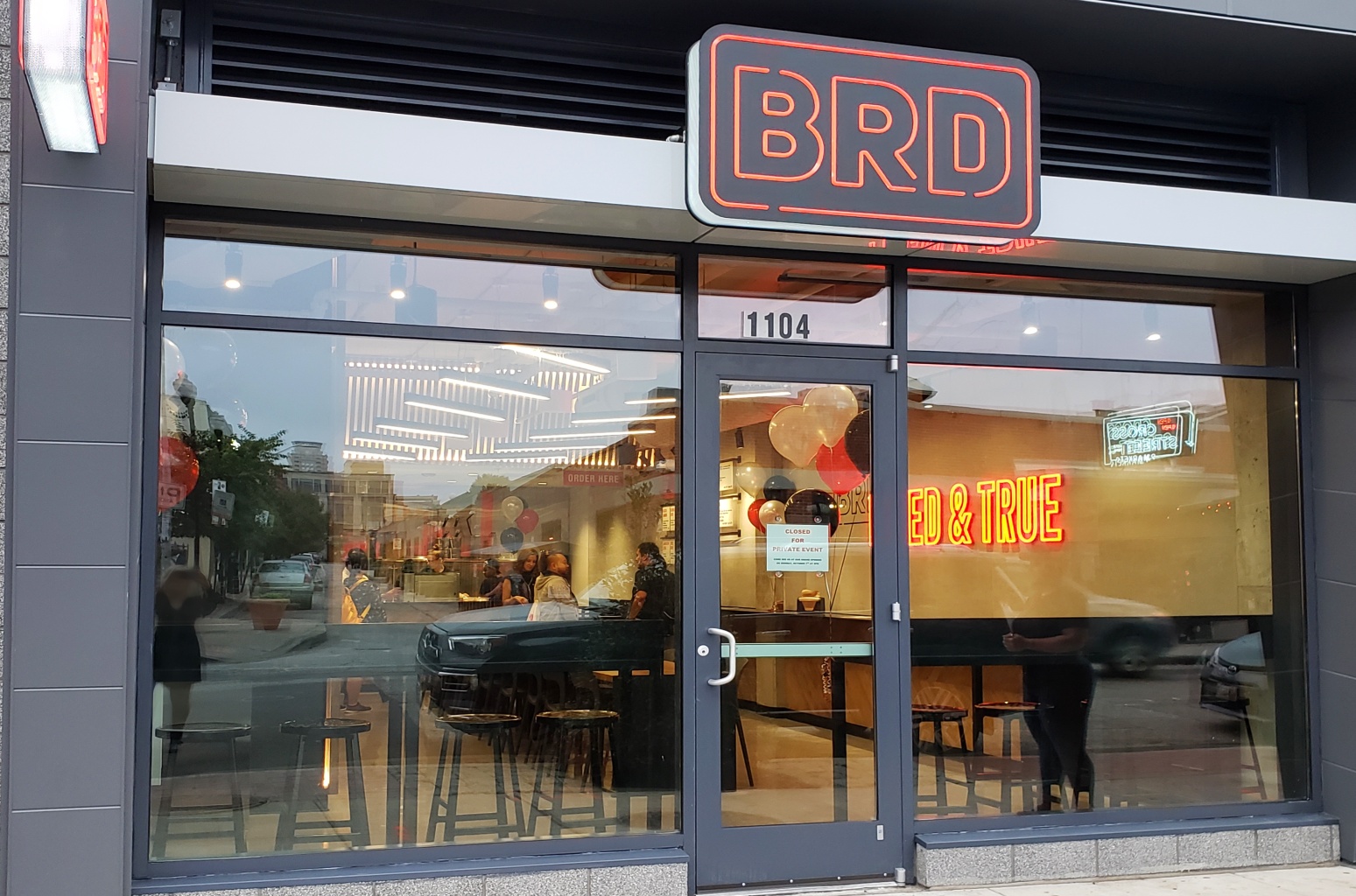 Slightly different than the Trashmen’s song 1963  Bird is the Word, this BRD is becoming the word in Baltimore with their creative fried chicken sandwiches (sandos in BRD language ), wings and BRD bites. BRD is committed to sourcing the highest quality chicken; they use boneless chicken thighs that never received hormones, antibiotics and are fried in 100% peanut oil. 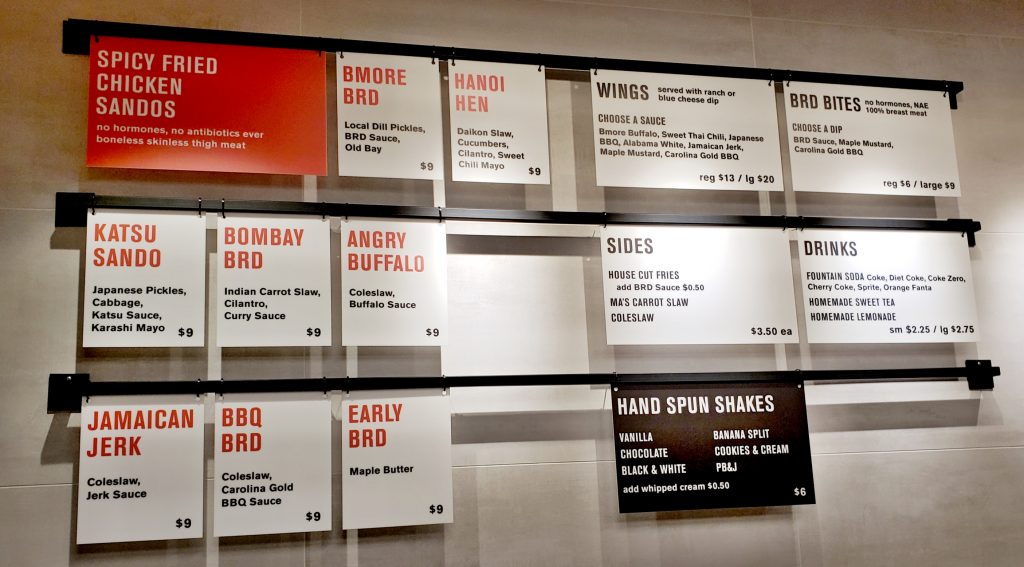 Before Popeyes Chicken Sandwich rush of 2019, BRD’s first location had been well established and landed in 2016 at the R House food hall in Remington.  My first BRD sando was at R House, it was the Hanoi Hen dressed with pickled daikon and carrots, cilantro, cucumber and chili mayo – their take on a bahn mi. I have a solid memory licking my fingers after I had devoured the large sandwich – not wanting to miss every last morsel. In total there are 6 BRD sandos with the new Bombay BRD and BBQ BRD making it seven and eight sandos offerings at their newly opened 2nd location in the Federal Hill. Tempt your taste buds with Bmore BRD, Angry Buffalo, Katsu Sando, or Early BRD.

Anthony Bourdain keeps crossing my mind and how he would find those food haunts opened late at night, searching for food after an evening of bar hopping and binge boozing.  Federal Hill is ladened with bars and an ideal location for BRD and their “opened late” Friday and Saturday hours, way into the wee hours, till 3 a.m.

Let me interject, their fries are possibly the best I’ve had in eons, not ages, eons.  The Federal Hill location being a standalone restaurant versus the R House food stall, has a greater selection like their hand-spun shakes, BRD bites, ice tea and those additional sando and wing selections.

How to deal balance work while surrounded with toxic people at work?

Montreal is a Real City of Two Unequal Parts