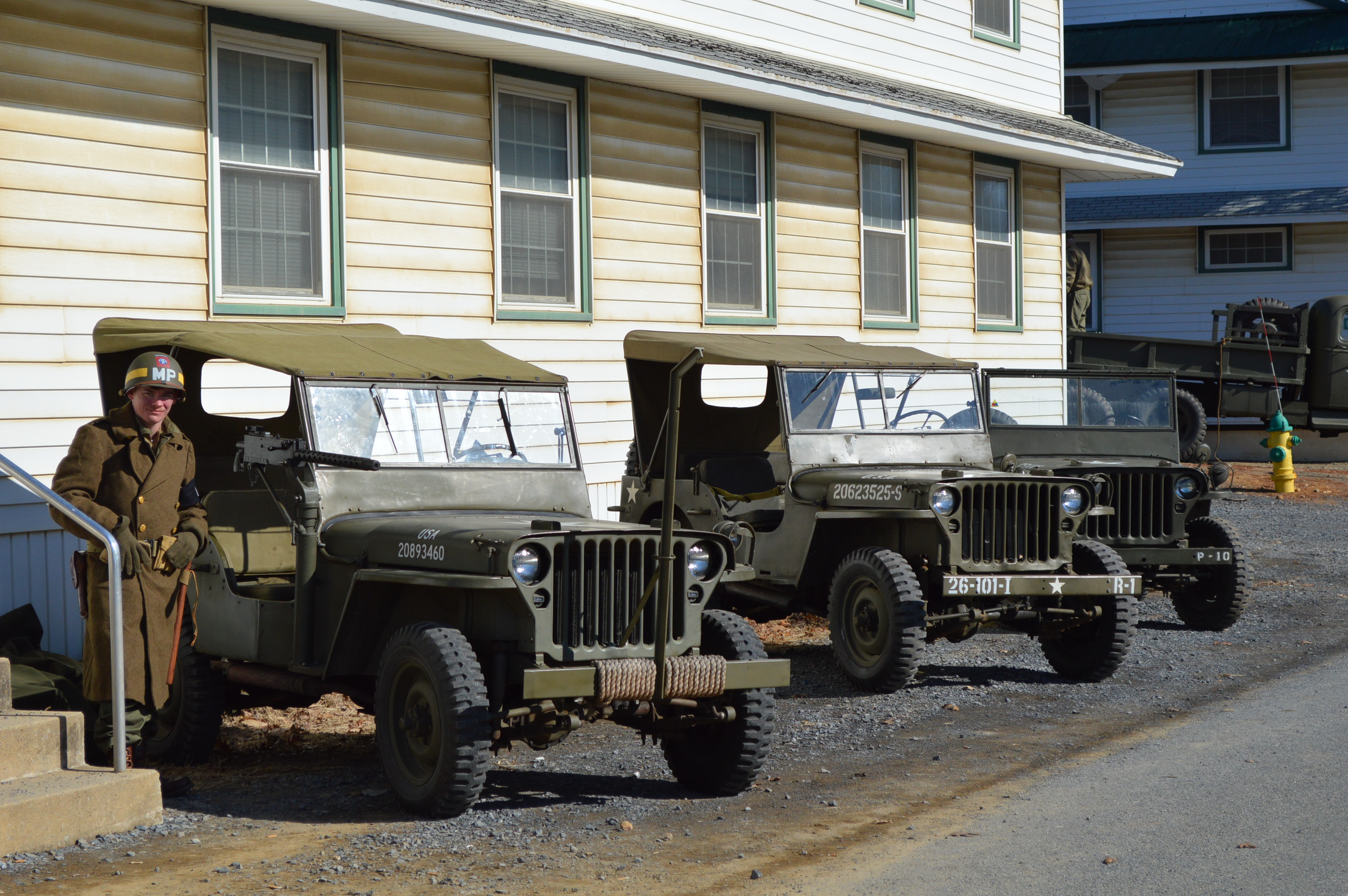 Fort Indiantown Gap, PA: A mishap with a mortar last Friday, during a WWII battle simulation, landed a 22-year-old New Jersey man in the hospital – and caused the cancellation of tactical activities for the remainder of a highly popular event. The accident occurred at the Fort Indiantown Gap National Guard Training Facility during the WWII Historical Association’s Battle of the Bulge Commemoration.

“A participant of the WWII Historical Association’s Battle of the Bulge event sustained an injury on Friday while firing an Association modified 60mm mortar tube, according to Fort Indiantown Garrison Headquarters. The injured participant was transported to Hershey Medical Center. As a result of the incident, and in accordance with regulations, the organization was placed in a safety stand down by Fort Indiantown Gap Range Control. The safety of all activities and everyone using Fort Indiantown Gap is our top priority. The incident is under investigation.” 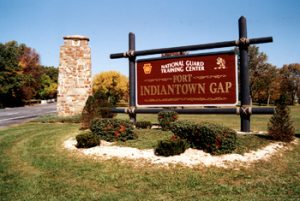 Fort Indiantown Gap (also known as FTIG and the Gap) is located about 23 miles northeast of Harrisburg, PA. A U.S. Army post with a history dating back to the French and Indian War, the Gap served as a major training facility during WWII. The 18,000 acre base sports numerous field ranges and fixed sites – perfect for recreating the life of a foot soldier in occupied Europe during the brutal winter of 1944.

The Gap is currently controlled by the Pennsylvania National Guard.

The Battle of the Bulge Commemoration at Fort Indiantown Gap is one of the largest WWII living history events on the east coast of America. The event is held every January to honor the men and women involved in the last major battle in the European Theater of Operations.

Larry Mihlon, Public Affairs Officer for the WWII Historical Association, told the Baltimore Post-Examiner the Association has been staging Battle of the Bulge reenactments at the Gap for about 30 years.

“We had about 1400 registered participants this year. Not sure on the public number, but I would guess that we had about 500 visitors. Of course, the public is never allowed out in the ranges where the tactical reenactments occur. They enjoy the displays and interaction that we have in the Area 13 (encampment) vicinity.

“I’m not at liberty to tell you much about the actual incident. But I can confirm the individual was injured during a training exercise. As an organization, however, we are addressing this incident vigorously – examining what happened to make sure it doesn’t happen again.”

Mihlon told us that for a reenactor to participate in the Battle of the Bulge event, he must complete a battery of paperwork.

“One of the layers of that paperwork is a requirement that the reenactor be a member of an approved reenacting unit or WWII club. We expect the leaders of these organizations to train their men.

“We certify the clubs routinely to do things like operate vintage vehicles, hold safety briefings, do weapons checks, and demonstrate that they know how to store ammunition. But despite all of that, it amps up our response when an accident happens. Of course, if it’s operator error, there is only so much we can do. But we take every step that we possibly can to make sure accidents don’t happen.

“One of the things we do when an incident takes place is suspend the exercises. We’ve even shut things down because of road conditions. A bus full of reeneactors may be able to get out to the range, but not a 1940s vehicle.”

Suspension of the field exercises meant many reenactoors went home early. The exodus began on Friday evening and continued throughout the day on Saturday, leaving the parade grounds around the encampment quiet and many of the barracks bare.

For those who stayed to enjoy the social activities that were on tap for Saturday night, the order of the day was education. Late Friday evening, dozens of reenactors could be seen standing outside in 14-degree weather as club leaders went over vital protocols.

We asked Mihlon if liability is a concern?

“That’s always a concern, but it isn’t a driving force. There have been accidents in the past, but they are a rarity.

“We’ve really done a lot to minimize the risk for both the public and our reenactors. We certainly don’t want to do anything contrary to the wishes of our partners here at the base.”

Mihlon applauded the hardy club-members who huddled in the cold for the twilight emergency safety briefings. But he also noted that a reprimand could be in the offing.

“We wanted to get the ball rolling as soon as possible. Each unit knew what was required of them to be in full compliance, and to their credit, they all stepped up immediately. As for the question, ‘Will the group the injured man was with be reprimanded in any way?’ That depends on the outcome of the investigation, but everyone knows some sort of censure is a possibility.”

Does Mihlon see any potential problems down the road with using the base for the reenactment?

“Well, we’re guests here, so it’s up to the National Guard. They know the measures we take to police our own people; to follow every rule; and they have always appreciated that. Our experience with the base has always been great.

“My analogy as a former police officer is that sometimes you don’t know you need a traffic light at an intersection until you have a crash. In the case of something like this, it would be foolish not to say, ‘What can we do to make sure this never happens again?’ Is there something we can do viscerally? So we’ll be looking at group training, at individuals, everything we can think of to make this event both enjoyable and safe.”

There is no time-table for the completion of the National Guard investigation. However, the WWII Historical Association has already vowed to make one important safety concession.

In a post on the group’s Facebook page, Alwyn Bryant – a vice-president of the Association – said moving forward, they will have a private ambulance on site for the reenactment events. Bryant noted that, while the reenactor medics and professional EMTs responded quickly and efficiently, the ambulance which carried the injured man to Hershey had to travel to the Gap from Lebanon – some 30 minutes away.

Hershey Medical Center is located southeast of the base – about a 20 minute drive via the closest route.

A note on the garrison emergency services page says that emergency calls are answered by Lebanon or Dauphin County Emergency Management Agencies.

The victim of the accident has been discharged from the hospital and is said to be resting at home and in good spirits.

(Editor’s note: Accidents during simulated battle exercises are nothing new. One 1942 study looked at 1,820 serious incidents which occurred during training maneuvers by the First United States Army in October and November 1941.) 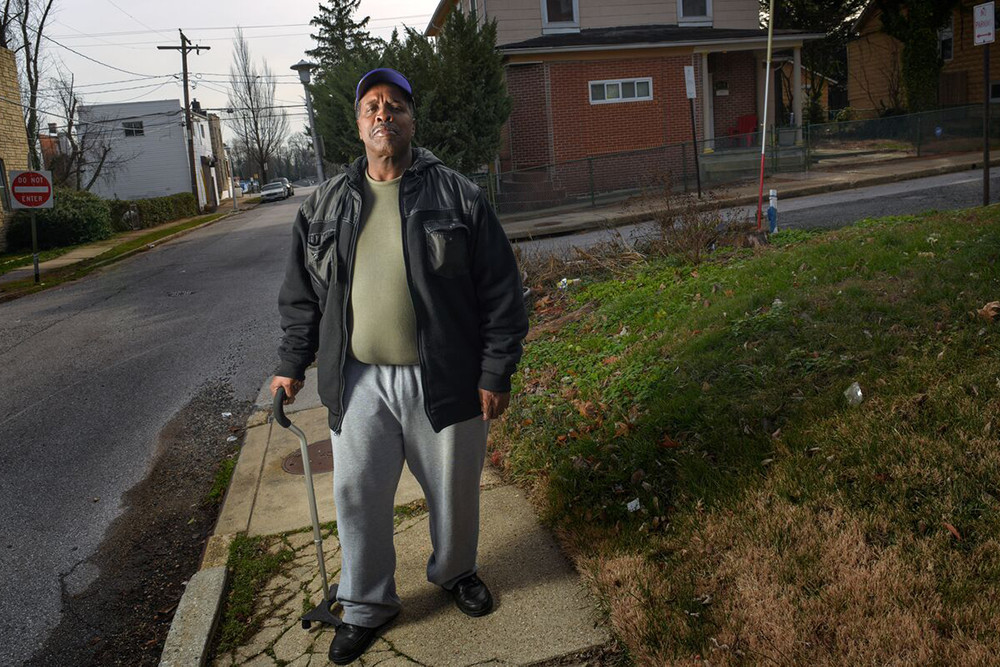 ‘They almost let me die’