For decades, the former Baltimore County teacher from Owings Mills recorded songs for the county’s school system about America’s heroes and their quarrels with injustice and intolerance. Today, many of Defilippo’s songs, recorded by the R.J. Phillips Band, are prominently featured on the website of the Zinn Education Project, a resource for teachers named after the late legendary historian, Howard Zinn.

Since his retirement two years ago, Defilippo and his band, assembled by Bill Pratt, owner of Bratt Studio in Woodlawn, have been busier than ever producing what Defilippo calls “historical/topical music for adults.”

Defilippo’s latest ballads include “Merry-Go-Round,” about the epic 1963 struggle to open up Gwynn Oak Amusement Park to black residents. His most recent piece, “War No More,” available on SoundCloud, is a tribute to priests Phil and Dan Berrigan and the Catonsville Nine who burned selective service files in protest of the Vietnam War in 1968.

“After teaching for almost 40 years,” I found fewer and fewer adults knew who the Berrigans were. But they were our history,” says Defilippo. Twenty years ago, he says, his daughter interviewed Philip Berrigan. Ever since, Defilippo has thought about the courage of the Catholic activists who, motivated by the commandment, “Thou shalt not kill,” burned draft files with homemade napalm to “keep others from going overseas” to fight. “War No More” opens with a prayer spoken by Daniel Berrigan prior to the draft board raid.

None of his tracks are destined for the top-40. But Defilippo’s words have deeply moved those whose stories he researches and puts to music. “Where’s the horse for a kid that’s black,” he asks in the chorus of “Merry-Go-Round,” inspired by the book “Round and Round Together,” by Amy Nathan. Behind Defilippo’s lyrics, Sue Tice’s kicking fiddle melds with Bill Phelan’s pedal steel guitar, Glenn Workman’s accordion, Bill Pratt’s drums and Leslie Darr’s background vocals to simulate the sounds that enthrall anyone who’s ever mounted a carousel.

Sharon Langley was the 11-month old toddler in a pink dress whose father put her on Gwynn Oak Amusement Park’s merry-go-round in 1963, on the same day Dr. Martin Luther King delivered his “I Have a Dream” speech.

Langley, a Los Angeles elementary administrator, who has worked in film and TV production, attended the 50-year commemoration of the decade-long battle to desegregate the amusement park in 2013. She says, “I was very honored Joe chose to write a song about the merry-go-round. I re-post it from time to time on my website throughout the year. It seems Joe is quite inspired and the band records often about civil rights and historical themes…a sort of musical shout-out if you will.”

“I was teaching American history in the early 80s and one of the people in the social studies department found out I wrote music,” says Defilippo, a University of Maryland-Baltimore Campus graduate who studied for his master’s degree at Morgan State University. The school system tapped his dual passions and, for the next 30 years, starting out with cassette tapes, Defilippo, who began playing drums at age 10, produced music for the county’s students.

Defilippo says his interest in learning about the lives of people struggling against the odds was stimulated reading Richard Wright’s book, “Native Son,” part of an elective course, “Poverty in the U.S.,” he took in 1973 as a Millford Mill High School senior. He says his songs usually “come from something I read,” and take a month from writing to recording. “I agree with folksingers Tom Paxton and Arlo Guthrie, who say they don’t write songs. They write down what’s traveling through their open minds,” says Defilippo, who taught in Essex, Randallstown and Lutherville and now occasionally introduces American history to visiting international students at Towson University.

“I might not still be writing these songs if it wasn’t for the people who thank me for recognizing them or their relatives,” says Defilippo. One of the compliments came from fellow musician Barry McGuire, singer of the 60s classic, “Eve of Destruction.” McGuire’s refrain “And you tell me over and over again, my friends,” is part of Defilippo’s “Finn,” a ballad about two friends who are drafted to fight in Vietnam and return home with “battle scars and lessons learned.” Defilippo sent the song to McGuire, who posted it on his Facebook page and invited the Baltimore songwriter to meet him after a show at the Meyerhoff Symphony Hall.

“Music can serve as a spark to learning,” says Defilippo. His song list includes “733,” about Olympian Jesse Owens.

“Bread and Roses,” about a celebrated 1912 textile workers strike in Lawrence, Mass., and “Carmelita.” Backed by a norteno beat, the song tells the story of Carmelita Torres, a 17-year-old Mexican domestic who, in 1917, refused to submit to a gasoline bath for delousing upon crossing the border from Juarez to El Paso, Texas. Her refusal led to a protest that has become known as the Bath Riots. (https://soundcloud.com/user660132316/carmelita)

“I Can’t think of Sunday” recounts the tragic 1963 white supremacist bombing of the 16th Street Baptist Church in Birmingham, Ala. that killed four young black girls. Written from the perspective of one of the dead girl’s sisters, the words say, “When I think of Sunday I shake my head and ask why it wasn’t me instead.”

Asked about his adjustment to retirement, Defilippo says, “It’s been mostly about the music.” Bill Pratt, his longtime collaborator, says, “The music’s all on Joe’s dime. He’s in it for the history, not the money.”

“’Freedom Ride’ is a wonderful echo to those years,” says Fankhauser. That’s high praise from a lifelong activist who worked closely with Dr. Martin Luther King and was one of hundreds of prisoners, black and white, housed on death row at Mississippi State Penitentiary in Parchman as punishment for their participation in the Freedom Rides.

“White and black activists in Parchman sang together all day,” says Fankhauser. Singing traditional slave spirituals and making their own songs, too, says Fankhauser, helped them defeat efforts of the state to break their spirit and their progress awakening the nation to the struggle for racial equality.

Like the songs at Parchman, says Fankhauser, “Joe Defillipo’s music opens up an emotional door that makes it easier for people to empathize with others struggling for their survival.”

USDA says don’t wash chicken before cooking, but is cooked bacteria good for you? 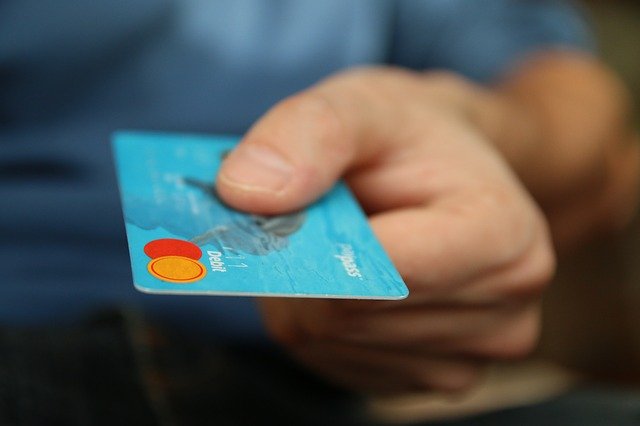 What You Should Know Before Getting Your First Debit Card