Life takes you places, you follow a course that isn’t completely of your own making. One day you wake up, and it’s really all up to you. So where do you want to live? I happen to live in a city. Baltimore, to be specific.

And I’m growing to absolutely hate it here.

I’m tired of hearing about 12 year old girls being held up at gun-point while they walk to school.

I’m tired of living in a major crime zone while paying the highest property taxes in the state.

I’m tired of hearing about incompetent city leaders who are more fixated on hosting the Grand Prix than dealing with thousands of vacant buildings that create massive slums, and rampant crime.

I’m tired of hearing the police helicopter circling overhead every night, and seeing the spotlight shine in my window.

I’m tired of reading about juveniles arrested for violent crimes who are let go because if it’s not a “murder” case, there’s no time to worry about it, or resources to deal with it.

I’m tired of checking in on neighbor and Baltimore Sun editor Jon Fogg’s Go Fund Me page to see if his family has met their goal to raise funds to help him recover from the brutal attack he suffered as he went from his car to his front door after work.

I’m tired of hearing city leaders delude themselves that people will move to, or visit, Baltimore — with visions of the Inner Harbor and the National Aquarium in their minds.

I’m tired of being surrounded by drug addicts.

I’m tired of answering the question, “Is Baltimore really like The Wire?” Answer: “Yeah it’s a complete shit-hole war zone depending on what street you turn down”.

I’m tired of looking at 11 year olds as potential thieves, muggers and murderers on my walk home from the office.

I’m tired of living next to a beautiful park that I’m scared to walk into at any time of day, thanks to regular stories of day-time muggings, drug dealing and gang violence.

I’m tired of doing the mental checklist of what I will do if I hear someone break into my house.

I’m tired of watching the murder count go up and up like a lottery pool. http://data.baltimoresun.com/bing-maps/homicides/

I’m tired of thinking about neighbor Zach Sowers, beat to death by a pack of kids outside his Canton home several years ago, completely unprovoked.

I’m tired of thinking about the horrifying final moments for 51-year-old neighbor, Kim Leto, stabbed to death in her own home by two teenagers.

I’m tired of hearing people talk about how coveted the internships are at Johns Hopkins because you get “battle zone” experience.

I’m tired of wondering why city leaders haven’t said shit about recent horrific murders committed in what I used to consider “safe” neighborhoods.

City officials ignore the fact that neighborhoods like Canton and Butcher’s Hill (supposedly appealing neighborhoods for young professionals, students and families seeking an urban living experience) have seen robberies up 35 percent and violent crime up 30 percent.

I’m tired. I don’t have to live here. But I want to stay.

I want to love this city again. I want it to get the crime monkey off its back and become the amazing place and home I know it can be.

I’m very fond of my neighbors. The people who live on my street are amazing and I consider many of them good friends. They look after my house, and I look out for them. They host block parties, offer to help each other out, and are generally awesome folks, many of them raising families amidst this increasing insanity.

Patterson Park, a half-block from my front door, is one of the most beautiful city parks in the country, and was the key defensive position for U.S. forces against British ground forces in the Battle of Baltimore during the War of 1812.

I love walking outside on a sunny afternoon and seeing the joggers, dog walkers, families, and the overall sense of diversity that I get living in the city.

Baltimore has a rich history and every building tells a story, every neighborhood has character, and as a city, it has so much to offer. On one hand there is more to do here than I could ever hope to experience, on the other hand most of the places I walk into, I bump into someone I know.

People jokingly call it “Smalltimore”, and it’s a huge part of its appeal.

Some of the best and most memorable restaurants in the country are within walking distance to my house, and I consider the owners friends.

Woodberry Kitchen — (will be within walking distance to our new office)

Some of the brightest minds come to this city every day to work at Johns Hopkins, curate at The Walters Art Museum, run businesses like Under Armour and Millennial Media, or provide unique services like the Water Taxi, which will take you from the historic streets of Fells Point to The Visionary Museum in Federal Hill.

There are bars like The Horse you Came in On, the oldest continually operating saloon in America, and Edgar Allan Poe’s last known destination before he died.

You’ll never have a shortage of fun and interesting places to take visitors who come to stay, just warn them not to leave anything in their car, use their iPhone while in a public area, or walk alone after dark. And make SURE they know how to set your alarm when they leave your house. And let them borrow your pit-bull if they want to roam around a little and explore the neighborhood.

For me, there are so many great things about this city, more than I can list here. They’ve made me proud to call Baltimore my home since 1996, when I moved here to go to graduate school at the Maryland Institute College of Art, one of the best art schools in the country.

But you just can’t ignore the crime.

It’s the elephant in the room for Baltimore City, and city officials don’t seem like they are ever going to look it square in the eye. With that kind of attitude being represented by your city’s leaders, it’s no wonder the city’s population continues to decline.

(Note — last year the city saw a slight population increase after years of decline — we want to see this continue, but I’m worried it won’t if we don’t get a handle on crime throughout the city.)

I’m looking at you Mayor Rawlings-Blake.

I don’t know how to fix Baltimore’s crime problem, but in my opinion, I do my part. I pay my taxes, I run a business where I employ other citizens of Baltimore, and my business provides a service to other Baltimore businesses and people. I report suspicious activity, I come to help when someone yells “Help”, I try to keep my home looking nice, and I leave my outside lights turned on at night.

All I know is when there are more police, there is less crime. When people get arrested for littering or loitering or being publicly intoxicated, they go do that shit somewhere else, or they think twice about doing it at all. And yes, I realize this may be a knee-jerk reaction and won’t solve all the problems. But I’m desperate for some kind of help. I want to feel safe.

If you ignore the little things, you encourage worse things to happen.

Life is a fast ride that gets faster the longer you are on it. This world is full of amazing places, amazing people, and more choices than one can even conceive. How do you decide where to make your home?

For the first half of my life, it’s pretty much been outside factors that have impacted where I live. I intend to make the second half a much more deliberate and personal process. I’m going to start with asking myself what I like and what I don’t like. And then I’m going to find my home where most of the check marks fall in the “like” column.

Being afraid you will be robbed, attacked or murdered where you live will be in the “Don’t Like” list, but it really shouldn’t be in a list at all.

Yes, I’m white, and so are lots of my neighbors. I also have Hispanic neighbors, African American neighbors, gay neighbors (hand raised), old crotchety neighbors, neighbors with kids, neighbors from countries I’ve never heard of. It’s one of the things I love about this city. But I’m not going to shut up and tell myself I have no right to be upset, when people are killed and beaten and threatened all around me. I can’t speak to what it’s like in other neighborhoods, in other cities — I’m not there. I’m here. And I hope I can stay and look forward to things getting better — for everyone.

Editor’s Note: This Op-Ed first appeared on Medium.com. It is republished here with permission from the author. 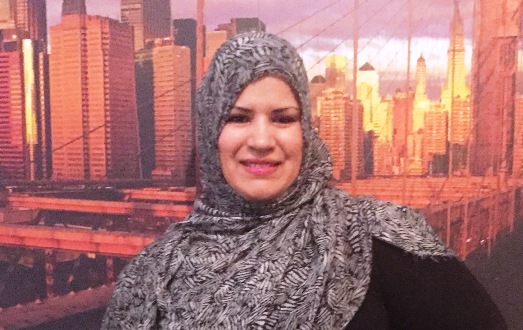 Shepherds and Wolves expands for children in Baltimore

12 thoughts on “Baltimore City, You’re Breaking My Heart: This is why people leave”