My name always has been a source of bother and pride for me. Virginia is a Latin name meaning “maidenly pure.” That’s kind of a lot to dump on any girl who doesn’t want to join a nunnery.

Both of my grandmothers were named Virginia, as well as one of my great-grandmothers. I can understand that upon meeting, my parents must have been all “no way”, and solidified their decision to name their potential daughter Virginia very early on.

While I appreciate that my name is tied to some very colorful southern family history (my mother’s side of the family has been rooted in Tennessee since around 1823), it was kind of a pain to grow up in California with such an old fashioned name. I went by the nickname Ginny as a child and was so often confused for a Jenny that I started writing my name as such just to avoid the drama. I can’t tell you how many times I’ve been asked if I am “named after the state,” although I’ve only been to Virginia a handful of times.

The only other Virginia I recall meeting during my childhood was a checkout clerk at a local grocery store, and to this day I hold her in my heart with the utmost solidarity.

Needless to say, Virginia hasn’t appeared in the top 10 anything for quite awhile. Still, 2013 proved to have some very interesting baby name preferences of American parents.

Recent years have seen a return to traditional sentiment, alongside an expansive experimentation with naming children. The continued and invasive popularization of celebrities’ personal lives have emboldened the average person to take more liberties with naming their own children as well.

The top ten names, according to Baby Center, are as follows:

Here are some of my other favorites within the top one hundred baby names not included in the top ten.

51. Sebastian (m)—meaning “venerable”, Greek. This name was second only to my first choice on the short list of possible names for my son, Dante.

40. Scarlett (f)—meaning “red”, English. Scarlett O’Hara from the classic film Gone with the Wind has left the modern woman with an enduring sense of strength, stubbornness, and a cinematic penchant toward romantic tragedy. It is beautiful, with its own spicy flair.

61. Levi (m)—meaning “joined in harmony”—Hebrew. Levi’s U.S. popularity exploded around 2002, three years after Levi Evans, son of U2 musician David Evans (a.k.a. “The Edge”) was born. I have always thought this was a pleasingly unique and “edgy” name.

71. Charlie (f)—meaning “free”—English. The fact that a gender-bending name has found its way into the girls’ top one hundred names is fantastic. The normally male Charlie has always been a favorite of mine for girls and I once had the notion during my freshman year in college that I would start calling myself this. Perhaps I was yearning for something cute, modern, and sassy, all of which are painfully absent from the puritan Virginia.

Who doesn’t love (to hate) celebrity baby names? I can’t decide if names like Apple or North are pleasant and faintly witty, or if they are too close to what a five-year old would name her hamster. Make up your own mind for some of the most talked about celebrity baby name choices of the past year.

Paisley Faye. With a name like this, the daughter of former professional softball player Jennie Finch is guaranteed to be a flirt. I admit that upon reading about her birth, I was extremely excited because only a few months ago I had musing as to whether or not Paisley was a passable name for my future daughter.

Felix Chang. Hugh Grant’s son, born early in 2013, has been given one of my favorite boys’ names. The Latin name, which means “happy”, was frowned upon by my son’s dad because of the sticky connotation to the throwback character, Felix the Cat.

Rainbow Aurora. This is an appropriately feminine name for the daughter of Playboy starlet and Vegas Showgirl Holly Madison. Although I find the imagery of a rainbow as well as a breaking dawn to be overly optimistic and redundant, (Aurora means “dawn” in Latin), Aurora was one of my own female favorites when I was younger.

Hm. It looks like I have more in common with some celebrity’s choices than I would have thought. I would like to think that Dante Luca is the best mix of classic and contemporary that I could have come up with. While most people muse over the uniqueness of my son’s name, I was eerily surprised to find out that our neighbors’ two- year-old son, who we didn’t meet until after Dante was born, is named Luca Dante. While I’m not sure what to make of this, it does reassure me that both creativity and tradition prevail alongside one another when it comes to naming our children.

Virginia Petrucci is a freelance fiction and non-fiction writer, and a former model and actress. She has a bachelor’s degree in Theatre and English, and is pursuing further education in Psychology. She has a one-year old son named Dante. 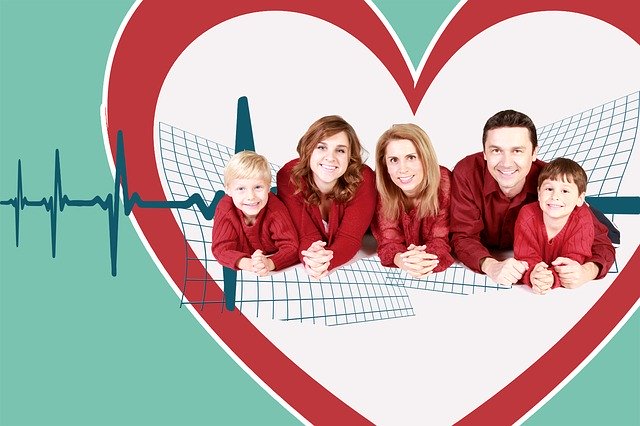 Things to Consider Before Buying a Health Insurance Plan

5 Vampire movies that really suck in a bad way

Relationships: What do we have in common, if anything?